For the Field of Therapy, Group Identity is an Unexplored Territory 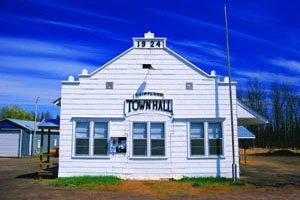 Editor's Note: Much of our most recent issue is devoted to exploring a big-picture question seemingly removed from the small dramas that take place in our offices every day: what might therapists contribute to understanding and healing the intense political polarization going on all around us? Along the way, we came across an unusually prescient article by longtime contributor Michael Ventura that still offers a provocative perspective on our current cultural ferment. We've republished it—and provided an excerpt in this blog—in the belief that, in some ways, it still seems as relevant today as when it first appeared 10 years ago.

In 1960, the American identity was embodied, here and throughout the world, by the likes of John Wayne and Marilyn Monroe, Jimmy Stewart, and Katharine Hepburn. The America that counted traced its roots to northern, Protestant Europe. Everyone else had to prove their credentials—provided, of course, that they could get in the door.

My mother spent her childhood in a Sicilian village and didn't learn English until she was about 13 and settled in Italian East Harlem. My father was born in Italian East Harlem in 1916, but English wasn't the language of that neighborhood when he was little; he didn't learn his “native tongue” until he was six and went to school. As a kid, I naturally considered myself white, but if I and my little brothers, with our olive skins, went somewhere in Manhattan like the Metropolitan Museum of Art, we were considered otherwise. Everyone knew that identity depended on what street you walked—in your own neighborhood, you were a normal American; everywhere else, you were not, quite.

Throughout the tumultuous changes of the '60s and '70s, the prevalent assumptions about ethnic assimilation proved surprisingly sturdy. African Americans made progress (of a kind); anti-Semitism became much less prevalent (or had to hide); even Italians became respectable. But these were urban developments. In small, rural communities, especially in the South, Midwest, and West, the old expectations and prejudices remained strong.

For instance, when I lit out to explore America in 1972 (never to return to the East Coast), I was having a quiet, solitary beer in a Texas Panhandle bar when four large males, the very image of “the Texan,” came up to me and one of them asked, in a thick Texas accent, a question you still hear now and again: “You're not from around here, are you?” This is less a request for information than a flat statement of fact. Before I could answer, I was asked, “Are you—a New York Jew?” I was frightened to suddenly be given the burden of upholding the honor of my Jewish friends, but the code on the streets where I grew up, in Brooklyn and the Bronx, was that a man can never back down. So I said as levelly as I could manage, “No. I'm a New York Eye-talian (mocking their accent), but I wouldn't mind being a New York Jew, if it came to that.” Fortunately, the response was “Play any poker?” We played some cards and they let me alone thereafter, finding small, noninvasive ways to make me remember that they were real Americans, and I was, well, “not from around here”—here meaning “from sea to shining sea.”

But by the end of the '70s, the identity of women, African Americans, and even gay people had changed drastically. In the '80s, with immigration barriers being breached on all sides, the American identity began to be transformed. By the time we reached that once-magical realm, “the year 2000,” everything to do with the concept of “American identity,” both personally and collectively, had gone so completely haywire as to become indecipherable, and most of us are more confused about our national identity than seemed possible half a century ago.

It seems clear then that to understand America's crisis of identity—the fundamental changes that have occurred in the last few generations, and the thoughts and emotions that ensue from them—you need to know more of America than just its affluent coastal cities.

I lived in Lubbock from January through September 1973—not as a resident, but as a drifter, taking my time passing through because I met some Lubbock-born artists and musicians of extraordinary gifts, the rebels of the town at the time. The Lubbockians I got to know were all Texans, mostly born and raised in Lubbock or in Texas Panhandle towns within a two-hour drive. This was true of the overwhelming majority of the city's population of 100,000. Ethnically, most were some Anglo-Saxon mix, frequently with Celtic ancestry—Welsh, Irish, or Scots—thrown in, but let's make do with “Anglo-Saxon” for ease of reference. Cherokee or Apache blood had often been added a few generations back. Many traced their American ancestry to well before the Civil War, and many of their grandparents, literally, had come to Texas in covered wagons.

In 1973 in Lubbock, Anglo-Saxons, Latinos, and African Americans didn't mix socially (to state the obvious and put it mildly), and kept to their own neighborhoods. Once or twice, at the Cotton Club, I saw an African American male dancing with an Anglo-Saxon female; I admired their guts and feared for their safety. The only Jew I was aware of was the Long Island–born friend who'd driven me there, and she didn't stay long. Lubbock's cuisine in those days was limited: lots of Texas diner food, some Mexican eateries, a Chinese restaurant, an Italian restaurant, and that was about it. Back then, Lubbock bragged about having more Christian churches per capita than any city in the world. All the Texans in town had pronounced Texas accents.

Thirty-five years later, Lubbock has doubled in size to 200,000, and I've been a resident for three and a half years. Like many such rural centers, the city has changed. These days, many who've grown up here have barely a trace of Texas in their speech; the young, especially, sound sort of San Fernando Valley-with-a-lilt. The best supermarkets in town are identical to the best in Los Angeles; they even have kosher sections and sell challah on the Jewish sabbath. There's a market serving families from the Indian subcontinent, and lots of good Thai eateries (run by Thais who've been here a generation), a Vietnamese restaurant (run by Vietnamese), two French restaurants, and a fancy new Italian restaurant run by a New York Italian. There's a mosque. And I'm told the synagogue has a visiting female rabbi.

Thirty-five years ago, Lubbock was Texas. Now a strong Texas accent is as unusual as a cowboy hat. The town still is a family-values place—conservative and Christian. You still have to drive across the county line to buy package booze, and Lubbock still advertises itself as a pure creation of the pioneers of the Great High Plains. Yet it's become cosmopolitan; there's no other word for it. That's no small matter.

Yet psychology is ill-equipped to understand group identity because, for this field, it's a new concern. As a practice and as an intellectual enterprise, psychology has rarely dealt with sociological issues like class, or historical issues like migrations. But it must, if the field is ever to come to grips with the effects of group identity on individuals. These issues enter the consulting room through individuals, but they can't be grasped by a psychology of individuals. For instance, the virulence of anti-immigration feeling in America today can't be adequately understood by studying an individual's psychological history, family life, and so forth—the usual territories of psychological investigation. That feeling can only be understood in an individual's sociological context.

The Scope of Change

Two years ago November, I drove Kansas and Nebraska with my friend Dave. We'd read that in many counties there were now fewer people than in the late 1800s, and we wanted to see for ourselves; we did. Prairie-grass swayed in the wind where there'd been farms. Town after town looked like what I've described of the Panhandle: they had different architecture, but always the beautifully built and long-abandoned county courthouse and dozens of empty stores.

I forget the name of the Kansas town where we stopped for lunch. It was like a scene in an old Western: we walked in and everybody stared as we took our seats. Dave, he could be a businessman from down the road (as, in fact, he is)—distinguished looking, tall, gray hair, casual clothes—walked into this diner alone, and he was fine. Me—maybe it's my olive skin, maybe my gray pony-tail, I don't know—but the people in that Kansas diner looked at me with naked, livid hatred. One farmhand couldn't take his eyes off me. Sitting with his friends at lunch, he stopped eating and stared at me, his face trembling—trembling! I don't exaggerate—with rage and hate. I didn't look like anybody in the county, so I instantly became symbolic of “the enemy,” the unseen enemy who's changing everything.

These people are watching their towns die, watching their way of life die. To put it in psychological terms: they're watching the death of their very identity. Naturally, they cling to that identity tenaciously, but it's hollow and doesn't resonate anymore. Republicans and right-wing demagogues play to them, so they vote for Republicans, but it doesn't help. Liberals and Democrats rarely to talk to them and never talk with them, so why would they listen to or vote for them? “Blue state snobs” make jokes about the “stupid Red states.” These rural people aren't stupid: they're furious. Time has passed them by, and they want somebody to blame—a useless but human need.

A panic of identity can sway politics, but politics can't legislate identity. Such questions get decided by forces more inexorable. It's worth repeating: Lubbock, Texas, 1973, would never have agreed to become Lubbock, Texas, 2008. Lubbock and all of America have changed beyond anyone's power of choice. What many can't admit is that change never stops for our convenience. History never picks you to be its exemplar, because history is never satisfied with you or me or anyone. The forces of history aren't a matter of the past, but of what comes next. When history repeats itself, it does so in a different language or a different mix of colors.

The world will never again be the world out of which psychology developed—monocultural, white, principally Judeo-Christian. Psychology has an immense intellectual project before it. In such a world as ours today, the individual and the family can't be understood solely in terms of the individual and the family. Psychology must greatly extend its boundaries if it's to remain relevant and applicable.

Psychology, as a practice and as an intellectual project, must realize that the contexts out of which it arose are no more. The psychological parameters of the Jamaican-Jewish-Irish-Iranian married to the Chinese-Lakota-African-Latino, with their two Jamaican-Jewish-Irish-Iranian-Chinese-Lakota-African-Latino children, will be...different. The globally referenced world they'll inhabit will be utterly different from the Euro-American world that produced today's psychology.

This blog is excerpted from "Of Us and Them," by Michael Ventura. The full version is available in the November/December 2017 issue, "Our National Blame Game: Can Therapists Help Find a Way Forward?"