The Perils of Empathy at Full Throttle

Four Strategies to Protect Yourself Against Vicarious Traumatization 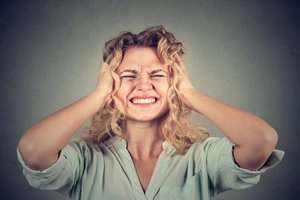 Ruth, 42, had recently begun a new job as a social worker, specializing in emergency relief with a family-services agency. An experienced professional, she loved the challenges of this work. She enjoyed helping desperate people, and got a sense of victory from making hard-to-get resources—aid, housing, money—materialize, as if from thin air. But after a few months at the agency, she was dreading her work. Almost as soon as she began her day, she felt exhausted and depressed. She felt so depleted, she was afraid she'd have to quit and go on disability. She despaired at the thought that she might have to give up work that meant so much to her, and she had no idea what to do next.

Ruth's agency engaged me as a consultant-supervisor. In a group meeting that I conducted with Ruth and her coworkers, Ruth bravely revealed her predicament. "How long had she been feeling this way?" I wanted to know. To the best of her recollection, she said, it had started in the last few weeks. "Were there any unusually difficult new cases during that time?" "Yes, there were," she said, and proceeded to tell the group about a case she found particularly troubling—a woman who'd fled from her violent and abusive husband to a woman's shelter, which had referred her to Ruth's agency for additional assistance.

As soon as Ruth started speaking, she showed signs of traumatic stress arousal: her skin became pale and clammy; her hands shook. I asked her to pause and focus on her body. "Was she aware of any physical sensations at the moment?" She said she felt cold, sweaty, and shaky. When I asked what she was feeling, she began to cry. "What's happening to me?" she sobbed. "I used to be able to handle much more than this!" She couldn't stop the flow of emotion. Luckily, it came in a small-group context, among supportive coworkers.

Though Ruth's reaction was intense, it wasn't unusual. Emergency relief or other work with traumatized people is always demanding and wearing: it frequently poses the risk of vicariously traumatizing caretakers, and yet, our field isn't well prepared to help them. As a matter of course, we recommend supervision for therapists and social workers, and we encourage clinicians to discuss difficult cases with colleagues, but we don't always recognize that, for people working with traumatized clients, just talking about it may not be enough.

Trauma—whether the client's original injury or the clinician's vicarious injury—happens as much in the body as in the mind. All of us experience the effects of trauma in the arousal of our autonomic nervous system, the fight-or-flight reaction. Discussion about countertransference or how clinicians' own issues might impede therapy may not get at the somatic effects of vicarious trauma, leaving helpers just as emotionally and physically vulnerable, though perhaps more cognitively aware of what's happening. Preventing and ameliorating vicarious traumatization requires us to pay as much attention to physical sensations as to emotional reactions.

At Risk for Trauma

After hearing Ruth's story, I met with her alone for two sessions. In the first, I asked her to tell me more about the case that was causing her such distress. As she described the details of her client's situation, I periodically stopped the narrative to ask what she was feeling, seeing, and hearing in her mind. She answered easily, with rich and evocative language. As a helper, she was long accustomed to picturing her clients' experiences, conjuring up vivid images of their struggles as she listened to them—almost, in effect, recreating their traumas in her mind.

This is a common strategy for many helping professionals. It can be useful for becoming more engaged with clients, but it poses dangers. A misconception held by many helping professionals is that to help their clients, they must feel their clients' pain! In fact, feeling overly intense empathy can undermine the ability to provide an anchor for traumatically overwhelmed clients. It doesn't help such people to see that a therapist is feeling as provoked by trauma as they are.

When Ruth pictured her client's situation, she wasn't being an objective observer seeing the events from the outside. Instead, she was picturing herself in her client's shoes, seeing the situation from her client's perspective. If a client described an automobile accident, Ruth imagined herself in the driver's seat, frantically trying to avoid the crash.

After getting a sense of Ruth's processing style, I explored her patterns of interaction. "How do you sit with clients?" I asked. "What's your interaction like when you're in your office together, working with a client?"

Like most helping professionals, Ruth would either go on site or see clients in her office. Often, she placed a client's chair close to hers or at the side of her desk, so they could, almost literally, "put their heads together." She tended to lean toward clients. As a way of communicating empathy, she'd mirror their facial expressions and gestures. When a client conveyed a pained or sad expression, Ruth responded with the same countenance. Part of this behavior was conscious (she wanted to communicate that she understood and was moved), but part had become second nature, as automatic as breathing.

To lessen the emotional impact of a client's story, I teach helpers to adjust how they process information. Ruth needed to learn how to attend only to the words her client was using—just to listen to them, without conjuring up any of the vivid images they suggested. I proposed she try out different ways of relating to her clients: sometimes attending only to words, sometimes relying on her usual mode of creating images. She could also experiment with creating images of what the client was telling her, but from a perspective other than her own, a perspective she could handle better. She could imagine watching her client undergo the event, rather than visualize it happening to herself. She could imagine the traumatic scene unfolding at a great distance, or on a movie screen, or even on a tiny black-and-white television set. Any stratagem that helps distance a traumatic scene will dampen its emotional power. The idea was to give Ruth a greater sense of control over how she received and processed information.

I encouraged Ruth to maintain awareness of her body sensations and facial expressions. She needed to practice how to communicate concern without feeling the client's every emotion. She came to the conclusion that she should sit farther away. She placed the client's chair on the other side of her desk, not beside it. The desk provided a natural boundary, which protected her from feeling so much of her client's pain.

Ruth also set out to identify when she was mirroring her client's facial expressions. To make herself more aware of her facial expressions and physical state in general, I suggested that every now and then she take a "mini-time-out" from conversation with her client, emotionally and cognitively stepping back to focus on herself and ask, "What am I doing now?" At these moments, she'd consciously do something different—shift her position in the chair, take a breath, move her facial muscles—and watch how the shift altered how she was feeling. She found that deliberately sitting back in her chair and taking a deep breath cut the flow of the client's emotion into her own body. Much to her surprise, these changes didn't diminish her empathy: as she regained a sense of calm control, she discovered she was more helpful to her clients, better able to lower their anxiety and feelings of distress.

Ruth was not so different from the rest of us who work with traumatized people. After all, it's our gift for empathy that draws us to our work. And yet, empathy at full throttle—felt and projected 100 percent with our bodies, hearts, and minds—has its risks. Without some sense of separation, our capacity to help clients erodes. Keeping something in reserve doesn't make us heartless or cold. Far from it: the most heartfelt and healing work we do is when we're in complete possession of ourselves, and can bring to our clients a full measure of thoughtful, problem-solving compassion.

This blog is excerpted from "The Dangers of Empathy," by Babette Rothschild. The full version is available in the July/August 2002 issue, Coaching: Is It the Wave of the Future?

Great insights and techniques. I am wondering...do you ever reflect back a summary statement of the thoughts feelings and experience and ask something like; "Does any part of this remind you in any way of anything from when you were very young?" I have often (NOT always, of course!) found that the therapist becomes aware of a hidden "trigger", and often, particular events emerge that, because of the nature of how their original family system was organized, would not have been processed in any of their original attachment relationships and/or, another common theme I have seen when supervising is that, out of their awareness, they literally "carried" the feelings of almost everybody in their original family. It appears that after processing this, they become, like with the techniques you apply in this article, more resilient, and less susceptible to vicarious trauma in the future. Thanks again for this article. (BTW, it re-stimulated some similar techniques I learned when I was trained in NLP in the late 80s…, Which I trust will be very helpful when I return to work next week. :-))