The Two Elements That Hold the Key to Change 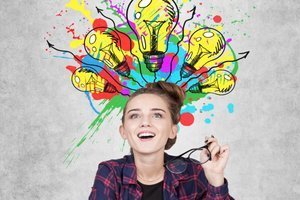 It was the kind of tense stalemate between an angry, critical father and an increasingly withdrawn teenage son I'd seen many times through the years. Greg was a single parent who seemed to regard every exchange with his shy, 14-year-old son, Tad, as an opportunity for a "corrective experience." But they were both bright and articulate, and therapy started off with both of them readily agreeing to spend more time together.

Having contact isn't the same as making contact, however. Greg routinely ended up angry and disgusted with his son, rarely missing an opportunity to find fault, much like his description of his own father's behavior. Rather than focusing on Tad, Greg spent many of our sessions talking about how bad his father had been. In short, therapy wasn't going anywhere.

Finally, in one session, I decided to get Greg's full attention. As he launched into yet another rant about his father, I said, "Forget your damn father, Greg, and focus on helping your son!" I tried to say this with just enough mock exasperation that I wouldn't sound like a critical dad myself. I went on, "You came here because you couldn't connect with your son, but every time you approach him, you get tangled up in all your old anger toward your father. It's time to cut it out! Your father's already done enough harm. Don't let him come between you and your son."

Greg was stupefied, and incredulous. "Forget my father? Stop having these feelings? What the hell kind of therapist are you?"

"Good question," I replied. "I'm the kind of therapist who hates to see the same painful pattern repeated over and over, and, today, I'm a therapist who hates to see long-dead fathers ruin the bond between their sons and grandsons. So your father isn't welcome in this room, for the time being. I don't want to hear a word about him until further notice. I want all of your attention on your son, and on the present. I want you to focus on doing what your father couldn't do, instead of repeating what he did."

As a younger therapist, I'd have thought that this moment with Greg was an unadulterated triumph. I'd have basked in the feeling of new energy between us that I sensed when Greg was caught off guard, and I'd have assumed that Greg had been stimulated to consider a new way of behaving. Basically, I'd have thought my job was all but done and transformation was just around the corner. For, as a younger therapist, I was convinced that the challenge of really getting the client's attention couldn't be overstated. In those days, I didn't ask questions about the larger context of a Big Moment--how it could be employed in the totality of a client's life.

This is a story of learning the hard way.

I used to get very excited when I thought that clients were about to embark on what I called a project--a course of action that crystallized a problem into a unifying undertaking; a Big Moment extended over time. Here's an example.

Tammy's family came to see me after moving to Charlottesville, Virginia, to get 16-year-old Tammy away from Tony, the boyfriend-from-hell who'd slept with her and later given them all a pregnancy scare. But moving the family hadn't changed gorgeous, talented, spoiled Tammy's feelings about ne'er-do-well Tony. While the parents lectured and cried, she stayed absolutely glued to her dream of true love. This in spite of her admission that Tony cheated with other girls and had walked away when she feared she was pregnant, saying, "It could be anybody's."

When I couldn't get the family off a fruitless repetition of the same battle over changing their daughter's mind about Tony, I decided to see Tammy alone. In these individual sessions, I appealed to the princess in her—a major feature, to say the least. I asked her how a guy should treat a girl in general. Her answer included every romantic cliché from flowers and jewelry to spaniel-like devotion. I had to fight the temptation to point out that Tony hadn't met a single one of these criteria. Instead, I asked her to muse about how it looks when a guy comes through, how it looks when he doesn't, and how a girl can tell the difference.

As Tammy became increasingly involved in our discussions, a project emerged: Tammy would go on a field trip back to her previous hometown to see whether Tony could pass this test of how a guy should treat a girl. I didn't bring up this excursion directly, because she needed to come up with the idea and structure the "test" herself. When she did, I was very skeptical, and made her think through every ramification. She listened to me and plotted her "data collection" with an energy and verve I'd never have thought possible in the early, listless stage of our work together. I began to see a maturity and level of insight I hadn't suspected she was capable of. Once she'd considered every aspect of the visit, we planned how to go to her parents with this outrageous idea.

When she did approach her parents, they hit the roof, as we'd expected. But she was able to convince them that she really had to see for herself whether Tony was a creep. So, with lots of preparation, we sent her back to spend the weekend seeing her old boyfriend.

The week of the experiment, her parents and I had our hearts in our mouths. Then Tammy came back reporting that Tony was "okay," but there was now a noticeable shift; she no longer seemed to feel any real excitement about him and had no plans to continue the relationship. The project seemed to have gotten her into a new mode of thinking—critical and observant, rather than mushy-headed and romantic. The more she talked about Tony, the clearer it became that she didn't particularly like him. We all breathed a sigh of relief, and I felt great that the project had worked so well.

But then the unexpected happened. After the project was over, Tammy dropped back into her funk. She got into meaningless struggles with her parents and lost the spark that had made her an attentive, excited collaborator. I couldn't get her interested in taking on any other challenges and, ultimately, lost the family to their resigned sense that they'd done all they could. After our creative leap, it seemed, no real change happened.

Why didn't it work? Why did I lose Tammy's interest? While the trip to see Tony had captured her imagination, once that adventure was over, she was again staring out the window and asking whether the session was up yet. Tony wasn't the white knight she'd imagined, but she remained obsessed with finding one. This quest was far more interesting to her than working on boring issues of self-worth and empowerment, which had been important only in the context of the "Tony test." I couldn't translate the excitement generated by our project into an ongoing interest in growing up. So what I'd thought of as the beginning of the work turned out to be the end.

Now I understand that I was expecting too much of a 16-year-old. She'd faced a challenge and met it, and this increased her awareness. She wasn't going to grow up according to my timetable. I was paying more attention to my goals than to her life and her teenageness. Perhaps I should have suggested that she and the family digest the experience, and that we meet again in six months to compare notes. Almost certainly, she'd have pursued another white knight with similar results. Then, with work, I might have been gotten her to perceive the repetition and begin to root out the white knight myth. But I was so enthralled with our Big Moment, our project, that I couldn't get focused on how to keep her interested in growing up. Once the excitement of the project was over, both Tammy and I got bored with the grunt-work of change. I failed to understand that if I wasn't excited with gradual growth, I couldn't expect excitement from my clients.

The Big Moment is good for getting people's attention, but we always need to bear in mind what we're getting people's attention for. The role of the creative leap in therapy is to establish a strong involvement with an issue and engage clients fully in the difficult and laborious business of change. But however valuable creativity can be in setting up the conditions in which transformation may take place, change itself requires repetition and commitment to altering habits and revisiting an issue over and over and over again. People often need a startling moment of awareness to build the small changes around, but the startle itself usually won't suffice to shift lifelong patterns.

In these days of Managed Care and Therapeutic Minimalism, my biggest concern about therapy is that we don't ask enough of it. Too often, we don't push ourselves or our clients hard enough to make the changes that make a real difference in people's lives. It's taken me more than 30 years to realize that it's the combination of two strange bedfellows—imagination and repetition—that holds the key to change.

I still cherish and nurture my ability to sometimes make a dramatic intervention that gets my clients' attention, but today, when it works, I immediately recognize that I have a new task: keeping it in our sights. How do we tie it in to the day-to-day realities of life and get our insight to play out in real ways? Often that's harder to do than the original breakthrough, but that's what makes our job as therapists challenging. I realize now that, for many years, I was letting myself off the hook too easily by thinking, "Now that I showed them the way, my work is done." Today I know that good therapy requires a whole second sequence that builds on insights and carries clients forward in a variety of ongoing, daily events.

To move clients out of their ruts, their numbness, and their stuck places, we need to get their attention and start their adrenaline going at a rate that wakes them up and helps them to experience the fullness of life again. Creative Big Moments can be indispensable for this. They also get us out of our own ruts and make us feel more alive, making them a great antidote to the pitfalls of this profession and the perils of burnout. Intense, vibrant, liminal, human interaction—experience that goes off an edge and soars—is wonderful stuff for everybody involved. It's something to strive for in therapy, to recognize and cherish when it occurs, and to help clients build upon in their daily lives. But the Big Moment needs many little moments to make it stick.

That may sound like an underwhelming conclusion, but something else I've learned as a therapist and a man is that the simplest things to say can be the hardest to do, and can take the better part of a lifetime to learn.

This blog is excerpted from "The Big Moment," by David Waters. The full version is available in the November/December 2005 issue, Learning to Fly: Creativity in the Consulting Room.

Read more FREE articles like this on Creativity and Professional Development.

True. Things that look simple are often the most difficult!