A Child’s Respect is Bestowed, Not Extracted

How Much Parental Authority Do We Really Need? 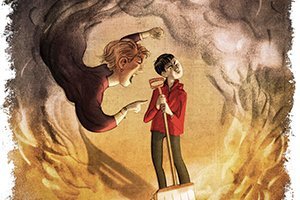 If I’d ever talked that way to my mother, she’d have killed me right there on the spot!” Over the years, I’ve heard some form of this lament from many parents complaining about the younger generation’s lack of respect for adults. Some think it’s because their kids aren’t afraid of them, not realizing that they don’t need their kids to be afraid of them to get them to do what they want. They just need their kids to respect them—and not their authority or status, but who they are and how they’ve chosen to show up as a parent.

That kind of respect eludes controlling or authoritarian parents. Preoccupied with commanding deference, some parents fail to recognize that a child’s respect is always something bestowed, not extracted. Thus, they end up forfeiting the opportunity to remain credible influences on their children in favor of levying control, which is a poor and costly approach to relationship building. After all, the ability to control one’s child is always time-limited: kids grow bigger, grow up. It was this feeling of losing control over her 12-year-old son, Jack, that brought Donna in to see me.

Requesting a private parent consultation, Donna came to her first session alone. In her late 30’s, she’d been divorced for several years and was working successfully in the marketing industry. In addition to Jack, she had a nine-year-old daughter, with whom she cited no problems.

“Jack is so polite to his teachers and coaches and friends’ parents,” Donna told me. “They’d fall over backward if they found out how rude he is at home and how much we argue, especially when I ask him to help around the house. I don’t know what it is between us.” She paused before adding, “Every other weekend, he stays with his father, but he says he never has any problems getting Jack to listen to him.”

I asked Donna what had brought her in to see me now, rather than, say, six months ago. In response, she told me a story. After a recent snowstorm, Jack, at her request, had shoveled the driveway and front walkway but had refused to clear the last part of the sidewalk. The more Donna insisted he finish, the angrier and more defiant he became. In fact, he became so enraged that he lurched at his mother, who responded by chasing him around the kitchen table. “When I finally caught him,” she told me unapologetically, “I pinned him on the ground and screamed, ‘Now go shovel the sidewalk!’”

“Oh,” I said, nodding slightly. My facial expression stayed light, my eyes held hers, and I added, “Okay.” It was my way of telling Donna that I wasn’t at all rattled by what she’d shared, yet at the same time saw how deeply in trouble she felt as a parent.

“I’m not proud of it, but that’s why I’m here,” Donna said. “I know what I’m doing isn’t working, but I don’t know what else to do. I just wanted him to finish shoveling the sidewalk.”

Clearly, the failure of physical force to wrest compliance out of her son had marked the end of Donna’s ability to leverage control as a parenting strategy. The problem was that she had nothing with which to replace it. I responded to her by inviting her to revisit Jack’s refusal to do that last portion of the sidewalk with a sense of curiosity, rather than outrage. “Here’s a kid who did a few hours’ worth of shoveling for you,” I said, “so his behavior probably isn’t about just wanting to be difficult. I’d have been curious to find out what changed from earlier in the day. Maybe I’d have asked, ‘I don’t understand, Jack. You were so helpful all day, and your attitude now is so different. What’s going on?’”

“But isn’t the most important thing that he shovel the sidewalk? Otherwise he wins,” Donna replied.

“No,” I told her. “The most important thing is seeing the big divide that’s opening up between you and your son, and figuring out how you guys got there and how you can get back.” I wanted to introduce Donna to the idea that maintaining control, extracting an apology, or making sure a job gets done can matter less than taking care of the relationship. In this case, it could’ve been as simple as finding out whether something was troubling the boy.

“I’d be kowtowing to him if I don’t make him do the sidewalk,” Donna said, revealing to me the degree to which she sought control over Jack, and how far she was from seeing that “winning” wasn’t the most important thing in predicaments like these. I was also learning that empathy didn’t come easily to Donna, and wasn’t a quality she particularly valued. But I felt that showing my own empathy for her would encourage her to do the same for her son, helping her recognize the value of patience and understanding in crafting loving, lasting relationships.

“I think what’s important is understanding Jack’s decision to say no after having said yes for most of the day,” I responded. “Would you have been able to ask him about that with interest—like genuine interest?”

Donna sat back. “Probably not. I was too angry by then.”

“I get it,” I said gently. “It could be that there’s just too much resentment at this point to respond thoughtfully in the moment.” I wanted to normalize Donna’s anger and her difficulty, showing her how I could be understanding when she probably expected me to be critical. “You know what I find sad about all this, Donna, is that something that could’ve been a conversation wound up being an argument. Maybe Jack was cold or tired. Maybe he felt he’d done enough. It’d be great if he could tell you, but most kids don’t just volunteer that on their own. They need somebody to ask them.”

“I find myself either yelling or dripping with sarcasm,” Donna said. “It’s a problem. Like last night, I was looking forward to watching some TV with Jack, but I was worried he’d do or say something to ruin the evening. So I tried to prevent that by saying, ‘You know, if someone doesn’t say something snide about finishing his homework, we might actually be able to watch some TV.’ Jack looked at me and then just spent the rest of the night in his room. So instead of him ruining the evening, it was me.”

“Donna,” I replied, “so many of your interactions with Jack are based on what you can or can’t get him to do. I want to help you find other ways to influence and relate to him.”

“Well, you were just saying that yelling and sarcasm were your go-tos. What if you were more careful about how you spoke to Jack, maybe worried less about being in control of your interactions with him?”

“Yeah,” she sighed. “I know it just makes matters worse whenever I’m sarcastic.”

“I worry that it leaves him feeling resentful too, and that’s something that doesn’t just go away. Resentment builds and then bleeds all over everything if it’s not attended to.”

“I know, it’s just that when we argue I’m usually so angry that I’ll do anything to get his attention, even if it means hurting his feelings.”

“Donna, you already have Jack’s attention. What you really want is his respect. See if you can turn these arguments into conversations. Like when you told me about Jack getting mad at his sister for reading the book he’d left in the family room. You’d said something to him like, ‘Jack! You can’t keep her from reading the book. I bought that book, which means it’s my book. And I say she can have it!’ That’s a situation that didn’t need control. It needed de-escalating, and resolution.”

“I don’t know what else I’d say,” Donna replied quietly.

“What about something like, ‘Whoa, Jack, why are you so angry about your sister reading your book? What are you worried will happen?’” I was proposing a response to her son’s uncharitable reaction that would have expressed a wish to understand, not just reestablish the social order.

A Boy Hugs His Mom

Donna returned a few weeks later for what would be her final session. She reported that she’d been trying to inquire rather than assume, and converse rather than argue, and she and Jack were getting along better. “I’m starting to enjoy hanging out with Jack, and I think he appreciates that I’ve tried to make things better,” she said. “He’s even started hugging me now, but it’s usually when I’m doing the dishes. He comes up behind me, and he knows my hands are wet and I can’t hug him back.” She seemed disappointed as she told me this.

“What’s wrong with that?” I asked.

“Well, I can’t hug him back. It’s like he’s controlling it.”

It was several moments before Donna spoke. “You know, I think I need to start thinking of him as this nicer kid, not someone trying to manipulate me.”

My goal for working with Donna had been, in part, to help her cultivate a faith in her ability to infuse her words and wishes and personal presence with the power her physical body had carried for years. I’d hoped she’d recognize the emotional and interpersonal returns that come from treating others carefully and respectfully. Her comments at the end of this session seemed a hopeful sign of positive shifts, not only in her parenting, but in her conception of her son. I supported her decision at that point not to schedule a next session and instead see how things went.

A year later, I got an email from her, telling me things were going well. She wrote, “You helped me see that changing how I interacted with Jack could change our dynamic. I try not to back him into corners or drive my agenda so hard anymore, and he hangs around longer at the dinner table. I also see far less anger in him.”

In the end, Donna didn’t need to say things exactly the way I said them or abandon her belief that a little tough love could be good for a kid. She needed only to be encouraged to talk with her son differently, respond more empathically, and reach out to him more kindly.

I believe most kids are eager to see their parents as worthy of their respect, and I find little else can affect a relationship as powerfully and as quickly as the reinstatement of respect between people. Granted, it’s hard for angry parents to change how they relate to their disrespectful kids before seeing a change in their kid’s behavior toward them. But somebody’s got to go first, and most kids will recognize their parents’ effort in taking the lead as the generous and ambitious gesture it is. That call to action is more persuasive than any reprimand will ever be.

This blog is excerpted from "From Tough Love to Empathic Love," by Janet Sasson Edgette. The full version is available in the September/October 2017 issue, The Future of Couplehood: Esther Perel is Expanding the Conversation.