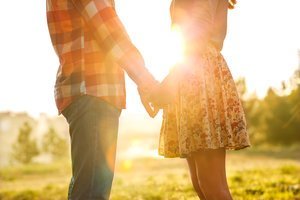 If you've ever thought that a couple's sexual relationship is a barometer of other aspects of their marriage, join the club. And if, because of this belief, your work with distant and warring couples has you shoring up their emotional bond in the hopes that the rest of their marriage—their sex life—will eventually fall into place, you're in good company as well. But there's another, frequently more practical and expedient, way to break through marital gridlock and boost passion. Just do it. I learned this simple lesson from Debra and Tom.

When I met Debra and Tom, they'd been married for 10 years and had two sons, ages 8 and 5. They were strikingly handsome individuals, devoted parents, and were surrounded by loving friends and family. Yet their marriage was precipitously close to ending.

Debra spent much of our time together complaining about Tom. His short temper was like poison to her soul. He snapped at her over the littlest things, and she felt like she was always walking on eggshells. She also complained of his lack of involvement at home. "He never seems to want to do anything as a couple, or even as a family, anymore. He never talks to me or even asks about my day."

Tom had no shortage of negative things to report about their marriage either. He didn't like being around Debra because, regardless of what he was doing, he felt she always found fault with him. He also talked about a deep disappointment in her as a companion. He wistfully recalled their early years of marriage: "She used to be fun to be with. She made me feel like I was the funniest man in the world. Now everything's serious." And after a moment of silence, he added, "We don't have anything in common anymore. She does her thing and I do mine. At this point, I actually prefer it that way."

Over the next several sessions, all my proven solution-based tools—asking about goals, listening carefully to their stories of stuckness, acknowledging their feelings, focusing on exceptions, strengths, and resources—didn't work. Six sessions into treatment, Tom and Debra (and I) were no better off than when we started. Then, not knowing what else to say, I asked them, "What's the glue holding the two of you together?" Tom's response offered the first real inkling of what I now know kept them so stuck. Tom's tone softened considerably as he spoke. "I think I've been holding out hope that some day we'll be able to recreate some of the feelings we had earlier in our marriage." Tom said that when they first married, he was passionately in love with Debra and found her irresistible. Their sex life was wonderful; they made love frequently, and he felt extremely close to her. His ability to satisfy Debra sexually made him feel good about himself as a lover and as her life partner. He recalled how their sexual relationship reverberated throughout the rest of their marriage. They often snuggled on the couch while watching television, held hands when they walked, and kissed each other affectionately. But all that changed after the birth of their first child.

Debra had become extremely focused on her new role as mother, and when she wasn't caring for their baby, she felt fatigued. Sleep—not sex—was the only thing she found herself craving. Tom's need for companionship and intimacy wasn't a priority for her. Tom recognized that the passion so characteristic of early marriage is often short lived, but felt her lack of interest in him went beyond the usual explanations for a drop in libido.

As the years passed, Debra's repeated rejections of his advances hurt and angered Tom. He refocused his energies on himself, his work, and his friends. And the more he distanced himself, the less inclined Debra felt to be close physically. Now their infrequent sexual encounters, too often tainted by feelings of resentment and hurt, left them both feeling empty. Finally, I understood the roadblocks we encountered in our sessions.

Although Tom and Debra were scheduled to attend their next session together, only Debra showed up. Tom felt that therapy wasn't helping, and he didn't wish to return. She was devastated, very tearful, and eager to hear my suggestions about what to do next.

I told Debra, "The last time Tom was here, he shared how his not feeling close to you sexually made him question whether you love him. My guess is that he probably hasn't felt important to you for very a long time." I wondered whether her being more affectionate and showing interest in sex might satisfy a longing in him and, as a result, prompt him to be kinder and more involved at home. Although Debra understood my logic, she couldn't imagine being physically affectionate, feeling as she did.

Fearful that time was running out, I cautioned her against waiting for him to change first because by then he might be gone. "Why don't you try an experiment?" I asked. "For the next two weeks, even if you're not entirely in the mood, be more attentive to him. Be flirtatious. Initiate sex a few times. Make him feel sexy. Let's see what happens." She agreed. Little did I know at the time that this offhanded, what-do-you-have-to-lose, suggestion would change the way I practiced couples therapy forever.

Debra returned two weeks later. I didn't need a mental health degree to sense instantly that there'd been a marked improvement in their marriage. Debra went on to tell me that although it seemed rather awkward and stilted at first, she began her assignment by giving Tom several prolonged kisses when he came home from work. He seemed surprised. Realizing that comfort rather than fashion had been ruling her life ever since the kids were born, she also made a point of getting out of her sweat suit and getting into a new angora sweater and pair of jeans. Tom commented about her sweater, which pleased her. Debra made more of an effort to be around Tom in the evening, even if it meant just watching television together. He seemed curious about her presence in the family room, but even more curious about Debra's suggestion to head for their bedroom in unison. They proceeded to make love for the first time in months.

Debra's reaction to being sexual with Tom caught her off guard. Feelings of resentment and anger, which had for so long colored every interaction between them, now gave way to feelings of pleasure and connectedness. At one point, Tom gently touched her cheek and looked into her eyes, and she felt closer to him than she had in a very long time.

In the days that followed, she noticed that Tom was noticeably more relaxed and lighthearted at home. He joked with the kids and joined in their activities in the evening. She also happily reported that Tom was more playful with her and seemed more interested in her life. Tom even called her from work periodically just to check in and say "Hi." They were talking more, too. Encouraged, Debra decided to continue with her "experiment." I was relieved to have finally discovered a way to dislodge the logjam that had become their marriage.

I learned several important lessons from Debra and Tom. I'd always assumed that in order to become sexual, one must first feel sexual desire. But this assumption is at odds with other aspects of my practice. For example, because I believe that behavior change often precedes affect or cognitive changes, I often encourage depressed clients to push themselves to become more active, even if they don't feel like it. Getting one's feet moving often helps to relieve depression. Yet prior to Debra and Tom, I'd overlooked this action-oriented perspective in the area of sexuality. Not anymore. Here's why.

Once I began to downplay the importance of one's present mood state when deciding if and when to become sexual, I was amazed at what I was observing in my practice. I wish I had a dollar for every time a person has said to me, "Michele, I wasn't in the mood when we started having sex, but once we got into it, I really enjoyed myself."

This reaction is very much in line with recent research suggesting that countless people don't experience spontaneous sexual thoughts or fantasies. However, when they're receptive to their partners' advances or initiate sexual contact themselves from a neutral state, being physically stimulated often leads to sexual arousal and a strong desire to continue touching. Hence, for many, desire actually follows arousal, a perspective that challenges the conventional model of human sexual response.

There's a distinct benefit to educating clients about this refreshing definition of sexual desire. When people with "low desire" realize that they can and do experience sexual pleasure once they decide to get going, they stop thinking of themselves as "nonsexual" people—a self-concept that tends to perpetuate the problem—and start feeling "sexy" again.

Debra and Tom also challenged another dearly held assumption—that emotional intimacy precedes physical intimacy. At the time, I believed that when distant spouses improve communication and feel more emotionally connected, the rest of their marriage falls into place. But for Debra and Tom, it worked the other way around. Once Debra quit blaming Tom and became more attentive physically, touching unleashed in him a desire to please her and they both felt closer emotionally. I soon figured out that for some couples, touching is the quickest and most effective road back to emotional intimacy, not the other way around.

What Is Real Giving?

When it comes to feeling loved in a marriage, everybody has different requirements. Some people feel loved when their spouses spend time with them. Others feel loved when they've had "good talks." A spouse's kind deeds—pouring a cup of coffee, making a favorite meal, warming up a cold car in advance—can, for some, prompt feelings of love and connection.

But for many, touch says love like nothing else. Making love is love. When you're married to one of those people, try as you may to express love in other ways—by doing kind things, fixing the vacuum cleaner, handling the lion's share of the childcare, paying the bills, being available for heart-to-heart talks, earning lots of money, becoming a gourmet cook, and so on—your words and actions will fall on deaf ears and "deaf hearts." People who feel love through touch accept no substitute. And unless you speak your spouse's language, you aren't doing real giving.

Does this mean that people should have sex anytime their spouses so desire? Absolutely not. But if they care about their marriages, there should be a heck of a lot more yeses than noes. And saying yes doesn't necessarily mean having intercourse (although that should certainly be on the short list of things to do in marriage). There's a whole raft of both subtle and overt behaviors—a flirtatious note left around the house, an x-rated e-mail, regular compliments about appearance, a suggestive comment, touch, or glance—that go a long way toward keeping passion alive and egos intact. People should practice them regularly.

This blog is excerpted from "In the Mood," by Michele Weiner-Davis. The full version is available in the May/June 2003 issue, Rediscovering Pleasure: Are Therapists Afraid of Eroticism?