The Seven Transitions into Adulthood 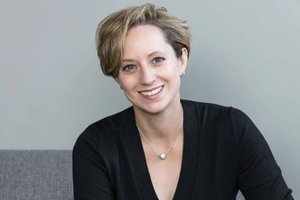 Beginning with the runaway success of Mary Pipher’s Reviving Ophelia more than two decades ago, the subject of the distinctive societal pressures on teenage girls and the mixed messages they receive has attracted increasing attention. In May of this year, a large new study found that more than a third of teenage girls have been or are depressed before the age of 17. What is it about this stage of life that still leaves so many girls feeling confused and misunderstood while their parents look on in anxious frustration? By now a long succession of books have made their presence felt by seeming to offer new perspectives on the issue and fresh answers to how best to help girls navigate the tumultuous terrain of adolescence.

One of the most recent titles to attract widespread attention—and bestseller status—is Untangled: Guiding Teenage Girls through the Seven Transitions into Adulthood by psychologist and New York Times columnist Lisa Damour. In the following interview, Damour gives us a glimpse at the map she’s developed for both therapists and parents trying to help teenage girls make their way through the treacherous, often bewildering landscape of adolescence in today’s world.

RH: Having written a book about teenage girls, what’s it like to have one at home?

Damour: I’ve been a practicing clinical psychologist for more than 20 years, and I started doing research on kids and adolescents as an undergrad. Continuing into grad school, my curiosity just got stronger. I have a daughter who’s now 13, but the book was basically finished before she was 11. And it was written entirely with my academic hat on, not my mom hat. I think that’s better. Of course, now that I have a teenager, I reflect a lot on what I wrote. So far, I don’t want to take anything back.

RH: In your work, you mention seven transitions teenage girls need to make as they enter adulthood. What are they?

Damour: I’ve boiled it down to parting with childhood, joining a new tribe, harnessing emotions, contending with adult authority, planning for the future, entering the romantic world, and caring for herself.

RH: How did you come up with these?

Damour: I supervise the adolescent cases for graduate students in the psychodynamic course at Case Western Reserve University, and often very green graduate students are required to take on vastly more chaotic and underresourced kids than I see in my cozy little private practice. Because the cases were so overwhelming for them, I started to create a checklist of the challenges teenagers are likely to face in their development. The checklist became a way to organize myself to help the graduate students, and for the graduate students to orient themselves to the work.

RH: How did you and your grad students use this tool?

Damour: As a student presented a case, we might say, “This kid has parted with childhood: she has friends—a tribe—but she has no affect regulation, so harnessing emotions is one thing we’ll work on. She gets along okay with adults, but has no plans for the future and is making no progress toward achievement in school. We’re hearing nothing about a romantic life, but that doesn’t seem to be a problem area either. And she’s taking decent care of herself.” This evaluation of those major transitions leads the therapist to focus on the areas of affect regulation and planning for the future. Viewing these cases through a clear model helps the therapist not to get overwhelmed while also helping the parents make sense of the chaos that’s often just normal development.

RH: So you’d take a look at these seven areas and assess which developmental boxes have been checked and which ones need your attention and focus?

Damour: Exactly. It’s what a lot of seasoned clinicians do intuitively. They know what to home in on, but you can’t count on that with a student who’s in their third year of grad school.

RH: In the book, you write about power struggles, technology, sexuality, emotions, communication. Which posed the biggest challenge for you?

Damour: The chapter on sexuality was the one I approached with the most trepidation. It’s hard to write a guide for a general audience about talking with teenagers about sex and sexuality that would feel as useful to a conservative family as it would to a more liberal family. But for both types of families, I was able to emphasize the power of having conversations about sex, the importance of telling kids your values, and the necessity of its being a two-way conversation, not just a handing down of legislation. Decrees don’t work for teenagers.

RH: Teenage girls have a reputation in popular culture for being mean. Why do you think that is?

Damour: They can be mean, and there’s some truth to the idea that mom is often the target. It’s one way to create distance in a close mother–daughter relationship, which they need to do to form their identity. But there’s a separate issue around meanness among girls that plays out socially.

In fact, when we look at the data, boys are consistently more aggressive than girls, not only physically, but also in terms of relational aggression. And they’re equal with girls in their capacity to exclude and spread rumors and do the kinds of behind-the-back stuff that adolescent girls are known for. But while boys might be more inclined to distract themselves if something mean happens, girls are likely to talk about it among girls. And when girls hear a friend is upset, then the girls become upset as well. In this way, one mean event has a ripple effect; it spreads, and everyone knows about it.

RH: I have young boys. What should I be keeping in mind about how they relate to girls?

Damour: I think girls get the short end of the stick on a lot of things, except when it comes to how they’re allowed to express their gender identity. You can be a tomboy and that’s totally cool; you can be into lip gloss and that’s cool, too. Boys are left with a very narrow range of behavior that’s considered masculine, even in the most progressive liberal communities. So in policing this narrow band of what’s masculine, they denigrate each other with language that’s important to watch out for, like, “Oh my God, that was so girly” or “Why don’t you hit him with your purse on the way back?” With those kinds of things, I’d say, “Whoa, there are many ways to be a man, but talking about women as something ‘less than’ is not one of them. That’s the opposite of what it means to be a good guy.”

RH: What are the most important things for therapists to know about working with teenage girls?

Damour: Because they have so much experience with judgment, teenage girls expect to be viewed negatively and be underestimated and not taken seriously. The simple reason why I have great relationships with the girls in my practice is that they can tell right off the bat that I think they’re fabulous. I’m incredibly curious about what they have to say, and I assume that they’re much more clear-eyed than most grownups, because they usually are. If you can find ways to communicate that, you’ll probably work well together. But if you relegate them in any way to the stereotypes that they live with all the time, they’ll smell that immediately, and it’s probably not worth taking them into your practice.

This blog is excerpted from "Absolutely Fabulous!" by Ryan Howes. The full version is available in the July/August 2017 issue, Left to Our Own Devices: Is It Time for Therapists to Be Concerned?