Using Mindfulness in Your Practice

...And How to Get Skeptical Clients to Give It a Try 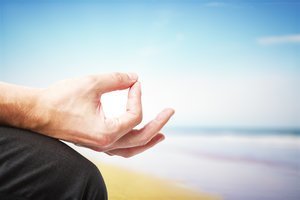 Q: I'm interested in integrating meditation into my psychotherapy practice. What's the best way of doing this, and are there situations in which meditation can be counterproductive?

A: Meditation has been clearly linked to decreased anxiety, improved immune function, better emotional regulation, enhanced empathy, increased feelings of happiness and contentment, decreased stress effects, and relapse prevention for depression. Given the strength of the research, recommending meditation as part of the treatment for anxiety or stress can be done as readily as recommending exercise.

Early on in psychotherapy, I'll often explain to patients just how and why meditation may help them, offering this as a treatment option and asking them if they'd like for me to teach them one or two simple meditation techniques. Of course, if you're going to teach basic meditation, then it's important to at least occasionally practice the techniques yourself. While I don't introduce meditation to every client, I've often been surprised that even quite conservative clients are willing to engage in practice. It's usually my more high-strung, driven, and stressed-out clients who benefit the most from these techniques. For those who express a strong interest, I'll also sometimes offer to refer them to local meditation groups for further training and support.

I usually start by telling my clients about the impressive amount of research on the benefits of meditation. I also explain what meditation does: it helps increase our experience of being in a calm, relaxed and yet alert state of mind that, in most ways, is the opposite of how we feel when anxious or stressed. It also teaches us how to be aware of our thoughts without identifying with them or allowing them to "take over," which can increase our capacity for introspection. Meditation helps people who habitually get caught up in the negative thoughts associated with anxiety by helping them learn to recognize those recurring cognitive patterns simply as passing thoughts, and let go of them, thus preventing relapses into anxiety or depression.

Once I've suggested meditation and explained its benefits, nearly all clients agree that it's worth a try. Even many clients who are likely to think meditation is "fringy" prefer trying it to starting medications, because it allows them to feel more in control of their inner mental processes and doesn't put them at risk for side effects. Roughly half of my clients who've learned a meditation technique have continued to meditate, at least occasionally, for months or years.

In the Buddhist tradition, there are, literally, thousands of different meditation practices. These include methods for developing positive emotions, doing complex visualizations, cultivating deep concentration, and analyzing the ultimate nature of the self. However, when working with patients, I generally introduce a basic form of meditation—mindfulness breathing.

In a session, I'll spend 10 or 15 minutes leading patients through the practice of sitting comfortably and focusing awareness on the natural process of breathing in and out. I teach them that when thoughts come up—as they inevitably do—the practice is just to be aware of those thoughts, but not to follow them. When they notice that a certain thought has arisen, they simply note "Ah, thinking" and then let the thought go, returning their attention to the process of breathing in and out. Clients often comment that the technique is very simple, although once they've spent some time trying it, they also observe that developing awareness and concentration isn't easy.

There are definitely patients for whom I don't recommend meditation practice. People who are experiencing a major depressive episode, for example, tend to find it particularly difficult to practice mindfulness, and there's no clear research on the benefits of meditation in such cases. However, I often recommend mindfulness practice to people who've recovered from major depressive episodes, and they've frequently found the practice useful. The increased self-awareness can help them become more alert to signs that their depression is returning, so they can intervene early to head off the recurrence of major depressive episodes. Also being able to watch negative thought patterns arise and then go away without getting caught up in them can help prevent negative cognitions from deteriorating into full-blown depression.

Another common dynamic to keep in mind is that some people use meditation as a way of avoiding difficult emotions. One patient, Paul, was very excited about the idea of integrating meditation and psychotherapy, and had come to me primarily because he knew I was familiar with Buddhist practice. As we spoke, however, it became clear that when difficult issues came up between him and his wife, instead of hashing things out with her, he'd go off and meditate to clear his mind of anger and anxiety. Thus he avoided ever working through the problems in their relationship. He also had deep conflicts in his feelings toward his parents, but again used meditation to avoid thinking about or experiencing these emotions, so his relationship with them remained superficial. He was quite surprised when I advised him to spend less time meditating and more time talking openly with his family.

I also suggested that Paul replace some of the meditation techniques he used to avoid emotion with meditation specifically designed to put people in touch with their feelings. So he began spending a little time each day meditating on loving-kindness. He'd focus on people in his life and practice thinking "these people are very precious; may they experience happiness and the causes of happiness." He'd imagine warm, loving energy radiating out to them, bringing happiness and joy. And he'd focus his attention on the feeling of being warmly and intimately connected "from the heart" with those people.

People who avoid facing their negative emotions also inevitably find it hard to feel any strong positive emotions—even love; so this technique wasn't easy for Paul. I encouraged him to use what warm feelings he could develop in meditation as a starting point from which to approach his family members, and talk with them about difficult issues in a respectful and loving way. As he practiced this meditation, he found that it became easier to talk to his family, and that the feelings of loving-kindness he'd nurtured in meditation expanded from inside himself to outside in his relationships with them.

Meditation is a powerful and well-researched tool that works well alongside other clinical interventions. And more important, perhaps, bringing a meditative awareness—with its natural sense of acceptance and compassionate presence—into your therapy practice helps create the sort of empathically attuned, intimately connected interpersonal space that facilitates meaningful, lasting change.

This blog is excerpted from "Bringing Mindfulness to Your Practice" by Lorne Ladner. The full version is available in the July/August 2005 issue, America's Therapist: Why Do 6.6 Million People Invite Dr. Phil Into Their Homes Every Day?