Why Does Parenthood Deliver Such a Fatal Blow to Intimacy? 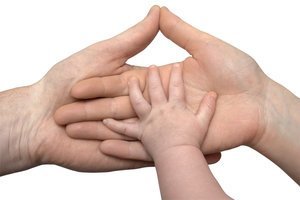 Warren Wants His Wife Back

Stephanie and Warren embody a common marital configuration: she is wrapped up with the kids, exhausted, and uninterested in sex; he is frustrated and lonely. Warren feels displaced, and claims he's been fed a litany of excuses for years. By the time they come to see me, they're locked in a pattern. He initiates, she rebuffs, he feels rejected and withdraws, she feels emotionally bereft and even more distrustful of his sexual motives. They blame each other for their sexual unhappiness, and each holds the other responsible for making it better.

What Stephanie fails to see is that behind Warren's nagging insistence is a yearning to be intimate with his wife. For him, sex is a prelude to intimacy, a pathway to emotional vulnerability. She responds to him as if he's one more needy child, and doesn't realize that this is not just for him but for her, too. She's so mentally organized in terms of what she does for everyone else that she is unable to recognize when something is offered to her.

What Warren finds intolerable is that his approach is having the opposite effect of what he intends. He is desperate for a flicker of desire from Stephanie, but he wants it just to be there, sudden and whole, the way it is for him. I explain to him that expecting our partner to be in the mood just because we are is a set-up for disappointment. We take their lack of desire as a personal rejection, and forget that one of the great elixirs of passion is anticipation. You can't force desire, but you can create an atmosphere where desire might unfurl. You can listen, invite, tease, kiss. You can tempt, compliment, romance, and seduce. All of these help to compose an erotic substrata from which your partner can more easily be lifted.

I point out to Warren that Stephanie might be more receptive today if he paid attention to cultivating her desire rather than simply monitoring it.

"Stephanie needs you to take the lead, but you can't just buy her a ticket, you have to get her interested in the trip." I tell Warren." You play an important role as the keeper of the flame. Right now, all she feels is pressure. She experiences your come-ons as abrupt and intrusive. She thinks all you want is sex. Prove to her you don't."

It was harder for me to reach Stephanie, for neither she nor I could easily separate ourselves from the abundance of ideological pressures that lurked beneath the surface of our conversation. Validating her husband's needs could easily be construed as denying hers. How to invite a woman to reconnect with her body and her sexuality, separately from her children, when she's completely uninterested in either, or when she feels undeserving or too maxed out? How to avoid the pitfall of swinging back and forth between her children's needs and her husband's needs, leaving her own perennially unattended?

Together we probe the elusiveness of her sexual agency. We explore her sexual history, how sexuality was expressed in her family growing up, and what her earliest experiences were like. She tells me how awkward her own mother was around the subject of sex, never speaking frankly but only making veiled references to morality and sin. She has never conceived of her mother as a sexual being, and it doesn't escape me that history might be repeating itself.

We talk about how her sexual identity changed as the result of pregnancy, childbirth, nursing, and motherhood. Putting her personal experiences in a broader cultural context, we discuss how the politics of motherhood, the chastity myth, and the medicalization of pregnancy and childbirth all conspire to denude motherhood of its sexual elements. I recommend the gem of a book Sexy Mamas by Cathy Winks and Anne Semans, which discusses the topic of sexuality and motherhood in an accessible, down-to-earth, and sex-positive way. I suggest she leave it in plain view on her bedside table.

Together we explore how she might reclaim a right to pleasure, with its inherent threat of selfishness, in a way that doesn't leave her feeling like a bad mother. One upshot of these discussions is that Stephanie does something radical (for her)—she goes on a weekend retreat with her sister, leaving Warren and the children to their own devices. Getting to that point took a lot of work, but I sense that before she can open herself to sex, she needs to expand the domain of personal pleasure altogether.

Not only do their rendezvous help maintain the emotional connection so critical for Stephanie, they also help her to make the transition from full-time mom to lover. "For so long, my thinking about sex was about how to avoid it. Knowing that Warren and I have a date has helped me to anticipate it instead. I pamper myself. I take a shower, shave my legs, put on make-up. I make a special effort to block the negativity and to give myself permission just to be sexual."

My work with them isn't finished. Things have definitely improved, but for this couple, and for this woman, caring for small kids doesn't agree with eroticism. I suspect that when they reach the next life stage—when the kids are both in school full-time and Stephanie is back at work as she plans—new energies will be released. In the meantime, thinking of it as but one phase in a life-long relationship helps them remain patient and hopeful.

This blog is excerpted from "When Three Threatens Two" by Esther Perel. The full version is available in the September/October 2006 issue, Couples Adrift: What Science is Telling Us About Helping Troubled Relationships.