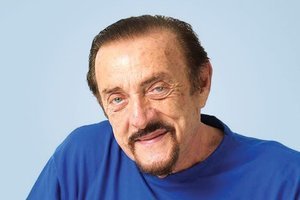 It’s been almost 50 years since social psychologist Philip Zimbardo’s notorious Stanford Prison Experiment, which revealed how easy it is to distort people’s personal values and identities and push them to become perpetrators of sadistic acts. Since then, Zimbardo served as an expert witness during the Abu Ghraib trials and published a bestselling book on the psychology of evil called The Lucifer Effect.

However, the man famous for shining a light on our worst authoritarian impulses has more recently pivoted his work to focus on human connections and positive change. He founded a clinic that helps clients push past self-imposed limits around shyness, and after decades of research on the psychology of personal and social growth, he’s established a program that frames heroism as a continual, everyday choice that can be taught, learned, and modeled.

In the following interview, Zimbardo reflects on his legacy and answers a critical question: is our field doing enough to improve the wider world?

RH: You’ve done so much in your career. How do people generally know you?

Zimbardo: I’m best known for creating evil in my 1971 Stanford Prison Experiment, in which college students were randomly assigned to play the role of prisoner or guard. What was unusual about that research is that instead of being limited to a single class hour, the prisoners lived in that setting 24/7. The guards worked eight-hour shifts, and the study was supposed to go for two weeks. But it actually ended after one week because it got too realistic. The boys playing the guards became creatively sadistic. And within five days, 5 of the 12 boys playing the prisoners had emotional breakdowns—even though we chose only normal, healthy subjects, based on personality tests and clinical interviews. In fact, you could see the character transformation day by day, hour by hour in our videos.

RH: Two years ago, a movie about it came out called The Stanford Prison Experiment. It was billed as a thriller and got pretty good reviews.

Zimbardo: Yeah, and it’s about 90 percent accurate. I was the consultant on the movie.

RH: What was it like to see yourself depicted on the big screen?

Zimbardo: It was really strange! I went around the country touring with the film, and at this point, I’m never going to watch it again. As interesting as it is, that’s not how I want to be remembered for.

RH: What would you like to be remembered for?

Zimbardo: There are a few things. One is the Stanford Shyness Clinic, which I created in 1975 and is still in the community 40 years later. I was the first person to do research on shyness in adults. In 1972, I started talking in my class about shyness as a self-imposed psychological prison of silence, where each person becomes his or her own prisoner and guard. No one ever says because you’re shy you can’t raise your hand, can’t ask for a raise, can’t ask the girl for a dance. It’s self-imposed. As in the prison study, you limit your freedom of speech, your freedom of association. As a prisoner, you reluctantly accept these limits, and your self-esteem goes down.

In studying shyness, we created a shyness inventory and did laboratory and cross-cultural research for many years. We collected lots of data, hundreds of thousands of surveys of shyness. In 1977, I wrote the book Shyness: What It Is, What to Do about It, and the next year I wrote The Shy Child about younger kids. Then we created this clinic in the community, and it’s been very effective, because we know what shyness is and can target it.

RH: What can therapists do to help people with shyness?

Zimbardo: There are three domains to work with. The first is social skills, where we mainly teach people how to carry on communication and read nonverbal cues. The second is negative thoughts, where we use principles of cognitive emotional therapy. And the third is physiological arousal, where relaxation, meditation, and hypnosis come in. Not all people need to work in all three domains; for some, it’s only one or two. But that’s part of why we’re so effective at the clinic, because we can tailor our therapy precisely for each person. None of it involves looking at the past and asking, “Where did your shyness come from?” We focus on the here and now: “How is shyness being manifested in you, and how can we change that?” Many programs deal with social phobias and social anxiety, but we’re the only one that says we’re focusing on shyness.

RH: How would you distinguish social anxiety from shyness?

Zimbardo: Shyness is simply the popular term. Part of shyness is social anxiety, fear of being rejected, and in some cases, not knowing what to do. Social phobia is the clinical term and is more extreme.

RH: What other aspects of your work would you like to be remembered for?

Zimbardo: This is very important: I’ve flipped 180 degrees from focusing on why good people can become bad when you put them in a negative situation, to studying how ordinary people can become heroes. I created a nonprofit foundation in 2008 called the Heroic Imagination Project. We have an elaborate educational training program based on fundamental social psychology for high-school and college groups, and we hope to bring it down to middle and primary schools. The project shows how to inspire ordinary people to think of themselves as heroes-in-training. That means every day you do daily deeds of kindness and goodness and compassion, so heroism becomes a social habit.

This is minimal heroism. It’s not risking your life. In fact, we say to be a wise hero, you should never be an impulsive hero—you should always be reflective. Press the pause button, analyze the situation, decide how to help. For example, one of our lessons is on how to transform passive bystanders into active heroes who do the right thing when somebody’s in need. We teach how and when to do the right thing, when to get help, when to get an ally. This is relevant to bullying, not only in schools, but online and in corporations.

RH: You were president of the American Psychological Association in 2002, after 9/11. The focus of your presidency was to give psychology away to the public. How are we doing?

But I’m not sure we’re doing as good a job as we can. The problem is that the major development in psychology is neuropsychology. And it’s not clear how you give that away because it’s much more technical and esoteric. Psychologists have to learn how to frame their messages. You’ve done your research; now how do you frame it so that it’s interesting to the media? It has to be appealing, and the media have to see it as useful. In graduate school, there should be a course on how to get The New York Times or Malcom Gladwell to want to talk about your work.

In 1969, when George Miller was president of APA, he was the first to say that psychologists should give psychology away to the public. But he then went on to do esoteric research that psychologists could barely follow. I followed that up by saying we need to give away psychology that’s more than just psychobabble or “Gee, everybody knows that.” It’s got to be good enough for people to say, “Wow, that’s interesting! Knowing that will make a difference in what I do and how I do it.”

This blog is excerpted from "Everyday Heroism" by Ryan Howes. The full version is available in the May/June 2017 issue, What Now? Five Therapists Face the Limits of What They Know.