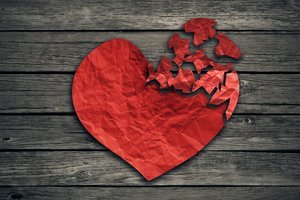 When relationships fail, men suffer as much as women, particularly when they're the ones who've been left. Some men struggle with a pattern of being repeatedly left because of their difficulty expressing—or even feeling and recognizing—their own emotions. But when such men come into therapy, typically in a crisis after a partner has just ended a relationship, they have an opportunity to learn not only how to communicate more personally, but also to discover how much they've become estranged from their own inner life.

In my practice, I've found that therapeutic work with these clients has three parts: helping them recognize when they're feeling something, coming to understand what those feelings might mean, and discovering how to experience their feelings in a way that enables them to share them, and so connect with others.

As a Contemplative Psychotherapist whose approach combines the wisdom traditions of Buddhism with the clinical knowledge of Western psychology, I find mindfulness and awareness-based techniques especially helpful when working with men who are unable to read their own inner emotional signals. But just teaching them mindfulness isn't enough—they need to learn how to be mindful in relationship, a skill they can practice only when interacting with others. The therapeutic relationship itself provides the opportunity for clients to find new ways to engage their inner experience, while learning how to truly connect with another person.

Luc came to see me last fall in great distress after his most recent relationship had ended. In his early fifties, he's a tall, curly-haired, good-looking man, whose blue eyes crinkle when he smiles, which he does often. He's the co-owner of a successful business and a former public official. An intelligent, sophisticated man, he moves easily in the world.

He said he came to therapy because he was feeling "desperate." He'd moved to town with his girlfriend Cynthia, but after nearly two years of an on-again, off-again relationship, she'd abruptly cut off all contact. He was shocked by his own reaction: he'd been crying uncontrollably for days. When he wasn't crying, he ran what he called the "Cynthia movie" in his mind, obsessing about what went wrong, what he said, what she said, and what he could do to get her back.

What Luc hated and feared most of all was being alone, and he dreaded going back to his solitary apartment. At the same time, he knew that if he quickly got involved with another woman, he'd only be repeating the same old pattern—which, obviously, wasn't working for him.

From the beginning of treatment, I sometimes felt connected to Luc and sometimes completely invisible to him. While he could easily draw me in with entertaining banter, when he talked about his own life and personal issues, it was as if he were talking to himself. He used vague pronouns, and I had to ask questions repeatedly just to understand what he was saying. For instance, at one point in our first session, he said, "It's been hard." When I asked what the "it" was, he lit up. "Oh good," he said. "You're not going to let me get away with that." It wasn't that Luc was trying to mislead me; he'd simply become accustomed to being distanced from his own experience, which was reflected in his language. In that one moment, he looked directly into my eyes, and I felt a sense of genuine connection before he was gone again into his somewhat detached monologue.

In our first few sessions, I asked about his early history and what he knew about being alone. The sixth of nine children, he'd grown up surrounded by others, but didn't remember much nurturance at home. His mother was, by turns, neglectful and abusive; his father, largely absent. Luc told me that he recalled being dropped off alone on the first day of kindergarten. Early on, he'd learned to be a self-sufficient child, who grew into a self-sufficient man who could handle anything by himself, thank you very much.

I asked him when he'd last seen a kindergarten-aged child. Together we wondered if he'd benefit from taking a look at one. During the next week, he closely observed a group of youngsters on a playground and then reported: "Those kids were really little, really young. I was let loose way too early." This set the pattern for "homework" assignments: we'd agree on them together after either one of us had made the initial suggestion.

In cultivating Luc's awareness of his direct experience, we began with his sense perceptions and body sensations. Sometimes I'd invite him to simply observe what he noticed in his body or ask him to do a body scan. Like many clients, it was easier for him to identify what he could perceive through his senses than what he felt inside his body. Using the sense perceptions—sight, hearing, smell, taste, and touch—became a useful anchor to the present moment.

With practice, he got more skilled at tracking his inner-body experience, though, at first, all he could notice was tightness in his chest and throat. We agreed that he would, from time to time, practice tuning in to his bodily experience when he was home alone. This proved to be far more difficult than either of us expected, because he tended to fall into mindlessness practices right away—continually rerunning the Cynthia movie, smoking cigarettes, biting his nails, even occasionally drinking alcohol—that distracted him from being with himself.

In our sessions, Luc's speech reflected his feeling of disconnection with himself and with me. For example, he'd refer to himself in the second or third person. "You're home alone and what's there to do? You just end up smoking cigarettes and thinking about Cynthia." I taught him the Gestalt technique of replacing "you" and "it" with "I." "When I'm home alone, I don't know what to do. I end up smoking cigarettes and thinking about Cynthia." He was delighted to be able to catch himself being mindless and found this a useful and simple tool, not only for bringing mindfulness to his speech, but for experiencing his feelings more directly. Unlike some clients who might have become defensive, Luc was genuinely curious and interested in tracking his own mindlessness.

Luc and I then started to work with identifying and re-owning the feelings and thoughts he projected onto others, especially onto Cynthia. For example, one day he was listing a number of things he viewed as being wrong with her. "She's so pathetic. She lives behind a wall. Behind that wall, she's a perfectly okay person, but she doesn't know it. I can see how good she is, but she can't." I invited Luc to try on these attributions as projections—to experiment with saying about himself, using first-person pronouns, what he'd been saying about Cynthia. I explained that often we attribute to others thoughts and feelings that we'd prefer to ignore in ourselves. I suggested he try it and see whether anything he said felt like it fit his own experience.

He began, "I'm pathetic. Yeah, I can see that." I encouraged him to try on the other things he'd said. "I'm behind a wall. Okay. Yeah, I recognize that one. Oh, I don't know about that next one. I'm a perfectly okay person, but she doesn't know it." I quietly corrected him. "Oh. I'm a perfectly okay person and I don't know it. I'm good but I can't see it." His voice cracked as he let that in. In that moment, I could see and feel a shift. He teared up, but, this time, it was tender sadness, containing some insight into his own situation, not the blind anguish of a bereft child. He was able to look at me and stay connected. Our eyes met and his face remained soft. As before, this lasted only a brief time before it faded.

In the next weeks, Luc continued to explore re-owning the thoughts and feelings he'd projected onto others. He discovered increasingly that he could feel his feelings and tolerate their intensity; he could even sit quietly at home, recognizing what he was feeling. He became aware of his sadness, anger, and fear. More often than not, however, he still withdrew into himself when he actually felt his feelings with me. Staying in contact with me and simultaneously feeling his inner experience was extremely challenging because he still was afraid to feel his feelings with another person, even me.

Around this time, he began to do some volunteer work with the disabled. He practiced noticing his projections with the clients and with his co-volunteers. For example, in working with an autistic boy, he said, "He doesn't even know I'm there." I asked him to try this one on as a projection. "I don't even know I'm here," he said. "Or maybe, it's I don't even know you're here." This gave us the opportunity to explore more deeply how he cut himself off from me.

One co-volunteer, in particular, Rachel, piqued his interest, and he noticed his habitual inclination to entice her into a relationship. They've begun a friendship, and Luc is monitoring things as they develop. He hasn't yet started a "Rachel movie"—a video constantly running inside his head, with commentary about their interactions—but he's fully aware that he could easily fall into that old habit.

At this point, he's made significant progress in bringing mindfulness to his sensations, feelings, thoughts, and images. Increasingly, he can tolerate emotional intensity. The more he can do this, the less he'll be tempted to latch on to a relationship as a way of escaping from being alone. He's begun reaching out to others and bringing more of himself along. This is true of his relationship with me and somewhat so with Rachel.

He sees that he still has a ways to go, but he has a sense of movement and progress. "I feel like a woman I once saw skiing," he said recently. "She was blind and being helped by a ski instructor. She couldn't see anything, but was tethered to him. I imagine she was scared and shaky, but also determined to do it. It couldn't have been any fun. That's exactly how I feel."

"And how is that for you right now?" I asked, expecting to hear him say something about his fear and discomfort.

"I feel like I'm in an all-white room, and I'm kind of amorphous and white myself. The floor is all eggshells. I'm not very comfortable, and I feel really vulnerable. I can't see where I end and the room begins." Here he paused for a long time, then looked directly at me and said, "But I'm really okay with that."

I believed him. He really was okay with it. For perhaps the first time in his adult life, Luc was able to tolerate emotional intensity, as well as the painful uncertainty and vulnerability that arise when we try to break long-engrained habits developed in our early years to protect us from suffering. Although our work isn't complete, my hope is that Luc's increasing mindfulness of his inner life can allow him to engage more fully in relationships, including perhaps the sort of close and caring relationship he longs to have one day with a life partner.

This blog is excerpted from "The Mindful Swimmer" by Karen Kissel Wegela. The full version is available in the July/August 2010 issue, "The New Monogamy: Can We Have Our Cake and Eat It Too?"