Finding Strength in the Family Narrative 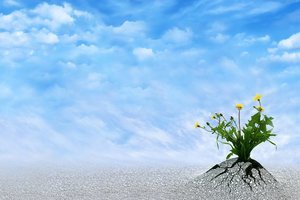 Q: The family I'm seeing is obsessed with what's "wrong" with their misbehaving child, and want me to make him stop doing what bothers them. As a strength-based systems therapist, what do you recommend I do to help them tap into their own resilience?

A: Contrary to popular opinion, resilience isn't so much something innate to an individual as a process nurtured by human relationship. People who tell inspiring stories about overcoming loss or trauma often describe a vital relationship that gave them the emotional strength to get through hard times. Statements like "My Mom always believed in me" or "My English teacher thought I was smart when no one else did" are signposts of systemic resilience passed on to an individual. Likewise, successful families often have examples of resilience—stories of obstacles faced and conquered together—woven through the family narrative.

However, sometimes even strong, resilient families can feel their core strength threatened by problems, or more particularly, by a "problem person" in the family. At these times, the "bad behavior" of the "difficult person" becomes the focus of the story, and the family stops being interested in solving the problem together and just wants the therapist to take its resolution out of their hands.

This can create a dilemma for a strength-based approach to therapy. Your inclination is to help family members draw on their resilience and competence to find their own solutions to the problems. But if you begin pushing self-help ideas too soon, without establishing a relationship and building the kind of context in which resilience can naturally emerge, your clients may feel that you aren't listening to them, don't understand their situation, and are offering simplistic solutions that have no possibility of succeeding.

So how can you quickly let the family know you appreciate their frustration and unhappiness, help them see the situation for what it is, give them hope that it can improve, and get them involved in finding their own in-family solutions? I've found that preparing clients to become involved in finding their own solutions to their problems is a vital first step in helping them tap their resilience. Resilience-based therapy isn't about giving clients a set of action directions, but rests first on helping them enlarge their own mental framework by looking at the problem differently and realizing that there are many options for resolving it. So preparation for change is as important as change itself—in fact, the latter probably won't happen without the former.

At the Child Guidance Resource Centers, the large mental health agency in suburban Philadelphia where I work, I was asked to do a family consultation with an outpatient therapist who was struggling with a loving, close-knit, middle-class family that was desperate to decide whether to place their recently adopted 13-year-old son, Daniel, in residential care.

Daniel, who'd come to the family with a diagnosis of Reactive Attachment Disorder (RAD), a developmental disorder that often exhibits in ambivalent and contradictory responses to caregivers, was stealing compulsively from school and from family members. His parents, Janet and Paul, had reacted by grounding him for the foreseeable future and confiscating his personal items one by one until his room resembled a barren prison cell. Relationships within the family were strained, and extended family members were adding to the tension by urgently advising increasingly severe punishments.

After hearing a good deal about Daniel's unacceptable behaviors and the failed attempts to stop them, I decided that the best way to help his parents enlarge the lens through which they viewed their problems and prepare them to try some different approaches to change their son's behavior was to engage them in a more formal "clinical" exploration of possible sources of his actions. Could we possibly find some meaning for his behavior that might disarm the defeatist, blaming family view that the boy was just bad?

I explained to Paul and Janet that Daniel's behavior was probably traceable to the first 12 years of his life, and most likely had little to do with them. I acknowledged that simply having a better understanding of the psychological underpinnings of a RAD-diagnosed child wouldn't solve their current problems, but that it might lead to more effective methods of dealing with the symptoms. It seemed to calm both of them to hear that their son's problems weren't his fault or their fault.

After my explanation, Janet recounted that a woman at the adoption agency had told her a month or so before Daniel's adoption became final that his biological mother had spent time in prison for theft, and that she'd taken her son on stealing sprees when he was young. As Janet and Paul mulled over this revelation, it was encouraging to see that they appeared willing to consider the expanded, more complex view that the stealing might have an unconscious meaning for the boy. Paul noted that it now seemed to him that his extended family's view that they were too "soft" as parents reflected frustration more than an accurate reading of the situation.

This expanded view of the stealing episodes was obviously meaningful to the two parents, and changed the emotional atmosphere of the room. But how could they learn to translate it into action and respond to Daniel differently?

At this point, I paused and mentally reviewed what I'd already heard during the session, remembering one of Paul's vignettes about an afternoon two weeks earlier when Daniel had returned home from school late and agitated. He'd been in a fight with another boy, and then was disciplined by a teacher in a way he felt was unfair. Hours later, Daniel still couldn't settle down, and was by turns angry and tearful. His parents' attempts to counsel, understand, and explain couldn't dislodge his agitated perception that an injustice had been perpetrated. Finally, at around 10:00 that evening, Paul took Daniel out to the garage and located two pairs of hedge-clippers. They then went to work trimming the hedges in the front yard by moonlight for two hours. When they finished, Daniel ate a snack and "went right to bed," according to Janet.

As I reviewed this story in my head, I realized I'd stumbled into strength-based territory. "There's a solution," I thought! "They should do more of that."

I stated clearly to the two of them that the behaviors their son was exhibiting wouldn't yield to direct, escalating punishments. Although discipline was certainly a part of the picture, exiling a child with this kind of psychological profile into an empty room for hours at a time was likely to backfire. I asked whether they'd consider the possibility that some part of a solution might lie in "the story with the hedge-clippers." Why did they think that the evening finally ended so well? "We wore him out" "We distracted him," they said. Fair enough, I thought, but I asked Paul, "Do you think anyone but you could have made that happen?" A thoughtful silence was the only response. Then, after a moment, Janet said simply, "Daniel likes spending time with his father."

In doing resilience-informed therapy, the therapist tries to find the family's strength and resilience that's seemingly embedded in—or buried under—a simplistic story of symptoms, problems, and failure. One way of looking for the gem encased in clay is to focus the therapeutic faculty of curiosity. Instead of asking a parent, "How many times did Johnny miss school this week?" ask, "What are your hopes and dreams for Johnny's future?" In this way, the "presenting problem" is subsumed into a broader, more complex family story.

By this time, we'd come to the "treatment recommendation" phase of our consultation. I proposed to the family and their therapist that they focus their future work together on encouraging Janet and Paul's creativity, intuition, and clearheaded devotion. They were to think of Daniel's stealing as a symptom of past events that they couldn't change. Discipline should be clearly defined, time limited, and as dispassionate as possible—such as writing assignments and loss of privileges—with no more family lockdowns or forced isolation. Most important, though, the long-term solution to Daniel's problem, and theirs, would be loving attachment, enacted in more episodes like the evening when Dad and Daniel clipped the hedge by moonlight.

In the subsequent sessions, the family focused more on themes of belonging and understanding. They noted behavior problems and briefly discussed how they should be handled. As problem behaviors gradually diminished, the therapist pointed out how positive that was. In the final month of treatment, Daniel's behavior didn't come up at all, having given way to discussions of his adjustment to school, family goals, and how to have lighter parent–child conversations.

Our strength as clinicians is that, as outsiders, we can see what the family doesn't see. It's the awakening of a vision in our clients, rather than any concrete recommendations or techniques, that constitutes the true core of resilience-based therapy.

This blog is excerpted from "Tapping into Strengths" by Michael Graziano. The full version is available in the May/June 2008 issue, The New Face of America: Psychology Takes on the Immigration Debate.