Inside the Asian Immigrant Experience

Dealing with Ongoing Discomfort as a Perpetual Outsider 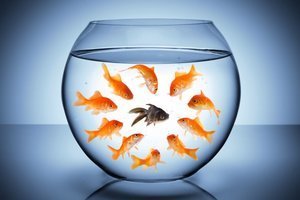 I'm sitting with my husband watching a PBS program on the Jewish American experience. It starts with the first Jews to immigrate to the United States, in the mid-1600s, and those who fought in the Revolutionary War. It's a history with which even my husband, a third-generation American Jew, is unfamiliar, and it fascinates us. When the timeline reaches the 1950s, a period of accelerating assimilation, the photographs and narratives evoke childhood memories for him. For me, the stories of hard work, overcoming discrimination, and social success bring back memories, too—not because I'm Jewish, but because they remind me of the history of the Japanese American community, in which I came of age.

I was born in Japan, but spent my earliest childhood years in Michigan with my family, before we all returned in Japan to live until I was 17. I then came back to the U.S. for college. During my college years, I worked with Japanese Americans, first as a community volunteer, and then as a social worker. Raised in Japan, I could converse in Japanese with older women—something my English-speaking, third-generation friends couldn't do. I loved listening to women who'd come to this country as picture brides, arriving via ship holding photos of their husbands, whom they'd never met, and then struggling to make lives for themselves in a new land, where they didn't speak the language and didn't understand the culture. In some respects, the challenges they talked about reminded me of my own experiences as a child adapting to a country that seemed so foreign and strange to me.

These women talked about the sudden relocation at the outbreak of World War II and the four years they'd spent incarcerated in camps. They recalled having been told to show up at a race track converted into a preincarceration assembly center and having to sleep in makeshift shacks before a train ride to the desert, where the War Relocation Authority had hastily constructed camps. Each family was allotted a room in the tar-papered barracks. Ironically, some women said the camps offered them an easier life than they'd had before, because they no longer had to toil in the fields. But then, there were the doorless public latrines, unpalatable food in the mess halls, and constant scrutiny by armed guards. Parents weren't allowed to teach their children Japanese, considered an enemy language. Many married women were effectively single parents, since husbands who'd had leadership roles in the community were held separately in prisoner-of-war camps.

These women were more open to talking about the camps than were their children, who were U.S. citizens and made up two-thirds of the camp population. By the time these conversations took place, 30 years later, they'd overcome amazing odds and achieved astonishing economic success. It was around then that Japanese Americans and Chinese Americans began to be touted as model minorities.

Fast-forward another 30 years, and the image of Asians as a model minority has held, with increasing numbers of immigrants from all over Asia. Today, Asian Americans, already numbering nearly 14 million, are one of the fastest-growing ethnic groups in the United States. Two-thirds are immigrants, and more than 40 percent entered the country between 1990 and 2000. The six largest Asian groups are Chinese, Filipinos, Indians, Japanese, Koreans, and Vietnamese.

If we look only at the statistics, Asian Americans appear to be a successful minority. We have the highest rate of college graduates: 49 percent, compared to 30 percent of whites. In California, where we make up 12 percent of the population, we outnumber white students on each major University of California campus. This pattern is reminiscent of how second-generation Jews excelled academically. Twenty percent of Asians have advanced degrees—the same as non-Hispanic whites, according to the 2007 census. Asians collectively make up 28 percent of the enrollment at the top 20 American business schools.

Asians are disproportionately well represented in the computer, scientific, engineering, medical, legal, and financial services. We constitute 60 percent of Silicon Valley's professional and technical workforce. The median household income for Asians in 2004 was $57,518, the highest among all racial groups.

What accounts for such success? The widely held opinion that Asians emphasize education is true. The high value we place on academic achievement, both for itself and as a route to business and professional success, is a driving force behind our success. After World War II, Japanese Americans felt that pressuring their children to achieve academically was the only way to ensure they'd have opportunities in mainstream society. Today, Korean parents believe that pushing their children into prestigious universities is the way to regain the social status they lost when immigrating. According to the Korean American Coalition, in the year 2000, close to 55 percent of Koreans born in the United States had at least a bachelor's degree, along with a median income of $70,000.

Asian parents place pressure on their children to achieve academic success because of their faith in the power of hard work to meet virtually any challenge. East Asian societies don't emphasize individual character traits, talents, and intellectual capacities as much as Western societies. Many Asians assume that all children, whatever their personal abilities or inclinations, can excel if they just try hard enough. Parents often see academic failure as a lack of application on their children's part, and continue to push them to redouble their efforts.

The Pressure to Succeed

We Asian Americans are under tremendous pressure to prove ourselves. This pressure both helps and harms young people, who bear the burden of living their parents' dreams. The tension that young people feel shows itself most forcefully in the educational system, the prime traditional Asian means of getting ahead in life. As James Runsdorf, a dean at Barnard College, Columbia University, reports, many Asian students declare majors based on their parents' wishes, rather than their own preferences, and often pursue career goals for which they have little interest or aptitude. Unlike other students, Asian students are reluctant to defy their parents, for the same reasons that make them such good students—their internalized sense of duty, obedience, and filial loyalty.

Asian youths are torn in their views of what family life should look like. Those who live in predominantly white suburbs, rather than in ethnic enclaves, compare their own families to idealized American families. Often they see a more democratic decision-making process among their American friends, whose families welcome more openly expressed affection than what they experience at home. They see that their friends' parents respect their children's autonomy, and that their family relationships are characterized by intimacy, emotional nurture, support, understanding, and forgiveness. They look at their own parents, feel the lack of those qualities in their own homes, and resent their parents' emotional distance and emphasis on family obligations.

My friend Laura Shiozaki Lee, a psychotherapist in Los Angeles, says that before her Asian American clients can begin to appreciate their parents for the people they are, they often go through a mourning process for not getting the kind of parenting they wanted. She says that even fourth- and fifth-generation Asians often don't realize that their parents' love for them is filtered through traditional Asian values of emotional self-restraint and composure.

When academic pressure mounts, they feel that they can't reach out to their families for help. As a result, many get depressed and do poorly in school. Some intentionally sabotage their schoolwork, as an indirect way of resisting their parents' pressure. Others commit suicide. The rate of suicide among Asian youth is high: at Cornell University, 13 of the 21 campus suicides since 2003 have been committed by Asian students.

Suicide rates are especially high among young Asian women. According to the Centers for Disease Control and Prevention, Asian American women between 15 and 24 years of age commit the most suicides of all U.S. women in this age group: suicide occurs at a rate 2.5 to 3 times higher among Asian women in the United States than among Caucasian women. Some researchers attribute this pattern to the pressure that the women are under to be both high achievers and dutiful daughters. Girls in Asian families have little freedom and autonomy, compared to sons, who tend to be pampered and expected only to excel in their studies.

Asians continue to be on guard against outbreaks of racial hatred. A more recent example was caused by the shootings at Virginia Tech. The media kept referring to Seung-Hui Cho, the son of Korean immigrants, as a "resident alien," emphasizing his foreignness. The day after the event, an Asian student came to my office in tears. She felt awful, she said, sitting in class that day because everyone was talking about the incident, and that made her feel self-conscious. She was Japanese, but she felt that the fact that she looked Asian made her blameworthy in the eyes of many Americans.

Second- and third-generation Asian students enrolled in social work programs have confided in me that they feel singled out by their clinical supervisors, typically non-Asian, for characteristics that Asian cultures value. The students feel that their supervisors pathologize their politeness as being emotional unavailability because they don't readily confront or engage in conversations about emotions with their clients. The students also feel that their clinical supervisors misunderstand their need to respect authority, and label them as passive during supervisory sessions.

Now that I'm an adult, most of the time, I forget that I'm different. But then certain things happen that jolt me—like the time when I was on the job market and a supposedly well-meaning colleague said, "Oh, they'll hire you: you're Asian." I responded with a polite smile, but inside I felt immobilized: was my colleague trying to say that I'd get the job regardless of my qualifications because I was a person of color? Would my colleague have said the same thing to someone who was black? Probably not.

Being Asian in the context of white society is complicated. In the United States, conversations about race tend to focus on the experiences of blacks and Hispanics, often excluding Asians entirely. This may reflect the fact that, at times, we're perceived as "honorary whites." However, there are times when we aren't accepted as members of the club. Our exclusion is sometimes so subtle that I wonder whether it's really there or whether I'm just being paranoid. Part of the problem for Asians is the ambiguity we experience about how people really feel about us.

Nobody will ever mistake me for Italian or Jewish or German or, for that matter, Hispanic or African American. But I'm not white, either—and I'll always be different. My dream, for myself and all the minorities and immigrants in this country, is that one day our "differences" just won't make any difference to anybody.

This blog is excerpted from "Living Up to the American Dream" by Tazuko Shibusawa. The full version is available in the May/June 2008 issue, The New Face of America: Psychology Takes on the Immigration Debate.