How Do Neuroscience and Therapy Mix?

Knowing About the Brain Can Actually Change It 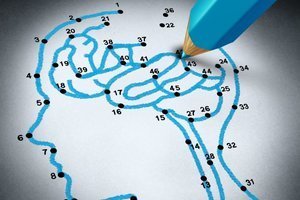 Anyone who's ever worked with trauma survivors knows the therapeutic challenge of helping them deal with the overwhelming emotional cascade so often triggered by seemingly innocent life events. I recall one client once telling me a story about how even the most mundane errand could leave her in a state of helpless terror. "Yesterday, I was trying to do the grocery shopping," she recounted. "I saw a man who looked like my father, panicked, and almost threw up. I had to leave my cart and get out of the store." Too often, no matter how skillful we may be at helping trauma survivors deal with their emotions, thoughts, and bodily sensations, they can be overcome by the bewildering intensity of their feelings.

Five years ago, in search of more effective tools for working with such clients, I attended the annual Attachment Conference at UCLA and there, for the first time, plunged deeply into the scientific thicket of our emerging understanding of early-brain development and neurobiological functioning. In particular, I remember listening to psychiatrist Dan Siegel describing the difference between what happens in an infant's brain when things go well and when things go badly. Suddenly, I felt the mesh between the unimaginably complicated patterns of neural firings he was asking us to picture and the miraculous dance of lived experience and emotional attachment. My response surprised me, since I'm a person who was too squeamish about the inner workings of the body even to take an anatomy course in college. Yet despite all the technical, polysyllabic scientific terms, somehow the intimidating subject of the brain and how it works began to feel warm and nourishing inside me.

Ever since that conference, my own work and the work of my colleagues at the Center for Hope and Healing (CHH) has become more and more focused on how to integrate these new understandings of neuroscience with our clinical work with trauma survivors. We've increasingly come to see our therapeutic task as affecting the brains of our patients and rewiring implicit memories resulting from traumatic events and torn attachments. Instead of a fuzzy sense of how empathy heals, all of us have gradually developed living pictures of new synaptic connections making their way from the calming prefrontal cortex to the agitated amygdala, as our own brains help rewire those of our patients. Paradoxically, as we've tried to ground our work more and more in the science of the brain, we've grown richer in empathy as we've learned to better hold our patients' brains and hearts in our minds. Of course, all of this didn't happen overnight.

After my eye-opening introduction to early-brain development at the UCLA conference, I began to investigate the brain in earnest, joining Siegel's ongoing study group. When it came to understanding the brain, I was just a beginner, joining a group that had been meeting for four years, and I frequently felt as if I were swimming in a delicious but somewhat incomprehensible neurobiological soup. Fortunately, just as my feelings of being intellectually overwhelmed were becoming unmanageable, a unique opportunity presented itself: to participate in Siegel's first two-day immersion workshop on brain function. The assignment for workshop participants was to read his book The Developing Mind closely enough to be able to teach it to him, and we weren't to know which section we'd be called upon to teach until shortly before the workshop. It's easy to imagine the focus and emotional intensity engendered in us by not wanting to look like fools in front of such a masterful teacher as Dan Siegel!

Armed with pencil, highlighter, flashcards, and determination, I did the necessary thing—I learned the nuts and bolts of interpersonal neurobiology: the details of brain structure and flow, a whole new way to think about emotion, how we shape each other's minds. To feel confident about actually presenting the material, I learned it in as whole-brained a fashion as I could—drawing pictures, applying what I was learning to every social interchange, and talking with all my patients about their brains for the first time.

Bringing the Brain into Sessions

Sharing my growing knowledge about the brain with my patients turned out to be a profound learning experience on both sides. For instance, Degan, a 50-year-old computer programmer who'd ploughed through five marriages, had come in six months earlier reporting that all his wives divorced him because he was "cold." He had no idea what they meant, but wanted to find out. In my usual fashion, I encouraged him to take me by the hand into his history—a trip he was ill-equipped to make because there were almost no significant landmarks. His mother was "nice," his father "hardworking," his brother "okay." The poverty of his language was underscored by the arid feeling in the room—both hallmarks of avoidant attachment.

At this point in my learning about brain function, I understood that part of the problem was that Degan was locked out of his right hemisphere, where we hold an integrated map of our own bodies. Without being in touch with his bodily sensations, he truly had no idea how he felt about anything. So we tried a number of approaches that might foster his connection to himself and to me. We tried reaching more deeply into his history, but when he did, Degan could find no living memories. We spent time doing exercises to help him discover areas of tension in his body, but he grew bored and restless when he could feel nothing. When we tried doing some mindful-awareness practices, he merely became irritated and impatient.

I was growing concerned that Degan would leave therapy before we'd made any kind of living connection, so I decided to take the plunge and talk with him about his own brain. Using the brain model in my office, I showed him how our parents initially wire patterns of connection into our brains, joining the limbic system to the cortex and the right hemisphere to the left. We talked about how emotionally cold parents can unintentionally wire a separation between their children's brain hemispheres, leaving them without a neural clue about their feelings. After a few moments, Degan exclaimed, "This is great! Before now, I knew more about my car's engine than I did about my own brain!"

Better yet, the act of understanding this together gave us a connection for the first time in all the months of therapy. One day, I spontaneously asked him how he was feeling, and he said, "I feel like I could hug you!" Then we just sat together, with him noticing—and enjoying—this uncharacteristic surge of emotion and experiencing what the link between hemispheres felt like to him.

Brain talk quickly became the connective tissue for our interactions. Once he understood where his brain wiring was underdeveloped, he became eager to do whatever it took to build better neural connections. For him, it was an engineering project, but underneath that, as happy coconspirators, we were repairing the broken attachment circuits that had kept him so separated from everyone.

As my immersion in the clinical applications of neuroscience proceeded, I began noticing how calming my new awareness of the brain could be for me. I grew more and more aware of a small but caring distance between my observing mind and my sensations, feelings, and thoughts, as if one part of my brain were holding another part with great curiosity and kindness. So, instead of just reacting internally when a patient angrily challenged me, I'd watch my limbic reaction and my autonomic nervous system get heated up. Internally, I'd repeat, "Heated, heated, heated." This capacity to observe and name gave my brain room to recover a nurturing sense of inner calm. In fact, research tells us that just naming our emotions accurately, without judgment, causes a balancing shift toward the left hemisphere.

So I learned to watch myself watching my own brain. As a longtime meditator, I recognized a subtle difference between mindfulness based on awareness of the breath, for example, and mindfulness that included awareness of the brain. Many trauma survivors struggle with traditional mindfulness because focusing on their inner worlds initially draws them toward the abuse, rather than toward calmness. In contrast, the concreteness and left-brain fascination of thinking about brain processes typically gives patients the ability to maintain the same small but caring distance I'd experienced myself, as well as a language that can help activate and integrate circuits in both hemispheres.

The Empathy of Brain Awareness

A growing body of research tells us that our earliest relationships create "mental models," perceptions about ourselves and relationships, held below the level of awareness, that permeate every thought and action pattern throughout life. In other words, the brain is one big anticipation machine, so if we're hated by our mothers from birth, we may anticipate (and then perceive or actually create) rejection by everyone we encounter.

The two most striking aspects of implicit mental models are that when they arise in the present, they feel like fact and are experienced as emanating from something that's happening in the moment. They have no time stamp to tell us that they're linked to the past. If a person was often hit as a young child, when someone raises a hand nearby, his body may flinch as though he's about to be hit, even though his conscious mind knows it's just a friend waving.

I've come to understand that the greater the early wounding, the more helpless people are in the face of these patterns. As a result, any tendency to feel critical or frustrated by people in my life who have difficulty changing their way of seeing themselves or operating within relationships has increasingly evaporated, leaving in its wake a sea of compassion for the neural trap holding them prisoner.

Initially, it can seem like a huge leap to link abstruse and complicated brain science to the relational world of therapy. But, some day, it may seem absurd that we didn't study the processes we're expected to treat.

Now the work has been placed in the hands of a generation of therapists whose job it is to forge connections between the knowledge about the brain and our relationships in the counseling room. Our experience at CHH has taught us that this can't be accomplished by taking a couple of weekend workshops on brain science, listening to a lecture or two, or reading a book. We've found that there's enormous power in internalizing an understanding of the dynamics of the brain, making it as much a part of our own thinking as understanding individual and family dynamics, cognitive-behavioral techniques, or any other therapeutic model.

We need to let this new awareness permeate our psyche at many levels—to let it work on us so that it transforms our way of seeing. Knowing about the brain actually changes the brain, giving us new eyes with which to see our fellow humans, and a different kind of wisdom about what it means to be fully human.

This blog is excerpted from "Brain to Brain," by Bonnie Badenoch. The full version is available in the September/October 2008 issue, How Evolved Are We?: The Triune Brain in the Consulting Room.