Bringing Out Your Inner Performer

How to Create a Therapy Experience Your Clients Will Remember 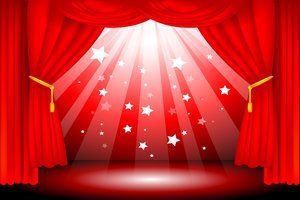 Q: I often feel that I say the right things to my clients, but I’m not sure my words have enough of an impact. What can I do?

A: I recently read an article that made the case for why Louis C.K. is one of the top comics in the country by essentially deconstructing one of his jokes—a minute-and-a-half vignette about playing Monopoly with his daughters. As the article revealed, what seemed like an ad-libbed story when performed on stage was actually the product of meticulous crafting: each word was carefully chosen and matched with voice inflections, raised eyebrows, and hand-over-heart gestures at just the right moment and in just the right way to maximize the comedic impact.

In many ways, therapy resembles improv more than stand-up comedy, but that doesn’t mean that we can’t take a lesson from Louis C.K. and pay closer attention to not only what we say, but how we say it, ensuring that we, too, can maximize our impact, even if it’s on an audience of one. Like it or not, our conversations with any client will leave some emotional impression. We can’t not create an experience, so why not be more deliberate in crafting one? With this in mind, here are my suggestions on how to performance-up your therapy.

Voice and gestures. Most performing artists know how to use their voices and bodies as instruments. Through volume, rhythm, and range they’re able to convey mood, underscore their words, and tap into the deepest recesses of their audience’s emotions. In contrast, when I observe supervisees in therapy sessions or watch videos of their clinical work, I’m often struck by how they seem to adapt a one-size-fits-all dramatic approach to the myriad clinical dialogues they have, all too often and too readily falling into a bland conversational tone. While I don’t expect them to make every session sound as if it’s being delivered by James Earl Jones, they are, I believe, missing opportunities to use their instruments fully.

We’ve learned through neurolinguistic programming and clinical hypnosis about the value of starting a session by matching the client’s presentation—the energy of agitation, the quiet slowness of depression, the colorful vocabulary or intellectual banter, the mirroring of the crossed legs. But after you match, you want to look for opportunities to change the emotional climate in the room. And that’s what your voice can do—talking softly to increase intimacy, slower or louder to emphasize your point. You can pair your voice with physical gestures—spreading your arms as you speak up, leaning forward and moving in closer to create that intimacy. (Get that chair on wheels!) But you don’t need to take acting lessons to ramp up the clinical drama. Simply watch comics or actors you admire, and pay attention to how they use their total selves to hone their lines and responses.

Speeches. Here’s where you can bring on the King Lear. I have a bunch of speeches that I generally use during the opening sessions. One is a short introduction about my experience and approach that I can dress up or down, emphasizing, or not, my writings or clinical specialties, depending on clients and their expectations. I also have a host of educational speeches: on anxiety and the brain, the seven-year-itch in relationships, the dynamics of emotional wounds, adult ADHD, and so forth.

The most effective speeches are presented toward the end of a first session before laying out a preliminary treatment plan. The best ones summarize what’s happened thus far in the session, tying together the client’s presenting problems with your own assessment as a packaged whole, thereby normalizing the client’s concerns or placing them in a new perspective.

It’s in creating your speeches that you want to be like Louis C.K. crafting his jokes. Not too long, not too short—a few minutes, perhaps. To illustrate your points, you can fold in the client’s own words (“What you described earlier, Bill, about your panic attack, is exactly what happens for most people”); include short composite case examples (“I remember seeing someone a long time ago who had a similar problem. What she decided to do was . . .); or use self-disclosure (“When I was first married, my wife and I used to have this same argument over and over until one day . . .”). Use your voice and gestures for dramatic emphasis. Lean in, lean out, make serious eye contact. Watch the client’s face to see whether your words are hitting home and if the client is in sync with you. “Does this make sense?” you can ask. Get that solid yes.

Ideal voice. Jake is describing how his father has always been critical of him. Even as an adult, Jake resents that his father constantly heaps on unhelpful advice that’s never asked for. Often their phone conversations end with Jake getting frustrated and hanging up. After not speaking for a while, his father will eventually call, saying nothing about how the last conversation ended, and the pattern will start over again.

“What would happen,” you say to Jake, “if you called up your father or sent him an email and said something like this: ‘Dad, I know you always want the best for me, and you’ve worked hard all your life to give me what you never had, and I want you to know that I appreciate that. But sometimes when I’m trying to tell you about things that are important to me, or things that I’m struggling with, you jump in and start offering advice, rather than listening. I know you’re probably worried and trying to be helpful, but my feelings get hurt, and most of all, it gets in the way of our being closer.’ What do you think your father would say if said that to him?” You may not know exactly what Jake will say next, but if you voice this in a gentle manner, his mood may shift and soften.

While speeches are something you can craft ahead of time, the ideal-voice technique is used spontaneously within a session. Think of it as a mini role-play: you’re giving voice to what the client or another person may be thinking but not saying, and you’re tapping into the softer emotions—appreciation, hurt, worry, fear—that are often overshadowed by the stronger emotions of anger, frustration, or resentment. In this case, you’re voicing Jake’s feeling of hurt and desire to be heard, as well as the father’s benevolent intentions, which underlie what Jake sees as criticism or control.

You’re providing the subtext, the deeper and more complete emotions and thoughts that clients and those with whom they’re in relationships struggle to say. As the client describes the relationship dynamics, you’re imagining how they’d ideally unfold. And even if Jake’s first reaction is to push aside what you said, responding, “My father would just deny he does,” you’re moving the conversation in a new direction, toward exploring what might make the father react differently. These voicings and enactments can be emotionally powerful, both changing the climate in the room and modeling a new way of interacting for the client.

Transference cues. You can think of transference cues as helping you craft your role in a play, one that ideally complements the client’s. Or think of these cues as elements that help you set the tone for the session, create the safety that clients need, and enable them to walk out feeling that this thing called the therapeutic relationship truly is unique.

My own belief is that the clinical relationship is, at its basic level, one where you take on the role of an ideal parent. To do this, you need to know what not to do, and that’s where transference cues come into play. If you pay attention to them, you can quickly assess what clients are particularly sensitive to in relationships and what their emotional wounds are, so you can avoid triggering them. These are obviously easy to discern in couples and family therapy: Carl appears controlling, or Maria critical, and you see how right there the other cringes or flares up. You know immediately that your job is be the un-Carl, the un-Maria to that client, to be open and generous, complimentary and supportive.

If you’re seeing an individual, you can listen for those quick comments—“my mother never took the time to hear me” or “my ex-husband was so passive.” Or you just ask directly, “When you look back on your relationships, what do you seem to be most sensitive to?” Armed with this information, you can craft the best way to be with this particular client, and know what emotional potholes to avoid stepping in.

What these suggestions have in common is an intentional crafting of your clinical presentation to fit your audience—the person or persons sitting across from you. However you do it, this entails avoiding a one-size-fits-all mentality and cultivating an awareness of therapy as an experience, one created by you, by not only what you say, but how you choose to say it.

In an interview with Jay Leno, Louis C.K. once said that he’s always viewed his stand-up performances as his job, and felt that it was his responsibility to do his job well. He went on to explain that this meant doing his creative best to ensure that the audience members left the theater feeling better, or at least differently from when they walked in. Isn’t this our goal too? Let’s do our job!

This blog is excerpted from "Expanding Your Expressive Range," by Robert Taibbi. The full version is available in the May/June 2017 issue, What Now? Five Therapists Face the Limits of What They Know.