What Therapists Can Learn from Improv

Three Rules for Being More Energetic and Interactive in Sessions 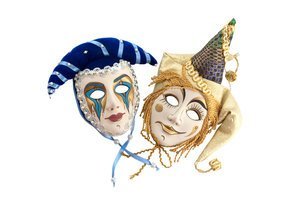 My friend's new book is "Applied Improvisation: Leading, Collaborating and Creating Beyond the Theater", by Theresa Dudeck and Caitlin McCkure. Check it out! Using improv in therapy can be so helpful!

Your article didn't actually address your headline until the last paragraph.

A large part of my undergraduate work was in Theater and I think training as an actor gave me a huge leg up on being able to employ accurate empathy with my clients. After all, the heart of an actor's craft is putting ourselves in the lives of our characters. The reality that you can simply change out "characters" in that sentence for "clients" (or "patients") demonstrates how closely connected the two professions are. Now, as a counselor educator, when I teach pre-practicum (or "communication skills") I don't mess about with all the microskills stuff. Instead, I give my students an article about how actors create their characters, have them select a character from a film they know well, write a character sketch, and then portray that character as a client in their class role-plays. Given this, I greatly appreciate Robert's articles.

Having worked for 3 yrs in the film/theatre industry, I was going to write an article about this very topic. Having improv skills under my belt made working with clients almost a breeze. I think improv teaches us to trust ourselves in a way that's difficult to learn when one first starts seeing clients, so I felt I had a leg up as an intern. Nice article, thanks!

I love this! I've been wanting to take an improv class (with all the free evenings a private practice affords 😳) and having read this wonderful article I'm committed to finding one and signing up!