Has Helicopter Parenting Gone Too Far?

The Truth About Risk and Responsibility 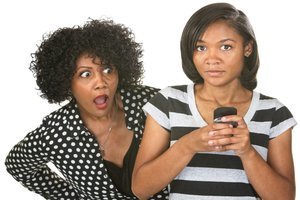 Q: I'm seeing more parents who live in safe, middle-class communities and protect their children from every imaginable risk. Is this another form of enmeshment or are parents really acting in their children's best interest?

A: In my practice with "at-risk youth" and their families, I've been noticing a disturbing trend: delinquent youth, sexually promiscuous teens, and even street-involved young people who come from caring, stable, financially secure homes in middle-class communities. When I look closer, what I'm typically finding is parents who've bubble-wrapped their children, insisting on protecting them from exposure to any risk, responsibility, or adventure.

These families seem to offer a socially approved form of enmeshment, in which parents can overfunction and justify their control as necessary. Developmentally, however, risk-averse parents may actually be causing unintended harm to their child's psychosocial development when they protect him or her from normal developmental challenges, like sleepovers, riding a bicycle to school, operating tools, cooking, or playing sports that can cause injuries.

It's hard to blame them for their excessive concern, however. A barrage of media reports about a generation at risk has created the perception that there's a need for overprotection. This, despite abundant evidence from the Centers for Disease Control and Prevention, the Federal Bureau of Investigation, Child Trends, and the Federal Interagency Forum on Child and Family Statistics showing that years of national prevention efforts have decreased children's risk substantially.

Children today are less likely to be abducted by a stranger, less likely to use hard drugs or alcohol, just as likely as their parents to be sexually active (but far less likely to get pregnant), and less likely to commit a crime or be the victim of one. In fact, the greatest dangers to children are events that occur in the home and/or are conducted by someone the child knows: sexual and physical assault in the home, kidnapping by a relative, and gun-related death that occurs in the child's own home or involves someone known to the child. Even Internet solicitations for sex occur overwhelmingly when the child is at home. It's an ironic truth that, statistically speaking, children from middle-class families are safer outside their homes than inside.

What I'm finding through my clinical work and research is that families that bubble-wrap their children may prevent their healthy maturation. The Russian developmental psychologist Lev Vygotsky wrote about "zones of proximal development"—the edge between what a person can do and can potentially do with proper supervision. These zones are where experiences occur that provide manageable amounts of challenge. When parents forbid tree climbing, discourage a teenager from working outside the home or using public transit, and impose excessively restrictive curfews, the results are well-resourced children who suffer the disadvantage of excessive preoccupation with their own well-being. If these kids give in and accept the world as a dangerous place, they're more likely to become sedentary and obese. If they become rebellious, they wind up throwing themselves into dangerous, delinquent, deviant, or disordered behaviors without the helpful guidance of the parent to keep them safe. After all, by that point in their development, these young people assume their parents are unreliable when it comes to assessing risk. Good kids from good homes actually may play at being bad to find enough risk and learn enough responsibility to meet their developmental needs.

When I work with overprotective parents, I invite them to remember what risks and responsibilities they had when they were the same age as the child who's the focus of the intervention. Then I ask: "What did you learn from taking those risks and having those responsibilities?"

Many parents will shudder and argue, "But I put myself in real danger!" I explain I'm not advocating putting their child in danger, but I am asking the parents to remember how those experiences shaped their lives later. For example, to the parent who never lets his child ride a bicycle on a busy street or otherwise infantalizes his teenager, I'll ask, "What experiences does your child need now to be ready to drive a car on those same roads when she's 16?"

Next I invite parents to think about their children's reckless and endangering behaviors from the point of view of the child. What's the child trying to achieve through these behaviors? For parents who complain their child is terribly withdrawn and isolated, another consequence of overprotective parenting, I invite them to consider what the child fears—what the child's perception of the risks beyond his front door is—and the source of those fears. For a child who is acting out in potentially dangerous ways, I explore with parents how the "problem" behavior may actually be a "solution" in the child's mind—a way to experience risk and responsibility and the feelings of competence and status that accompany them.

Then, combining what we've learned from the first two conversations, I invite parents to offer their child a substitute that meets the child's need for risk and responsibility, but keeps the child's exposure to danger within manageable limits. My message is: It's always better to substitute than suppress. The substitution, however, must bring with it the same benefits as the problem behavior, but with substantially less exposure to risk.

If climbing trees, having a boyfriend, wearing provocative clothing, and riding an all-terrain vehicle were ways the parents showed maturity and learned about limits and common sense when they were young, then they need to ask themselves what they're going to offer to their child to help the child experience these same life lessons. The solutions are always culturally determined, with people's values and context (rural, urban, suburban) reflected in which substitutes the child finds sufficiently robust to draw him or her away from problem behavior and toward prosocial expressions of a powerful identity. Alternately, for the anxious child who's burdened by fear, I encourage parents to model appropriate risk-taking and invite their child along on the adventure.

Helping parents look back and explore their own narratives challenges the need for excessive control of their child. The parent's role shifts from emphasizing protection to becoming a facilitator of experiences that build capacity, common sense, and positive relationships.

Parents come to see that not only are there consequences from exposure to risk, but there are risks to their children when there's no exposure.

Michael Ungar, PhD, is a family therapist and a professor of social work at Dalhousie University, where he codirects the Resilience Research Centre. He’s the author of the bestseller Too Safe for Their Own Good: How Risk and Responsibility Help Teens Thrive.

This blog is excerpted from "Too Much of a Good Thing?" by Michael Ungar. The full version is available in the September/October 2008 issue, How Evolved Are We?: The Triune Brain in the Consulting Room.