How Psychotherapy Lost Its Magick 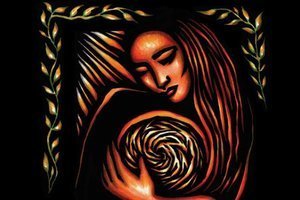 Children are supposed to outlive their parents. No one says as much until the unspeakable happens—then everyone says it. At least that’s what Abagail found as people shuffled past the light blue, steel casket containing the body of her daughter, Lizzy. For 18 years, Abagail had devoted herself to not just taking care of Lizzy, but giving her a life. Her loss was devastating.

Shortly after her birth, it was clear something was wrong. Lizzy’s body would alternately stiffen, jerk, and go floppy. She didn’t eat right and was often impossible to soothe. As the months passed, she missed key developmental milestones. She couldn’t lift her head or roll over on her own. Seizures began, and eventually a grim diagnosis was made: severe cerebral palsy. Eventually Lizzy’s organs began to fail, and nothing her doctors did made any difference. Her death left Abagail with the kind of deep grief and sense of emptiness that one would expect in her circumstance. Still, her commitment to her daughter was indefatigable. She had no doubt that Lizzy’s spirit lived on, and her biggest worry was that no one was looking after her daughter now. “I took care of her for 18 years, and she had lots of needs,” Abagail said. “I wanted to know, needed to know where she was, if she was okay.”

When Abagail’s anxieties failed to lessen with time, she sought out a therapist. She’d seen one shortly after Lizzy’s birth. “That first time was quite helpful,” Abagail remembered. “She really listened to me, understood my situation. I got some helpful advice and appreciated the honesty and directness. I decided to go again.” But her experience this time, with a new counselor, couldn’t have been more different. “I stopped going after a few visits,” Abagail told us. “It was clear this person had no idea what to say to me. I’d be talking about what, for me, were minor things about Lizzy and her life. But the therapist would start tearing up, talking about how difficult it all must’ve been. It stopped me in my tracks. There was so much worse stuff I felt I couldn’t even share with her. I guess you could say that I felt like I had to take care of her.”

Even a visit with her parish priest failed to resolve Abagail’s concerns. She simply couldn’t muster the faith he counseled her to embrace. When it came to Lizzy’s welfare, she didn’t want to believe; she wanted to know. “I didn’t need someone to validate my feelings, help me ‘work through’ my grief, or tell me to trust in God,” she said stridently. “I wanted proof she was all right, that someone was there to help her.”

And proof Abagail received, except it didn’t come from science or religion, or their agents. It started with a referral from a friend to a “spiritual advisor,” a woman believed by many to possess a remarkable gift: the ability to communicate with the dead. Abagail recalled, “As soon as Madeline greeted me, she asked, ‘Are you here to talk about your daughter?’ I was floored. I’d shared nothing with her beforehand. Nothing at all. That’s when I knew I was in the right place. ‘Yes,’ I said.”

Abagail and Madeline then sat opposite one another, a small table to the side, not unlike in a therapist’s office. “‘Your daughter’s passed over,’ Madeline continued. ‘It’s been a hard time for you and your family. You have questions.’” Abagail had nodded, watching as the advisor’s face underwent a transformation. “It was a look of pure joy . . . connecting, seeing something,” she remembered, reliving the moment. “‘Lizzy is stepping forward,’ Madeline told me. What a rush. It was what I’d wanted, been waiting for! I can hardly describe it—happy, excited, scared. Then Madeline said, ‘She knows you’re worried and wants to reassure you. She’s alright. Yes, she’s OK.’”

“Looking back on it now,” Abagail said, tearing up, “that’s when I knew Lizzy was alright. Someone was there. She wasn’t alone. It was such a relief. I can’t tell you.”

A Bridge Too Far?

No matter what one makes of Abagail’s experience with Madeline, it’s hardly unusual. Accounts of consulting psychics and mediums date back thousands of years, as do attempts to communicate with the dead, seek divine guidance, or see into the future. According to the American Federation of Certified Psychics and Mediums, millions of people in the United States regularly seek counsel from advisors claiming special powers. The available industry data indicate more people attend and pay out of pocket for such services than see mental health practitioners. Indeed, while the rest of the US economy was reeling from the Great Recession, an independent analysis reported in Business Insider showed that use of psychic services grew annually by 3.4 percent, grossing more than two billion dollars between 2007 and 2012.

How could this be? How could psychics and mediums be flourishing at the same time the fortunes of mental health professionals—those trained and sanctioned to care for people burdened with emotional pain and suffering—are flagging? The facts are sobering. In its long history, the field has never had mass appeal, and doesn’t now. Epidemiological studies consistently show, for example, most people who could benefit from seeing a therapist don’t go to one. And nowadays, fewer people are turning to psychotherapy: 33 percent fewer than did 20 years ago, with most never returning after the first appointment. Not surprisingly, research gathered by the American Psychological Association documents that practitioner incomes have been in marked decline over the same period.

The field has long known the therapist’s personal presence is more important than whatever treatment is provided. A fundamental finding of our research on this topic is that superior performance isn’t a function of degrees earned, title, age, experience, or gender. One of the defining characteristics of supershrinks—a group qualitatively and quantitatively different from the rest—is that they establish effective relationships with a broader and more diverse clientele than their average counterparts, engendering strong feelings of being heard and understood, no matter who they meet with.

Gaining access to the mentalist community proved more difficult than we anticipated. It’s an exclusive, close-knit group, highly protective of each other and their methods. So we were pleased to learn, after much investigation, that one of the most respected members of this guild lived in Chicago, the same city as Scott. Eventually, with considerable persistence, we made contact and invited him to come and speak about his work with members of the ICCE, letting him know that we were interested in learning to “read minds,” too. He flatly refused to talk with our group, offering only to meet one on one—which is how the mentalist who’d become our mentor in this pursuit came to visit Scott at his home on a sunny Thursday afternoon.

After the briefest of introductions, the man, indistinguishable from anyone walking on any city street, asked Scott, “Do you believe in the paranormal?” When Scott replied no, the man reached into his coat pocket and produced a tarot deck. After shuffling the cards, he set them on the table and asked they be cut into four piles. From each, the top cards were removed and placed side by side in a row. “Ever had your cards read?” he asked. Once again, “No.” What the mentalist shared at this point, although we won’t go into the deeply personal content, contained a breadth and level of detail known only to Scott or his immediate family.

This blog is an excerpt. To read the full version, click here.

Scott Miller, PhD, is the founder of the International Center for Clinical Excellence, an international consortium of clinicians, researchers, and educators dedicated to promoting excellence in behavioral health services. He conducts workshops and training worldwide, and is the coauthor and coeditor of 10 books.

Mark Hubble, PhD, is a national consultant and graduate of the postdoctoral fellowship in clinical psychology at the Menninger Clinic. He has coauthored and coedited seven books, and is a senior advisor and founding member of the International Center for Clinical Excellence.

This blog is excerpted from "How Psychotherapy Lost Its Magick" by Scott Miller. The full version is available in the March/April 2017 issue, Round Hole, Square Peg: If It Doesn't Fit, Don't Force It.

Psychology vs psychotherapy are actually two separate – although related – things. Psychology is an academic discipline that focuses on mental health problems. In fact, many psychologists are strictly scholars, and have never come into contact with actual patients. Psychiatrists, for their part, are people who are trained as doctors but who have gone on to specialize in mental health. In general, psychiatrists are more focused on depression medication than any form of talk therapy.

An important and timely piece from credible sources. Some will of course see this message as a giant step backward; others of us will see it as needing to be said in this world of increasing recognition of diversity of belief and practice, a healthy contribution toward tolerance and expansion. Thank you gentlemen for taking the risk, your courage is admirable and your message worth listening to, for those who have the mind to hear.