What Talking About Fantasy Can Do for Couples Therapy

...And Four Questions to Get the Conversation Started 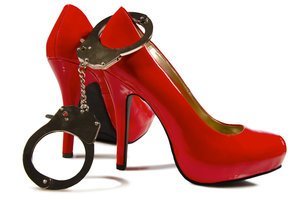 Couples who are satisfied with their sex lives are happier than those who aren't, and are likelier to stay together. They describe their relationships as connected, intimate, safe, fun, and affectionate. Conversely, as I've found over 20 years of practice, partners who aren't having good sex are usually more dissatisfied with their relationships overall—more frustrated with each other, more discouraged about their joint future, and likelier to split.

Sheila and Johan were both in their early fifties. They were physically active, with no psychiatric histories, and had been in therapy for three months. Johan reported that he felt bored in the marriage and was thinking of straying. "I crave adventure," he said. "I've been thinking of having an affair, just to do something different."

Sheila reported that she felt distant from Johan and that they'd drifted apart. They rarely shared meals anymore, often worked late into the night in their separate home offices, and sometimes didn't even spend much time together on weekends. Sheila complained that she no longer felt Johan was interested in her, and wondered whether he still found her attractive. They hadn't been physically affectionate for many months, rarely holding hands or touching casually, and seemed to be living parallel lives. She feared they were on the verge of separating.

In addition to hearing about their general marital unhappiness, I took a history of their sex life together, asking if they enjoyed their sex, whether each had orgasms, and if they knew their partner's sexual fantasies. Johan thought he knew exactly what Sheila liked and didn't like in bed. This was comforting to him and helped him feel confident that he could please her, yet it led to a high level of sexual boredom. He felt her needs were predictable and that they didn't venture far from the things that had been "working" over the years.

Sheila longed for the times when Johan had been excited and turned on by her, describing what they had now as "maintenance" sex. They each knew how to touch each other, but they'd been doing it the same way for so long that it felt as though they were stuck in a rut. Neither Johan nor Sheila said anything about feeling an intimate connection during sex.

At this point, many therapists might focus on helping the couple get along better in their day-to-day connection by teaching them what might be called "companionship skills," including better ways of communicating, resolving conflicts, changing behaviors, and, when appropriate, becoming more effective parents. Clearly, these skills determine how well we coexist with our partner, and, theoretically, once the nonsexual relationship is back on track, the sexual connection should follow.

Beyond arousing sexual feelings, sharing sexual fantasies can increase intimacy and connection. Through imagination, we connect to our desires. By sharing images of desire with our partners, we can spark attention, interest, affection, and excitement. In short, sexual fantasies can play a vital role in improving couples' sex lives.

The Need for Honesty

To help Johan and Sheila create more sexually rewarding experiences for themselves, I suggested a structured dialogue approach. Using a worksheet I'd developed, consisting of four questions intended to provoke thoughts and statements about sexual fantasy, one would answer each question aloud in session while the other would mirror back what had been heard, without discussion.

The worksheet questions start with appreciation and move into sexual appreciation, desire, and finally fantasy. This progression gives the listener time and space to comprehend the fantasy. The four questions are as follows:

It's sometimes difficult for partners to talk about their deepest, hidden fantasies, usually from fear of how the other partner will respond. We're afraid our partner will judge us, or challenge us about not having mentioned this desire before, or wonder where we "learned" the newly revealed information. We're also afraid that our partner will actually want to act out our fantasy—a thought that can be quite threatening.

The Role of Psychotherapy

Making questions about sex part of the intake of a couples session, or simply asking "When was the last time you had sex, and how was it?" may give the couple permission to respond openly, knowing that the therapist is comfortable talking about sex. Openly and directly expressing desires and fantasies doesn't have to lead to specific actions, but can be a means of growing closer and more intimate.

Couples describe the experience of sharing fantasies as being able to be more "themselves" with their partner, bringing more of who they are to the relationship, and being truly "seen," giving them a greater sense of connection with their partner. Fantasy talk can provide clear ways to meet each other's needs, creating a deeper level of communication and adding excitement to a union.

This blog is excerpted from "Fantasy in Couples Therapy" by Tammy Nelson. The full version is available in the November/December 2008 issue, Now What?: Putting Therapy Skills to Work in Our Post-Election World.

Read more FREE articles like this on Sex & Sexuality.

There are things about this article that bother me. While I like some of the it, and some of her questions, I really dislike her way of asking them. The article also has a "too pat" feeling about it. I think the article is naive in that she is assuming that the generalists out there are going to be comfortable enough to enter this arena, with lack of information about sexuality, and filled with morality and politics.