Bringing Dreams into the Consulting Room

Helping Clients Awaken More Fully to the Life Around Them 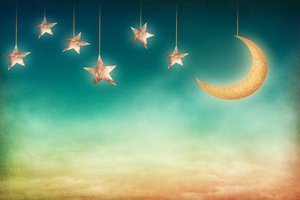 Throughout history, humans have tried to make sense of the baffling, nonlinear fleetingness of dreams. For shamans, mystics, and sages, dreams have provided a pathway to transcendent power—call it God (or myriad gods). In the Holy Bible, dreams were often seen as prophetic. Abraham's grandson Jacob dreamed of a ladder into the heavens where angels journeyed up and down, as if on some celestial highway. Later, Jacob's son Joseph dreamt dreams that were the envy of his brothers, who sold him into slavery in Egypt. There, Joseph used his gift for dream interpretation to gain the Pharaoh's favor. If you really understood dreams, Joseph's accomplishments seemed to demonstrate, you could parlay your skills into real power right here on earth.

Even though Sigmund Freud dismissed religion as an infantile fantasy, he appropriated the oracular nature of dreaming into his new "science" of psychoanalysis. For him, dreams were psychic puzzles, but instead of containing signs from some transcendent realm, they offered a royal road to the deepest riches of hidden and repressed conflicts. When Freud's disciple Carl Jung picked up the gauntlet of dream interpretation, he harked back to the older, oracular tradition. Jung's whole schema of archetypes and his idea of the "collective unconscious" gave dreams a pronounced spiritual flavor. In a sense, Jung's approach to dreams was a return to prophecy—it was designed to help us integrate ourselves into a transcendent drama.

Of course, in these pragmatic times, clients have long since ceased to bring their dreams into their therapists' offices. Further, most neuroscientists today seem to have concluded that the function of dreams may be little more than that of a neural detergent— flushing out useless, clogged thoughts from our overloaded consciousness. For these hard-science empiricists, analyzing dreams for their psychological or philosophical content is about as useful as using Drano to analyze the hidden messages in your kitchen sink.

Nevertheless, in A History of Last Night's Dream, author Rodger Kamenetz invites us to reconsider the meaning of dreams as conveyors of psychological and spiritual meaning. A professor of English and religious studies, Kamenetz is best known for his 1994 book, The Jew in the Lotus, an account of his meeting with the Dalai Lama. Throughout his life and work, he's been a spiritual seeker.

He believes that dreams can help us feel more deeply and awaken more fully to ourselves and the life around us. For Kamenetz, dreams, spirituality, and therapy are all interwoven. He believes the power of our dreams resides in the ability of their startling imagery and mind-spinning irrationality to jolt us out of our everyday, word-bound trance.

A good left-brain intellectual, preoccupied with words and his own analytic awareness, Kamenetz seems driven by the hope that his dreams can open up his world and expand his psychic landscape. He wants his reason to step aside and allow the world of irrational emotion to start bubbling up. It's an old pursuit among the seemingly civilized: to come in contact with primal elements in one's own consciousness. Simply put, the good professor wants to break the hard shell of language that imprisons him and allow his inner psychic riches to burst forth, so he can genuinely feel again.

In large measure, this book is about his quest to enter the world of his own dreams through his encounters with two charismatic dream teachers. By definition, dreams are slippery, nonlinear, and nonsensical, so it doesn't hurt to have a guide to help you navigate their sinewy landscape. Kamenetz, the spiritual pilgrim, travels to Jerusalem and Vermont to meet two guides as different from each other as they are from him.

In Jerusalem, we meet Colette, an 87-year-old with a sharp tongue. She grew up in Algiers, and, as a young person, absorbed the teachings of the mystical, image-filled Kabbalah, which was unusual for a woman. Madame Colette shows Kamenetz how to bring a "dreaming" mind to everyday activities and emotional encounters with family.

Collette doesn't work with dreams per say, but images. For her, dreaming isn't just a nighttime activity—her goal is to teach her students how to intermingle states of dreaming and wakefulness, and to live within this waking "dreaming mind," psychically surfing the flow of images produced by their inner dream factory. The goal is to gain a measure of control over the images that occur during "lucid dreaming"—not to suppress, but to ride them. When you're really good at it, Colette tells Kamenetz, you can "use [your] freedom to choose [your] images." But the important thing isn't to go to sleep on the job, so to speak. To dream while awake requires conscious work and discipline.

Her practice is to teach visualization exercises as a spiritual discipline. "Stand," she says to Kamenetz, "close your eyes, stretch your arms. Now see yourself touching opposite walls of the room with your palms." It isn't dissimilar to what some yoga teachers do.Never indulgent, Collette is magnificiently imperious, like an old European piano teacher clucking at her students. Kamenetz loves her "passion for perfection." She asks her students to imagine "strategies" from their childhood, stories that have them living again within the key emotions they felt as children. She tells stories from her own life, from a past world, a past century—of a father who went off to fight in World War I. When she recounts her own images and stories, Kamenetz can see the pain in her 87-year-old face: time erases little in the world of dreams and images.

Collete is a hard taskmaster, but she's after what many therapists and spiritual counselors want: an entry into a world of deep emotion that can't be stuffed into a box of logical concepts.

Then we encounter Kamenetz's real dream teacher, the very American, flannel-shirted guru at the center of this book: Marc Bregman, a former Vermont postman with little formal education. Dyslexic and seemingly inarticulate, he mangles his syntax when he speaks and prefers short bursts of communication, which are really brief instructions. "Open up and listen to your dreams," he instructs Kamenetz. "Feel the core emotions pouring out of them. Don't approach dreams like words on a page—they're living, breathing self-creations." His sessions with Kamenetz are filled with long, strange pauses. "In this work, we don't interpret," he keeps telling the author. "We let the unconscious guide us."

To Kamenetz's academic horror, Bregman also uses a bit of astrology. But what he's really good at is "weaving dreams of a session together into a single convincing story." Kamenetz brings him three dreams: about crickets, about a bar fight in London, and about a cop who stops him while he's riding a bicycle. The cop asks him for his license.

After talking and letting the feelings in these dreams emerge, Bregman goes for the core. "Did you have issues with your father about being accepted?" he asks. Was Kamenetz tied to his mother? he inquires. Who won the family battles? His mother? Then Bregman adds: "And you lost. You lost your father."

"Boom," says Kamenetz. "I'd been opened up like a cheap safe and all my cash was on the table." As they work together, Kamenetz reacts to his father "as he had in life—with aloofness, distance and criticism," and later, with a "thunder-burst" of "rage." Eventually, he dreams that the walls of his house are collapsing all around him. He comes out like a little boy and cries, "Dad, it's a disaster!" Then he adds, "I called out from my heart for his help and he appeared like magic and saved the day."

This dream work renews Kamenetz's feelings of tenderness for his father; it softens and sweetens him toward his dad in the last years of his life. This is the sort of change any therapist longs to accomplish with a patient. And it's all coached by an uncredentialed ex-postman in rural Vermont who's short on words, but long on a kind of genius when it comes to dream conjuring and deeply felt interpretation.

Now, it's fair to ask: do we need dreams to do this kind of psychological work? Don't most therapists these days help clients move past their old wounds into some new relationship with their loved ones and into a larger life, all without recourse to entering the unconscious and reliving dreams? Absolutely. Still, to each his own, and I suspect that Kamenetz—a tough nut to crack, with all his verbal defenses—needed someone as commanding and inarticulate as Bregman to help him move past his formidable learning and verbal dexterity. It often happens that we're changed by encounters with our opposites.

So what should we take away from this book that makes so much of escaping from the prison of language? At times, for all Kamenetz's knowledge and writerly skills, he ends up only with routine, sentimental insights about his distant father and his wounded inner child. In these pragmatic times, many readers may feel that the inner wisdom and other treasures supposedly mined by exploring the deep psyche—so fascinating to Freud and Jung—may be a false promise.

Today, most mainstream clinicians don't use dreams at all. There are many other therapeutic means to get to the heart of feelings, the root of pathologies, the terrain of distorted "core beliefs" that litter the lives of the average, distressed client. But, clearly, in a time when many therapists are forced to do short-order work with their clients, a rich, experiential immersion in a "field of dreams" may be a salutary adjunct to the quick, cognitive instructions and brief, focused therapy managed care requires.

In the end, Kamenetz's pursuit isn't only therapeutic—it isn't just that he renews his relationship with his father, but that he renews his relationship with language and life. Kamenetz now teaches dream work himself, along with being a professor and writer. It's the sort of work he can keep doing all his life, and we can all learn to do—even though no insurance company will ever cover the costs of showing us how.

This blog is excerpted from "Night Visions" by Richard Handler. The full version is available in the September/October 2008 issue, How Evolved Are We?: The Triune Brain in the Consulting Room.