The Cult of DSM

Ending Our Allegiance to the Great Gazoo 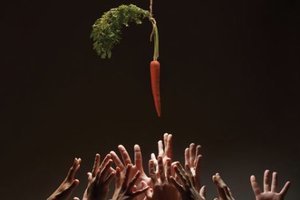 Editor's Note: The following is a highlight from our archives that showcases what we consider to be at the heart of what we do. The full article originally appeared in our March 2014 issue. Written just after the release of DSM-5, this masterfully sardonic look at the diagnostic charade many practitioners play argued that it was finally time to take the dissatisfaction with DSM seriously and find an alternative to an increasingly empty ritual. You can read the full version of this excerpted article on our website.

A client comes to see you. Let’s call him Fred. He tells you he has a dream job, one in which he’s mostly left alone to do what he loves. But there’s a hitch: in order to get paid (which he does, and well), he has to stand in front of a video camera once every hour, raise his left hand, stand on his right foot, and say, “I declare obeisance to the Great Gazoo.” He tells you that he knows the Great Gazoo doesn’t exist. He tells you that he, and all his coworkers, think the ritual is stupid and undignified, and that he’s appalled at himself, at the ease with which he engages in a pointless exercise purely for the sake of money and then drives awareness of his bad faith out of his mind.

At first, the complaint seems rich, intriguing, even piquant. It provides fodder for conversation about his expectation that the world will conform to his needs, his disappointment at finding out that it won’t. It gives rise to meaningful talk about the fear of poverty, the cruelties of capitalism. You discuss alternatives with him: finding a different job, refusing to participate in the ritual, organizing a protest with his coworkers. Sometimes he leaves your office determined never again to declare allegiance to the Great Gazoo, only to come back a week later, sheepish and forlorn, with a story about how he just couldn’t follow through.

After months of this, both of you are becoming impatient. Fred’s stasis now strikes him as failure and cowardice, which means he’s unhappier than when he began. For you, the intriguing conversations have become boring. You’re ready to throw in the towel—or, as therapists call it, to reframe the discussion. The new therapeutic task is to push the ritual into the background, to accept it as part of reality—like death and taxes and the inevitability of loss. And, you tell yourself, the ritual isn’t such a bad thing: it doesn’t harm anyone and only takes about 30 seconds, and besides, its crosslaterality is probably good for Fred’s brain. You and Fred agree on a new goal: to stop worrying and learn to love the Great Gazoo.

You’re feeling pretty good about this outcome as he leaves your office and you sit down to make your session notes. To sign the note, however, you have to provide a diagnosis. You’ll probably use the same one you entered when you first saw Fred: 309.28 (adjustment disorder with mixed emotional features), or perhaps 300.02 (generalized anxiety disorder), or any of the other of the handful of diagnoses whose codes you’ve memorized. You probably think this is an innocuous enough diagnosis, not likely to impede his access to life insurance or to become an issue should he decide to seek a security clearance.

And it is, except for one thing, or more accurately, three things. First, you know that the only reason you’re entering that diagnosis is that Fred’s insurer isn’t going to pay you to sit around with Fred and figure out the meaning of his life. It’ll pay for therapy only if he has a medical disorder, which is why you shelled out a hundred bucks for your copy of the DSM in the first place.

Second, you know, or at least you should, that there’s no such thing as adjustment disorder or generalized anxiety disorder or any of the other 200 or so diagnoses in the DSM—at least not in the same way that there’s such a thing as strep throat or diabetes. Although it’s debatable whether the DSM provides an accurate anthropology of suffering, a working catalog of our common miseries, its status as scientific medicine isn’t in doubt.

Third, you know that your diagnosis isn’t helping you figure out how to treat Fred. It’s not really for his benefit (other than that it helps him pay for it), and ultimately, it’s not even for your benefit, but for the benefit of a mental healthcare delivery system that increasingly demands a kind of accountability that has little to do with mental health.

If you’ve ever felt guilty about this, you might take comfort in the fact that after a couple of years spent talking to virtually every prominent psychiatric nosologist in the country, I can report that finding someone who will say that the DSM is of clinical value is like walking around Athens with a lamp lit in the daylight looking for an honest man.

For everyone, from lunchbucket therapists like me to the nation’s psychiatrist-in-chief, making a DSM diagnosis is the ritual you have to perform to get the system to work. It may not be quite as silly as Fred’s ritual at work, at least not on the surface, but we therapists have responded to it just as Fred did. We’ve engaged in all sorts of evasions and subterfuges to avoid the glaring and simple truth: the DSM is our Great Gazoo. Invoke it, and the cash rolls in.

Don't miss our other blogs on Cultural, Social, and Racial Issues.