Inside the Mind of a Child with Asperger's

Here's an Exercise to Help Children with Asperger's Fit In 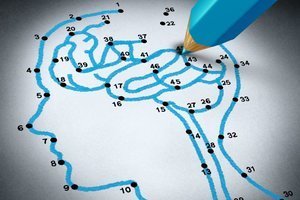 It's one of the first days of the school year in Mrs. Reed's fourth-grade class. Not yet used to being cooped up after summer vacation, the children are noisy, fidgety, bordering on rambunctious. They refuse to settle down, even after repeated requests from her. Finally, she raises her voice and asks sternly, "Do you all want to miss recess and stay indoors today?" Everybody in the class immediately quiets down—everybody except Aaron. To her question, he immediately answers with a loud "Yes!" Some children look at him angrily, others snicker at his cluelessness. The rest of the children understood that Mrs. Reed wasn't expecting an answer from them—of course she knew they didn't want to skip recess. But Aaron assumed that if a question was asked, a reply was expected. After all, what was the purpose of asking a question if you already knew the answer?

At first, Mrs. Reed thinks Aaron is simply being provocative "Fine, then," she says angrily, "You'll stay in during recess." And he does, but instead of yearning to go outside with the rest of the kids, he spends the time rereading his beloved Star Wars book, which he's practically memorized. He knows the minutest trait of every character, but still gets pleasure from reading the book over and over again.

Aaron, who has Asperger's syndrome (AS), has great difficulty intuitively understanding the intentions or feelings beneath the literal meanings of words. To him the world is a baffling place—he can't fathom why the other kids treat him the way they do, or what he might be doing that garners such consistently negative reactions.

Let's take a closer look at how he experiences recess. The typical cacophony of excited 9-year-olds getting ready to go outside is deafening to Aaron—the screeching noise of chairs being pushed under desks, the unruly commotion of children milling around as they line up to leave the class overload his senses. Beyond that, recess itself is filled with social stress, uncertainty, and anxiety. Who will he play with? Will he be able to find Joshua, who also likes to talk about Star Wars, or will Josh be off playing soccer with those other kids again? Can he join in the soccer game, as he's tried to do so many times before, or will the kids once again tell him he can't play?

It's scary just to think about asking to join in, because there seems to be no rhyme or reason to their decisions. And when they do allow him to play, he spends most of the time informing the others that they aren't following the rules, only to find out that the rules have changed that day and that they're mad at him for wanting to play the game the way they did yesterday. It seems foolish to Aaron that rules are routinely changed. What's the point, then, of having rules, he thinks?

Of course recess is only one challenge during a typical day for Aaron and other kids with Asperger's syndrome who just can't "read" other people and are bewildered by the vast substrate of communication beneath the surface of language. What would it be like not to be able to recognize the intentions of others? How do you figure out who's trying to be a friend (or friendly) vs. who might be trying to make fun of you? Children with AS often accuse others of teasing them when, in fact, the other kids are actually enjoying them or what they've just said. What do you do when someone seems to be saying the exact opposite of what he means? When another child sarcastically says, "Cool Thomas the Train shirt!" the child with AS may accept it as sincere and say, "Thank you." Consider what would it be like to have a passionate interest, a topic you knew so much about that you could challenge most experts on the subject, and yet to have people repeatedly respond to your expertise and fountain of information with some version of, "Oh, not again, can't you talk about anything else?!"

Fortunately for Aaron, their initial exchange about recess alerted Mrs. Reed that he has special needs. She realized that she needed to be aware of the words she used with him: to avoid irony, sarcasm, or humorous exaggeration that he might take literally. When he came up with a concrete response that seemed inappropriate or "off," she learned how to look at it from his perspective or to rephrase a question, comment, or instruction instead of simply assuming he was being insensitive or belligerent. For example, one morning, she wanted the students to share their weekend experiences as a precursor to teaching them about extemporaneous speaking. She asked, "Aaron, can you tell us about your weekend?" He responded, "Yes." She recognized that problems often arose when she was expecting him to intuitively grasp something that was left unspoken, and took the trouble to make sure that Aaron understood the actual intent of her message. She quickly rephrased the request, saying, "Good. Please tell us about your weekend." Early on in the school year, she frequently found herself telling Aaron that he needed to "pay attention." This was an area of contention until a discussion with his mom revealed that Mrs. Reed needed to be more specific. Instead of saying "pay attention," she learned to say "eyes up here" when she wanted Aaron's attention.

As she began investigating how she could help Aaron, Mrs. Reed learned a technique called Social Stories, developed by educator Carol Gray, for helping AS kids understand perspective by making the distinction between thoughts and speech. When she wanted to make sure Aaron understood a puzzling situation, she drew stick figures with speech bubbles (what they were actually saying) and thought bubbles (what they were actually thinking) above their heads. Sometimes she'd create a stick-figure "group," in which one person was thinking one thing while other people were thinking something else, and then they'd discuss the different contexts in which this occurs. Using this tool, she was able to show Aaron how to begin to recognize perspectives other than his own.

Both teachers and parents who understand how AS affects children can use small behavioral interventions throughout the day to help them learn new skills, such as understanding the nonverbal cues in facial expressions and tone of voice and adapting their own rigid desires and expectations in order to be more flexible and likeable to peers.

While many AS children can manage to learn these skills with constant practice and reinforcement, the skills never come naturally. To be able to "fit in," children with AS must work hard to do what others do automatically. Fortunately for Aaron, Mrs. Reed's extra effort and persistence made a difference, and he was able to learn a number of new skills that school year. Even at the end of the school year, Mrs. Reed was still finding ways to make learning memorable for him. She used pictures and schedules to help him develop a sense of independence, which wasn't coming naturally to him. Despite all his progress that year, though, she realized that he'd need to learn a new set of skills for fifth grade, since the teacher would have her own rules, the classroom set-up wouldn't be the same, and the children would have matured to a level different from his.

As Aaron left the classroom on the last day, he went up to Mrs. Reed and said, "Good-bye, have a good summer." She guessed that his mom had coached him to say those words that morning, but that was okay. She knew she'd made a difference that year, and that Aaron was different, too.

Diane Yapko, MA, is a speech-language pathologist in the San Diego area and a former clinical psychologist who now consults, writes, and presents on the subject of strategically working with children on the autism spectrum. She's the author of Understanding Autism Spectrum Disorders: Frequently Asked Questions.

This blog is excerpted from "School Daze" by Diane Yapko. The full version is available in the July/August 2009 issue, A World of Difference: Living with an Autism Spectrum Disorder.

Children and adults with Asperger’s syndrome experience a wide variety of symptoms, and no two cases are exactly the same. Some individuals will face minor issues that don’t interfere with their everyday lives, while others will struggle to function in academic, social, and workplace environments. Knowing the symptoms of Asperger’s can help parents, and patients themselves, get an accurate diagnosis. You can also refer to this article which states all the necessary details about aspergers https://www.everydayhealth.com/aspergers/what-are-signs-symptoms-disorder/

For many years I have used tips from Diane Yapko's writing and advise in my work with clients on the autism spectrum and with their families and support people. This article is reflective of her practical and effective approach to considering the various needs and perspectives in situations involving people who are neurodivergent. I recently attended a workshop she presented, "Pediatric Adaptations: Using Visual Strategies to Enhance Your Work with Children," that has provided concrete, visual ways to demonstrate concepts to clients of all ages and neurological types. Thank you Diane for your work!

It is great that Mrs. Reed is making adaptations to better reach Aaron. I also wonder how one might address the other students in this situation so they might broaden their own understandings early on about neurodivergence? That way the onus of responsibility isn't solely on Aaron to become more "likable" to his peers.

Diane's engaging writing style weaves practical examples of the challenges students with Aspergers face at school. She shines new light on the value of Social Stories, developed by Carol Gray 24 years ago.