Take It or Leave It

The Therapy of Carl Whitaker 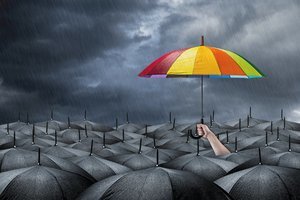 Editor's Note: The following is a highlight from our archives that showcases what we consider to be at the heart of what we do. Carl Whitaker was family therapy’s master of the absurd. This Networker profile from our September 1985 issue described him in action, demonstrating his belief that the unsocialized inner world of fantasy and impulse is a source of creativity to be defended against society’s abnormal normality. You can read the full version of this excerpted article on our website.

Carl Whitaker is being crazy again. At a week-long summer workshop, he’s set aside one morning to be interviewed alongside a 24-year-old man, once diagnosed as schizophrenic, whose family Whitaker saw in therapy for five years. With hands clasped tightly in his lap, Eric, his rail-thin former patient, addresses the floor as he’s questioned by a therapist chosen from the workshop audience. Asked about his struggle to support himself and separate from his family, Eric explains that “adaption is a horrible word” to him and insists that his inability to hold a job is a result of his refusal to accept his various employers’ shady ethics.

Whitaker, who has earlier described schizophrenia as a “disease of pathological integrity,” announces to the therapist that “Eric is the me that I wished had happened.” Turning to the young man, Whitaker says, “I want to talk to you about the sacrifice you’re making in fighting so intently for your growth.” He begins to muse about his own isolated adolescence and his belief that he was a schizophrenic throughout high school. “But I became a trickster and social robot in order to make my way in society,” says Whitaker. “I am very admiring of you for having the kind of guts I didn’t have.”

The young man, who has been sitting on the edge of his chair as if expecting some gigantic foot to descend suddenly and squash him, begins to fidget, offering a modest protest to his distinguished admirer’s praise. “Please don’t . . . ” he begins, groping for the right word. “Idolize you?” ways Whitaker. The young man nods his head warily, still mesmerized by the carpet.

It’s the kind of odd encounter Carl Whitaker has become renowned for over the past 40 years. As Lynn Hoffman put it in her book Foundations of Family Therapy, he “specializes in pushing the unthinkable to the edge of the unimaginable.” During his long career, he’s outraged and fascinated the world of therapy with his belief that what he calls “craziness,” the inner world of fantasy and unsocialized impulse, is a source of creativity and selfhood to be resolutely defended against civilization’s abnormal normality. Guided by an unrelenting confidence in his own craziness, Whitaker has challenged all the rules and conventions of therapy. At various stages of his career he’s bottle-fed his patients, arm-wrestled with them, refused to allow them to talk, even fallen asleep on them. All this in the interests of righting a balance he believes society has upset, allowing people to acknowledge the unacceptable twists of their inner life, to find some way to hold onto their craziness without “getting their throat cut.”

Whitaker’s colleagues haven’t always shared his confidence in his own intuition. As one senior family therapist says, “I don’t think there’s anything curative in having an encounter with a crazy man.” But Atlanta psychiatrist Thomas Malone, who spent 20 years in close collaboration with Whitaker, believes that such criticism is inevitable. “Carl is about as right brain as you can get,” says Malone. “In a goal-oriented, left-brain culture, he’s an oddity. But you can’t make judgments about Whitaker from the context of the left brain. That would be like a grammarian doing an analysis of James Joyce.”

Today, the 73-year-old Whitaker is still someone whose work elicits extreme reactions, but he’s become such a beloved, grandfatherly figure that it’s a bit jarring to hear about him once being denounced as a dangerous figure.

Don't miss our other blogs on Family Therapy.