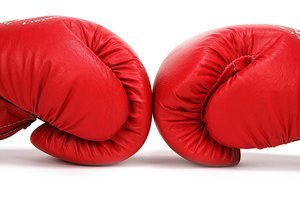 Q: Many of the couples I see are at an impasse, caught up in a struggle to prove who's right. How can I help them get past this kind of unwinnable argument and resolve their differences?

A: The first step is to get partners to relinquish the certainty that they're right, which prolongs a point-counterpoint, my-side-against-your-side stalemate. Too often, all of a couple's emotional energy is expended on winning at the cost of being able to understand a central issue in the relationship: what's truly fair. Bob and Sandy illustrate how "being right" leads to a crossfire of unfair accusations.

In their first therapy session, Bob tells Sandy, his wife of two years, to stop emailing her former college boyfriend and insists that she end that friendship. She refuses, feeling mistrusted and controlled. As their exchange heats up, Sandy bristles as she defends her innocence, while Bob becomes more adamant and demanding.

Bob: I can't believe that you're still e-mailing your old boyfriend, even though I've asked you not to!

Sandy: And I've told you it's nothing! He's just a friend. I married you. You have nothing to worry about.

Bob: But when I've asked you to stop emailing him, you've just blown me off. You have to choose him or me!

Sandy: You sound just like a child. Frankly, I'm insulted that you don't trust me.

Bob: And I'm outraged that you'd put our marriage at risk.

Sandy: It's not me putting it at risk: it's you, being so controlling.

Sandy: That's your choice then!

Couples in this sort of an impasse often want therapists to be judges: "Tell her she's being unreasonable!" "Tell him he only thinks of himself!" The therapist's challenge is provide a practical guide to resolving this power struggle. The crucial issue in these stalemates isn't so much who's right, but what's fair, and how to define fairness when partners disagree. My goal in such cases is to help each partner learn to balance the sense of personal deserving with the overriding value of being fair-minded.

The therapeutic model I use in these matters is Iván Böszörményi-Nagy's contextual theory, with its distinctive emphasis on relational ethics. The first lesson in relational ethics for couples is that neither partner can dictate the terms for give-and-take. Neither partner can define what's fair between them because fairness is a process, which blends the different legacies of owing and deserving that each person brings to a relationship. But before this blending can happen, it's crucial for the therapist to help each partner understand that their deeply felt "truths" about fairness are actually learned and biased by their unique family-of-origin experiences.

I begin by highlighting the distortions in their learned model of fairness. Bob and Sandy's ideas about what they owe to and deserve from each other are diametrically opposed. In Bob's family, it was considered selfish to put your own needs ahead of those of someone you love. Bob's underlying belief is that if Sandy loved him enough, she'd stop this argument simply because he asked her to.

Sandy grew up feeling that her domineering mother never allowed her to have her own voice, her own independent take on life. While she's aware of her anger toward her mother, she's unaware that her predisposed resentment when challenged now rules the way she treats Bob, and limits her capacity for a fair and emotionally intimate relationship with him. She reacts defensively and angrily to what she interprets as Bob's attempts to control her. She mistakes her obstinacy for her right to assert herself and oppose Bob's influence.

I reassured them that I wasn't interested in an archaeological dig, but in connecting the dots between the past and present to resolve distortions between love and fairness. I asked them to talk about the give-and-take they'd experienced in their families of origin and their history as a couple. Was one more a giver? A taker? Or were giving and taking balanced? How had each resolved differences in the past?

Not surprisingly, differences hadn't been resolved, either in their families or in their marriage. In the two years since their wedding, they'd relied on the old stand-bys of make-up sex, turning the page, and sweeping things under the rug. But now these methods weren't working. To recover from their conflict, as well as build trust for the future, they had to build a new model for fair relating. This model has four key components.

First, partners have to recognize the injustices done, both to them and by them. For repair to occur, you have to stop fighting about "who hit first," because when you feel hurt, you're likelier to remember what caused you to return fire than to recognize the damage you've done. Bob and Sandy had both done harm, but initially it was easier for them to point fingers. I laid it out for them: Bob's utter conviction that he was right led to his blaming Sandy. He not so silently thought his family was better than Sandy's, and he therefore appropriated the moral high ground. I challenged his perception and his idealization of his family's way of relating. After all, his parents had pulled the same behavior on him: "We know better; we're right and you're wrong; there are no shades of gray."

Sandy then had to recognize that her e-mail friend wasn't a friend of the marriage, and that she'd made little effort to incorporate this former boyfriend into her life with Bob. In fact, as we discovered in the session, she'd used this friendship to maintain a subtle form of power over Bob by e-mailing him for sympathy when she was mad at her husband. Next, I helped her realize that she was doing to Bob what her mother had done to her: asserting control by not truly considering another's perspective.

To heal, they had to own up to the harmful consequences of their behavior. This isn't a whitewash ("Okay, we both did damage; we're even"): it's taking a full share of responsibility. When you relate accountably, you owe a fair and genuine hearing if you want to get one.

The next step in repair was making a claim to restore fairness. Each owed it to themselves and to each other to identify what changes, large or small, were needed so both of them could feel fairly treated. First, each had to find validity in the other's request and negotiate from there. Bob had to consider the possibility that Sandy truly valued this friendship, while identifying how she could maintain it yet make it feel safer for him and for them as a couple. He asked Sandy to neutralize the friendship by letting the friend know that she'd no longer turn to him when she was mad at Bob; triangulating their marriage was a slippery and potentially dangerous slope. She had to close the window on the exclusivity of this friendship and truly make it a friendship of the couple's. In turn, she had to acknowledge that Bob could legitimately feel threatened by how she'd conducted this friendship. Her immediate request was for Bob to stop attacking and blaming her. A longer-term request was to help her retain the friendship on new terms. She reassured Bob that she was way past any romantic feelings for her friend, but felt a strong link because of their shared history.

To rebuild trust, the last component of restoring fairness, each took steps to repair the relationship. Sandy admitted the harm she'd done, and agreed that Bob's requests were reasonable. She wrote an e-mail to her old boyfriend, and showed it to Bob before she sent it. Sandy wrote that she loved Bob, and that it hadn't been fair to use their e-mail exchange to complain about him. She wrote that she hoped they could stay friends, but Bob had to be included in any future friendship.

Sandy was now remorseful for hurting Bob, whereas she'd formerly felt justified in opposing him. Bob had learned that "being right" left little room for true negotiation, and that he'd hurt Sandy. Both realized that they had to become fair-minded for their marriage to work.

None of these changes occurred overnight, and Bob and Sandy still had their conflicts, as all couples do. Bob would occasionally catch himself sounding imperious, but could poke fun at himself now. Sandy practiced validating his point of view, even when she disagreed. Over time, they regained the warmth in their relationship, as they learned a new way to relate, freer of distortions and committed to being fair instead of being right.

This blog is excerpted from "Beyond Right and Wrong" by B. Janet Hibbs. The full version is available in the September/October 2009 issue, Parenting in the Age of Whatever: Paradoxes of the Post-Boomer Family.

very comon in every couples these days. Good article!