Reflections on the Path and Purpose of Trauma Work 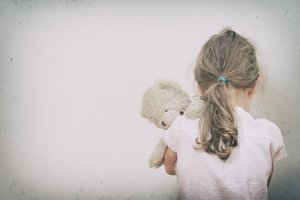 Just before I began graduate school in 1974, the Child Abuse Prevention and Treatment Act was enacted—the first authorization of federal funds to improve the states’ response to physical abuse, neglect, and sexual abuse in families. Before then, in many states, if you suspected a child or a woman was the victim of domestic violence, it was unclear whom you were supposed to contact. In some places, you actually called the Humane Society or, more likely, the police. The idea was, “Don’t get involved in other people’s families. It’s too messy.” Women and children were still looked at as property. But by the time I got my first job as a contractual in-home therapist for the Department of Children and Family Services in Illinois in the late ’70s, my agency was being inundated with phone calls, and my supervisor admitted to me, “We don’t know what to do with all these cases.”

Back then, when professionals in the child welfare world were just beginning to consider the idea of therapy for abuse and neglect, the typical course of action was a “parentectomy”—taking children away from their parents and putting them in foster care, without ever dealing with what had been going on in the original family. That practice evolved into the idea of finding the least restrictive environment possible—meaning a placement, usually with a family friend or relative, where children wouldn’t experience the removal from parents as a punishment or an indication that they’d done something wrong. But in the mid-’80s, as it became clearer how disruptive removing children from their homes could be, a family-preservation movement emerged, devoted to keeping children with their parents if possible. It recognized that children not only didn’t thrive in foster care, but were often abused and neglected there all over again.

A tenet of the family-preservation movement was the goal of getting the foster parents and biological parents to work together. Much of that work took place in the home, not in an office or agency. The model emphasized keeping the biological parents involved, rather than cutting them off, and helping them stabilize and learn new parenting skills. Working with this population, I spent much of my time in homes talking with parents about the ordinary problems of everyday life, discussing subjects like nutrition and even helping them clean out their refrigerators.

In the ’70s and ’80s, many feminists championed a more linear view of abuse, emphasizing the role of male privilege and patriarchy, and the importance of separating perpetrators of violence from their victims. I remember being in the middle of a workshop on family violence, incest, and domestic abuse in the early ’80s, when I heard loud noises in the hall. Some therapists were passing around flyers, yelling that my approach in seeking to help families stay together was dangerous to women and children—and that I was “in bed with perpetrators.” At that time, very few programs treated offenders of any type, and virtually none integrated individual and family therapy for offenders as well as victims.

This was a time when incest and child sexual abuse were still taboo subjects. The conventional wisdom was that they occurred only rarely. Then we began to wake up. Diana Russell, in her 1984 book Sexual Exploitation, reported that 16 percent of women had been sexually abused by a relative before the age of 18, and 31 percent had had at least one experience of sexual abuse by a nonfamily member before that age. Researcher David Finkelhor published A Sourcebook on Child Sexual Abuse soon after, reporting that nearly 20 percent of college woman and nearly 9 percent of college men had been sexually abused before the age of 18 by someone they knew.

Around this time, Laura Davis and Ellen Bass, a survivor and her therapist, published The Courage to Heal, addressing the question of what sexually abused women needed to do to recover. The book was a powerful call to action, urging abuse victims to trust their instincts about dark memories of childhood abuse, confront their alleged abusers, take pride in their identity as a survivors, and find therapists to help them recover memories of abuse that were often shrouded in uncertainty. The Courage to Heal gave many people permission to speak about something that had been previously unspeakable, opening the door to a public discussion of a previously off-limits subject.

But while The Courage to Heal empowered survivors to voice their experiences, most therapists had little to no training in addressing family violence. So many of them floundered in the dark with this new type of client, inventing and adopting techniques that weren’t grounded in research or accepted therapeutic practices. They rebirthed clients on the floor of their offices, or used hypnosis to retrieve memories. They sometimes coached their clients to write angry letters to their parents, or to confront them in person. The result was often irresponsible therapy, which cast the clients as defenseless victims and therapists as rescuers. Some therapists even suggested to clients that they write letters to people’s employers, warning them that a sexual offender was in their midst. And survivors were sometimes encouraged to inform their siblings that they too must be repressing incidents of abuse.

The backlash undercut the development of effective treatment approaches to family violence. It also discouraged clinicians from including family members in therapy, forcing them to shy away from more inclusive, systemic approaches and focus narrowly on individual survivors and their trauma history. In my view, even today, one of the biggest obstacles to the effective treatment of family violence is facing the challenge of involving the offender in treatment, as well as the rest of the family. We must recognize that abuse is more than a power imbalance of parents over children or men over women: it involves the attachment wounds that underlie acts of abuse and neglect, especially the panic that comes from feeling both powerless and disconnected in an intimate relationship.

Family violence remains a national health problem that few therapists have been trained to deal with and, sadly, few of us want to address. On a good day, it’s a messy, complicated business, which doesn’t bring much financial reward or professional status. We still haven’t found a way to apply the emotional/spiritual/neuropsychological approaches to healing that have been integrated into our models of other types of family issues. And we continue to neglect the child welfare world—the parents who are reliving their own trauma through the abuse and neglect of their own children, not to mention the men and women for whom being abused is a daily experience. Underfunded and undertrained, the clinicians who work with these clients rarely receive much attention.

Unfortunately, the new political climate is likely to make the victims of family violence feel even more powerless, out of control, and devalued. But though we started out in the ’70s not knowing what to do with these clients, we now have a lot more knowledge of how to help them. All we need is the will and commitment to apply what we’ve learned to treating this vast and underserved treatment population.