When Depression Runs in the Family

Being Haunted Isn't the Same as Being Cursed 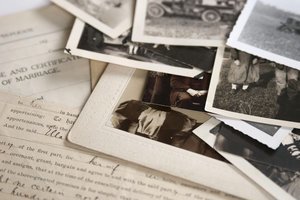 My family is haunted by depression. My mother can trace it back in her family at least six generations and it's in my father's family, too. When it hits, it hits hard. We don't get "down in the dumps," we get lost in the pits. Some people find themselves or are found, others get lost forever. The melancholies, nerves and breakdowns of my ancestors landed them in sanitariums, rest homes or in upstairs rooms from which they never emerged. Treatment involved the state-of-the-art interventions of the time: cold packs, electric current, sedating drugs. Sometimes people got better. Sometimes they didn't.

Six months into my own treatment for an episode of depression that scared me in its speed, severity and stubbornness, I had placed most of my emotional cards on the table, but was disappointed that my therapist still hadn't constructed some brilliant framework in which my difficulties and those of my family could be finally uncovered and our dysfunction excised. Since he never volunteered his opinion on the subject, I finally just demanded, "Why are there so many problems in my family?" He shrugged and replied calmly, "Because there are so many people in it."

My first reaction was, "I'm paying $100 an hour for this?" And yet, eight years later, his comment still stands firm among my list of top 10 therapeutic interventions of all time. The poet Mary Karr, author of the celebrated Liars' Club, a memoir of a colorful and tremendously chaotic family, recently echoed my therapist's comment when she wrote that her definition of a dysfunctional family is "a family with more than one person in it."

My own memory of being haunted by depression extends back to my great-grandmother who lived into her nineties and died when I was about 10. As I began to put things together about the relationship between my grandmother and her mother, I started to wonder whether the dulling of self I sometimes experienced, and its power to contaminate energy and joy, played leap frog with the generations hopping over my great-grandmother and landing on my grandmother, leaping over my mother and crashing down on me.

On her good days my grandmother was magic extravagant, energetic and always interested. She allowed my cousins and me to tag along with her on her many errands and activities. She let us know that we were all perfectly wonderful children, despite our parents' petty complaints about us. She was fun in a way my mother never was. But as I grew older, I learned about the other side. On her bad days, I could see my grandmother wilt before my eyes. There was nowhere to tag along, because she didn't go anywhere. She never got fully dressed and when she did, it wasn't worth it. She didn't laugh. She didn't think I was perfect anymore. The air felt heavy around her, very still and hard to breathe. My grandfather, a C.P.A., seemed always to be working. My grandmother went to bed early (many times before dark). For a woman who spent as much time in bed as she did, I was always puzzled by her daily complaint that she didn't get any sleep. My grandfather recedes in my memory as a major player when my grandmother was nursing her depressions and sulks. It's like he just disappeared at those times.

In early adolescence, my relationship with my grandmother changed. Now I felt some unspoken expectation that with my new maturity, I owed her something. Now she wanted me to listen to her complaints of how badly she slept or how my grandfather worked too much or how her children didn't understand her. I couldn't stand her laments. And, since I couldn't do anything about her complaints, I left each interaction frustrated and resentful. She scared me in a way I couldn't and didn't want to understand. I felt an uneasy resonance with her, a sonar that picked up on cues that predicted a shift in her mood.

My mother had a no-nonsense approach to unhappiness. Stay busy, think of someone worse off than yourself, offer it up for the souls in Purgatory. At the pediatrician's office when two or three of us lined up with our bare asses vulnerable to imminent medical intervention, one of us invariably burst into loud and contagious tears, protests and screams. I remember more than once my mother leaning over and whispering, "If you must cry, cry quietly."

I recall her curiosity and impatience at my unremitting despair following being dumped by a boy when I was 13. She was sympathetic to the pain of such an experience and allowed that there was nothing like a good, cleansing cry. It was the intensity and duration of it that proved problematic. My mother had about 15 minutes in mind, whereas I was planning to make a weekend out of it. I wondered which woman, my mother or my grandmother, was the preview of my future. My unspoken fear that increased with age was that I was destined to become my grandmother.

To read the full version of this article, click here...

Martha Manning, PhD, is a writer, clinical psychologist, and former professor of psychology at George Mason University. She’s the author of Undercurrents: A Life Beneath the Surface and other books. Her work has appeared in numerous publications, including The New York Times Book Review and The Washington Post.

This blog is adapted from the article, "The Legacy," by Martha Manning, from our January/February 1997 issue, Uncommon Sense: Reviving Ophelia's Mary Pipher Helps Families Stay Sane in a Crazy World.