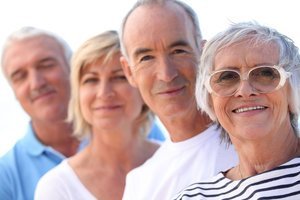 Q: I'm working with a group of siblings who are arguing about their aging mother's care. How can I get them to forget their old rivalries and cooperate with one another?

A: Nothing reveals the fault lines in sibling relationships like the seismic shift caused by an aging parent's sudden decline. While their adult relationships may have been marked by decades of chummy phone calls and warm holiday dinners, brothers and sisters can quickly become locked in conflict about what's best for Mom and Dad. Struggles ensue over who has the right to make decisions, as well as who should make sacrifices on their parents' behalf. Old pecking orders, ancient rivalries, and latent feelings of entitlement reassert themselves.

At 52, Diane was a typical client dealing with these difficulties. The youngest of five adult children, she'd spent every day of the previous three years dressing, grooming, and comforting her severely arthritic mother. Her two sisters and two brothers took for granted much of what she'd been doing and were content to cheerlead from a distance. But when, feeling overwhelmed by the care demands, she convinced their mother to sell her house and move into a retirement community, the siblings were appalled that Diane had acted unilaterally. They met with their mother without Diane and persuaded her to stay in her own home. They then talked her into "firing" their sister as the primary caregiver. Despite the fact that Diane had been unstinting in her efforts to help Mom live as comfortably as possible, she wound up shunted aside as the know-nothing little sister.

The mediation that I provide for siblings confronting this situation has three goals: helping them agree about their parent's physical and mental health status and ongoing care needs, improving their ability to communicate and negotiate, and disarming past rivalries. Of these, the first is the most difficult to achieve.

Agreeing on the Situation

While siblings often claim to have equal investments in a parent's well-being, they tend to have wildly divergent notions of what Mom can still do for herself. It's usually the sibling who lives farthest away and is the most emotionally distant who overestimates the parent's capacities and heatedly objects to caregiving plans. This lack of unity is compounded by denial, especially when Mom has been diagnosed with a catastrophic condition, such as dementia. There'll almost always be someone who'll say, "She's always been a little forgetful; there's no way she's demented," causing the more attuned brothers and sisters to fume.

To deal with such disparate viewpoints, I convene a planning meeting among the siblings that's as structured as possible, to decrease anxiety and reduce potential conflict. At the gathering, I first praise everyone for demonstrating their commitment to their parent's care by their presence and then remind them that how they treat one another during the period of intense caregiving will have lasting implications for their ongoing relationships with their siblings. I explain that we need to develop a common vision of what the parent needs, now and in the future.

Having conferred with the parent's physician before the meeting, I convey my understanding of the medical and functional issues at hand, and ask each sibling in turn for his or her response. If they disagree vehemently with what the doctor has told me, I explain that physicians' predictions are just informed guesses, but I suggest to them that they'll best serve their parent if they're prepared to help with any possible contingency, including further medical complications. This usually strikes them as sensible, but if they still protest the prognosis, I suggest that we agree to disagree about the contested points with a pragmatic, we'll-take-it-as-it-comes stance. If the meeting has been at all successful, the siblings' perceptions of their parent's circumstance are more aligned by its conclusion.

In Diane's case, her sense of entitlement led her to act on her perceptions of Mom's needs without taking into account her siblings' viewpoints. Their judgment was swift: she was marginalized. But because all of them still wanted to help their mother, they had to find a way to collaborate effectively about her care.

I told Diane that the first step was to hold a meeting with her siblings to find a common perception of Mom's condition. This session was tense but cordial, as many of them are. I'd coached Diane not to react as the hurt little sister, but to hold firm to her view that their mother needed more care. Her siblings initially balked when I conveyed the physician's observation that their mother was declining, but by the end of the session, they grudgingly admitted that she was getting older, even if her arthritis hadn't progressed. They agreed that she required more hands-on help, though she didn't need to be placed in an institution yet.

The second mediation goal is to create a process of communication and negotiation. I urge siblings to set up a listserv for ongoing dialogue about the parent's medical and logistical requirements, including postings of the latest medical progress notes, insurance-benefits statements, and bank statements. The purpose is to provide enough information that everyone can have a common understanding of the parent's needs. I suggest that they have a formal "board meeting"—in person or via conference call—at least every three months to review the parent's status, check in with one another about how each of them is coping, and negotiate the assignment of tasks.

When Diane and her brothers and sisters began communicating on a listserv, several encouraging changes occurred. The amount of information that she shared and her obvious grasp of the complexities of the medical and insurance systems demonstrated to her siblings that their little sister had greater competence than they'd credited to her. The tone of their e-mails and phone calls to her became more respectful, even admiring. Meanwhile, the frequent exchanges among the sisters and relative silence on the part of the brothers made clearer that there was a marked imbalance in gender roles. When the sisters pressured their brothers to do more for Mom, they reluctantly agreed to visit her more often and help with some home repairs.

Because this was mediation, not in-depth family therapy, it wasn't my intent to plumb the depths of Diane's sibling relationships. Rather, in three sessions spaced months apart, I facilitated the development of a more equitable family caregiving plan and increased mutual regard among the brothers and sisters. Diane continued to participate actively in Mom's daily care, and her brothers and sisters began applauding her efforts. She came to acknowledge that her siblings cared for Mom in their own ways, and she was glad that they were becoming increasingly involved. In the end, their mother didn't go to a retirement community, but received more intensive help in her home because her children were working together as a team. Because of the siblings' greater collaboration, Mom thrived, and the family became stronger.

This blog is excerpted from "Doing What's Best for Mom and Dad," by Barry Jacobs. The full version is available in the September/October 2010 issue, Life After 2.0: Has the Digital Revolution Become a Relationship Revolution?

Read more FREE articles like this on Families.Or, find articles just like this one in our Archives on the new, enhanced Networker mobile app! Click here for more details.

This article is a good example of a problem plaguing up to 1 in 4 families, and unfortunately few know have a clue how to solve it. We at www.ParentingOurParents.org have the first and only intergenerational coaching program and nationwide offer not only temporary but long term solutions. We show distressed middle-aged siblings and aging parents how to become a team, handle the needed work and decisions, and then enjoy some old-time family fun. Not only does everyone have more support but they avoid the disasters of litigation that too often occur and permanently destroy families.