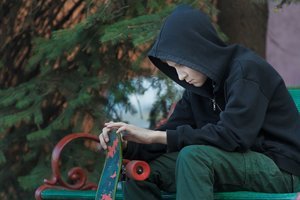 A therapist's first steps can make an indelible imprint on his or her sense of calling, shaping the career to follow. My own first steps included counseling "troubled" boys in several rural Pennsylvania high schools. Most of the boys had grown up in harsh circumstances; their case histories were litanies of abuse, neglect, and conflict. Nonetheless, most viewed counseling as a form of punishment, perhaps slightly worse than detention.

Fueled by enthusiasm, some prior success teaching art to impoverished inner-city kids, an academic education in psychology, and a few supervised clinical experiences, I felt ready to go. I imagined myself teaching tough, sullen kids to open up—the long-suppressed words of their pain gushing forth, as they "got real" with me and began their journey toward self-discovery and healing.

Early each morning that cold winter, I'd toss sandbags into the back of my pickup and wind my way up ice-slicked roads past the corrugated mountains, slate quarries, and swift river waters that flowed through Mauch Chunk and Lehighton. As the sun rose, the snow fell against the treeless, shale mountainsides. This austere, stark, yet ultimately beautiful landscape foreshadowed the kids I'd come to know. These boys seemed to long for the hills—a place where life was more visceral and action-oriented than the pastel-hued guidance office where we met, ostensibly to discuss their lives and feelings. Many came to school decked out in camouflage and boots, as if anticipating the deer-hunting season; its first day was an official school holiday.

My initial idea was that offering a receptive ear and verbalizing positive regard would be the key to helping these kids. I thought I could transmit the hope, optimism, and encouragement they needed by expressing unwavering trust and belief in their potential.

There was only one problem with this plan: it didn't work. Nothing changed. I asked them questions like, "Tell me more about what it felt like to be yelled at by your dad?" or "What would it take to feel safe opening up?" But our conversations remained superficial. They responded to my efforts to help them with bored monosyllables or sarcastic quips. Here were boys facing expulsion or even incarceration, whose lives were chaotic and full of conflict, and yet they conveyed no palpable sense of urgency to deal with their problems. And my anxiety grew as I reflected on the ticking clock of their adolescence.

As I drove home at the end of the day, the boys' resistance weighed heavily on me. Lying awake at night, I tried to put my failure into perspective. Maybe these kids weren't the right clients for me? Maybe they weren't the right clients for anybody. Then it dawned on me that maybe I was going about things the wrong way. I'd been so busy trying to give their most limited words and gestures some kind of positive spin that I hadn't paid much attention to their most obvious "symptom"—the difficulty they had communicating about virtually anything, much less expressing their feelings. The few responses they seemed to have were primarily angry, sullen, or glib.

For instance, here's a fairly typical exchange that happened when I asked one boy, "Why did you fight that student?"

"The kid's an asshole and he deserved it."

"But why did he deserve it?"

"Just because he did. Forget it."

"Okay, well how did you feel after the fight?"

"You know, like he fucked with me and got what he deserved."

"Do you have any feelings of regret or guilt?

"Nah, I don't know what you mean about regrets and shit. He had it coming and that's it. End of story."

As I thought more, it became apparent that these boys couldn't yet respond coherently to important life situations, because they couldn't describe how they felt, what their experiences meant to them, or what they hoped to accomplish--the basic building blocks of therapy. The only terms they had for describing their rich, if chaotic, inner lives were sledgehammer words and phrases—"I'm pissed," "It sucks," "Who cares?" As they used those phrases repetitively, their emotional lives were effectively flattened, their individuality lost.

If therapy with these kids was to be effective, we needed more and better words, and we needed them to be readily available so they could be used as tools to complement the sledgehammers they already had. I began to think about how I might be a conduit for the emergence of those words. If they felt more comfortable with me, I wondered, would they feel more comfortable adopting the kind of communication I modeled for them?

It was worth a try, so I took off my counselor hat, threw out the scripted language of therapy as I knew it, and just started talking, cajoling, joking—low-key, but definitely insistent. My inquiries were mixed with casual banter about girls, football, and, of course, hunting. Rather than setting an agenda for the therapy, I engaged the topics that emerged, focusing more on talking with them than asking them to talk like me. I asked fewer leading questions and made my comments shorter and more pointed.

I became more sensitive to how much the starkness of their feelings affected their psychological lives. In a way, the frustration of being limited to a narrow range of descriptive words like "awful" and "excellent" intensifies what you're feeling, and your emotional life can feel more extreme and polarized. As I mirrored this perspective by forcing myself to phrase things in black and white terms—"So are you gonna fight this kid or walk away?"—it was amazing to feel the therapy develop a pulse.

Slowly the boys let me see that, in their minds, they were waging near-mythic battles—against peers, a parent, the school principal, or all of the above. Yet these battles were being waged without any coherent narratives, only jumbled images, words, and feelings, all whirling around like a washing machine stuck on the spin cycle. Their minds were too tossed and roiled to make either emotional or cognitive sense of their experiences, and this confusion ultimately led to a complete breakdown in the ability to take constructive action to solve even the most basic problems.

They had many more words for permutations of anger than they did for virtually any other kind of emotion. So we worked on expanding their awareness of words to describe more complex feelings, such as guilt, regret, or satisfaction. To accomplish this, it was critical to focus on concrete situations and to make my emotional work with them a kind of multiple-choice interchange. "You gotta admit, when Darryl ‘ratted you out' to the principal, you were pissed, but you also felt regret for what you did—it seems like you wish you could take it back."

The emergence of better communication not only enriched the therapy, but also fostered real accomplishment. Our sessions became more goal directed, highlighting the relationship between cause and effect in their lives. "If you want to be admired by others, you'll have to give them a reason why. Let's talk about how to earn their respect." "I know you want a good job, so let's figure out the steps to make it happen." "If you want your grandfather to take you hunting, he needs to see that you're ready. How could you show him that?" By the end of the year, every boy I worked with had established a tangible plan for gaining something that was important to him. Their goals had lived in their minds all along, but they needed to put them into words to have any chance of achieving them.

So Many Ways to Connect

Connecting with boys in psychotherapy requires an open mind about the approach to use. One practical way that works for me is tossing a softball back and forth in my office. (I used to go outside and play catch quite often, but was never able to adequately steer the conversation toward topics that brought us closer.) After just a few tosses, I start talking about world records, and how many consecutive catches it would take to get in the Guinness book. The prospect of being the best at something is a major hook for boys of all ages.

From there, the conversation can segue into topics of more personal significance: "How are things at home?" "What's your new school like?" "How will you handle it if she says no?" It's a simple thing, but is typical of what gets boys engaged in therapy. Just getting their heart rate up seems to intensify thinking and communication, making it more likely that the words exchanged will stick in a boy's memory.

I find it valuable to demonstrate this technique in front of parents, often during the initial interview. I want parents to see that involving boys in a physical activity helps reduce their feelings of vulnerability, and actually turns their brains on. Also, first impressions are important, and I want boys to leave that first session with a memory of fun, action, and rapport—quite the opposite of the uncomfortable stillness that often results from direct inquiry into their thoughts and emotions.

We think and feel in words. The silent, sullen boy stalking the mall's game store may be next in line for an underemployed, lonely adulthood if we don't teach him how to maintain effective social contacts with others. The need for a social evolution—one that expands our understanding of boys' potentials and supports a broader vision of masculine expression—flows not from political correctness but from sheer necessity. Therapists who work with boys are on the front lines of facilitating this evolution.

As we raise and support the next generation of boys, it's vital that we give them the tools to be full participants in society by helping them find the words to define themselves and relate to others. To do so, therapists and parents alike must explore new means of engaging silent youngsters, going beyond the business-as-usual inquiries about thoughts and feelings to discover activities or conversational approaches that stimulate a real connection and encourage them to open up to a broader range of verbal expression. By doing this with dedication and determination, we can help boys of all ages cross the communication divide.

This blog is excerpted from "Lost in Electronica" by Adam Cox. The full version is available in the July/August 2006 issue, 21st Century Teens: 2 Cool 2 B True?