Are You Suffering from Planetary Anguish?

Reversing Climate Change May Not Be Beyond Our Reach 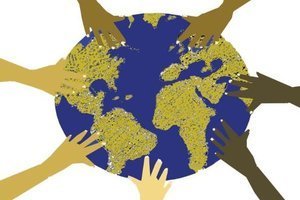 I don't like to think about global environmental problems, and neither do you. Yet we can't deal with problems we can't face. Isak Dinesen wrote, "All sorrows can be borne if put into a story." Here's my story. In the cataclysmic summer of 2010, I experienced what environmentalists call the "'Oh shit!' moment." At that time, the earth was experiencing its warmest decade, its warmest year, and the warmest April, May, and June on record. In 2010, Pakistan hit its record high (129 degrees), as did Russia (111 degrees). For the first time in memory, lightning ignited fires in the peat bogs of Russia, and these fires spread to the wheat fields further south. As doctors from Moscow rode to the rescue of heat and smoke victims, they fainted in their non-air-conditioned ambulances. In July, the heat index in my town, Lincoln, Nebraska, reached 115 degrees for several days in a row. Our planet and all living beings seemed to be gasping for breath.

That same month, I read Bill McKibben's Eaarth, in which he argues that our familiar Earth has vanished and that we now live on a new planet, Eaarth, with a rapidly changing ecology. He writes that without immediate action, our accustomed ways of life will disappear, not in our grandchildren's adulthoods, but in the lifetimes of middle-aged people alive today. We don't have 50 years to save our environment; we have the next decade.

Nothing I'd previously read about the environment could quite prepare me for the bleakness of Eaarth. I couldn't stop reading, and, when I finished it, I felt shell-shocked. For a few days, all I could experience was despair. Everything felt so hopeless and so finite.

During this time, my grandchildren came to visit. As we picked raspberries, I thought about all the care we lavished on the children in our family. We made sure they ate healthy foods and brushed their teeth with safe toothpastes. We examined and treated every little bug bite or scratch. And yet, we—and I mean all the grandparents in the world, including myself—hadn't worked to secure them a future with clean air and water and diverse, healthy ecosystems.

Had we been in a trance? That summer, when I listened to friends talking about mundane details of life, I wanted to shout at them, "Wake up! Please wake up! Our old future is gone. Matters are urgent. We have to do something now."

After years of being a therapist and a mother, I've learned that shouting "wake up" doesn't work. One of my most dispiriting realizations was that while I wanted desperately to preserve the world I loved, I didn't even know how to share this fact with my closest friends.

One night, my daughter and her family came for dinner during a record-breaking rainfall. After the baby went to sleep, we watched the wind whip through the pines and listened to the torrents of rain hammer our windows. Sara asked if my husband and I thought the rain was related to global climate change. Jim and I stared at each other, too confused to speak.

My wonderful daughter had the dreams all mothers have for their children. She was already doing her best. I couldn't bear to inflict any pain on her. However, Sara was persistent in her curiosity. In the most positive, calm way that I could, I told her what I'd recently learned.

Sara was devastated. She and John quickly bundled up the baby and said good night. I could see her weeping as she tucked Coltrane into his car seat. I felt anguished, and I wasn't sure I'd done the right thing. Yet Sara was 33 years old. Could I really shield her from what scientific experts were telling us? Would I want to be "protected" from the truth? Wasn't it better if we faced these things together?

That next week, I couldn't enjoy anything. My conversations with my husband quickly fell into what we call "the dumper." I was afraid to be around friends for fear I'd infect them with my gloominess.

I knew I had to find a way out of my state of mind. I couldn't survive with all that awareness every minute of my day. I wanted to be happy again, to be able to laugh, and to snuggle with my grandchildren without worrying about their futures. But I couldn't forget what I now understood.

What pulled me out of my despair was the desire to get to work. I didn't know what I was going to do. I felt unqualified for virtually everything involving the environment, but I knew I had to do something to help. It was unclear how much my action would benefit the world, but I knew it would help me. I've never been able to tolerate stewing in my own anxiety. Action has always been my healing tonic.

In 2011, I invited a group of people to my house to discuss what we could do to stop TransCanada from shipping tar-sand sludge through our state via the Keystone XL pipeline. We called ourselves The Coalition. For more than a year now, we've met for potluck dinners and planning sessions. We've made sure the meetings have been parties. We've had wine, good food, and lots of laughter and hugs. We've tried to end our meetings on a positive note, so everyone would want to return. None of us has time for extra tedium or suffering, but we like working together for a common cause.

Through the year, we held rallies, educational forums, and music benefits, and set up booths at farmers' markets and county fairs. In other words, we "massified"--a term we used to signify momentum and getting increasing numbers of people on board.

By summer, our entire state had united around the idea of stopping the XL Pipeline's route through our Sandhills and over the Ogallala Aquifer. Our campaign was the best thing to happen to our state since Big Red football. Progressives and Western ranchers worked together, and Sierra Club attorneys were given standing ovations in VFW halls in little towns with no registered Democrats. We staged tractor brigades and poetry readings against the pipeline. What all of us had in common was a desire to protect the place we loved.

As Randy Thompson, a conservative farmer who fought the pipeline, said, "This isn't a political issue. There's no red water or blue water; there's clean water or dirty water."

Our coalition isn't about odds. When we started, we didn't think we had a chance. We did it because it was the right thing to do, and we couldn't let our state be destroyed without a protest. Our reward for this work has been a sense of empowerment and membership in what Martin Luther King, Jr., called a beloved community.

George Orwell argued that pessimism is reactionary because it makes the very idea of improving the world impossible. I found that whether or not we believe we can change the world, even in a small way, acting as if we can is the healthiest emotional stance to take in the face of injustice and destruction.

Neither individuals nor cultures can keep up with the pace of change. Recently I was telling my grandchildren about all the things that didn't exist when I was a girl. I mentioned televisions (in my rural area), cell phones, the Internet, cruise control, texting, computerized toys, laptops, video recorders, headphones for music, and microwaves. The list was so long that my grandson Aidan asked me, "Nonna, did they have apples when you were a girl?"

We're bombarded by too much information, too many choices, and too much complexity. Our problem-solving abilities and our communication and coping skills haven't evolved quickly enough to sustain us. We find ourselves rushed, stressed, fatigued, and upset.

On all levels--international, national, and personal--many situations now seem too complicated to be workable. A friend of mine put it this way: "There are no simple problems anymore."

We experience our own pain, but also the pain of the earth and of people and animals suffering all over the world. Environmentalist Joanna Macy calls this pain "planetary anguish." We want to help, but we all feel that we have enough on our plates without taking on the melting polar ice caps or the dying oceans.

The climate crisis is so enormous in its implications that it's difficult for us to grasp its reality. Its scope exceeds our human and cultural resilience systems. Thinking about global climate collapse is like trying to count two billion pinto beans. Oftentimes, because we don't know how to respond, we don't respond. We develop "learned helplessness" and our sense that we're powerless becomes a self-fulfilling prophecy.

In States of Denial, Stanley Cohen writes about Germany and the denial of the Holocaust. He talked about a state of knowing and not knowing that arises in ongoing traumatic situations. This "willful ignorance" occurs when information can't be totally denied, but can't be processed either. That's the state I think we're in now when we try to deal with global climate change.

We all have a healthy and understandable desire to avoid feeling pain. We want to savor the occasional shrimp cocktail without thinking about the ruined mangroves or read a book about lions to children without wondering how many are left in the wild. Yet we cannot solve a problem we will not face.

Once we face the hard truths about our environmental collapse, we can begin a process of transformation that I call the "alchemy of healing." Despair is often a crucible for growth. As we expand ourselves to deal with our new normal, we can feel more vibrant and engaged with the world as it is.

We can be intentional when we're shopping, planning a trip, or working in our communities. We can be citizens of the world, rather than consumers, and we can vote every time we hand over our debit card.

We're all community educators whether we know it or not. Everything we say and do is potentially a teachable moment for someone. So appoint yourself a change agent, engage in participatory democracy, and help yourself, your country, and your world. Belief often follows action. The harder we work, the likelier we are to experience hope and to improve our situation.

So let's save and savor the world together.

I wish you well on your journey.

This blog is excerpted from "Global Warming and Visions of a Sustainable Planet" by Mary Pipher. The full version is available in the September/October 2012 issue, The Craft of Conversation: Kindling the Spark of Therapeutic Change.

If you haven't, you might check out the Citizen's Climate Lobby as a powerful coalition helping to address this. They are focusing on means that work in the current system--a carbon fee and dividend--to create incentives that work to remedy climate problems. And, they are doing it in a very bipartisan, reducing polarization kind of manner...unfortunately, so many other efforts are preaching to the choir; CCL is assembling a very diverse choir.