Myths and Realities of the Asperger's Experience

Normalizing and Mobilizing Clients and Their Families 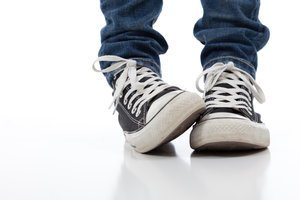 Looking disheveled and wearing shoes without socks, 25-year-old Steven is brought to their family session by his parents, who are deeply worried about his "his failure to launch." His father begins by describing him as a loner who's far more interested in computer games than people. Apparently, he hangs around his parents' house wearing the same T-shirt every day, staying up to the early hours watching his Three Stooges video collection. He's recently flunked out of college, doesn't have a single friend, has no plans for the future, and seems to have no sense of urgency or concern about his life. Diagnosed with ADHD in school, he never really fit in socially as a child—he's always seemed odd to others, preferring to play alone.

For most of us, trying to get other people to like and care about us is an inherent psychological instinct that's hardwired. This isn't the case with people like Steven and others who suffer from Asperger's syndrome (AS). The world of social expectation has only a remote significance in Steven's life. This is readily visible in his dress and preference for his own company.

In typical referral cases in which AS is suspected, I meet first with the young adult or adolescent, and then have a session with the parents to assess their perspective and the student's history. In the individual session, I often raise issues that enable me to assess and motivate the client. In my first individual session with him, I ask Steven about his interests "Trains, and especially train timetables and routes," he says, suddenly coming to life. This kind of monologue provides an excellent representative sample of the larger picture of AS. Language and intelligence are clearly evident as Steven continues his discussion on trains, and yet something fundamental is missing. It's as if his analytically dominant left brain is running amok; he's speed-processing digital facts, but is blind to the analogue nuances of social communication.

Steven is obviously ready to go on all day talking trains. I politely interrupt and begin asking about other issues, including his recent difficulties at college. He tells me the basic details of his situation in a monotone voice, leaving me with little understanding of what really happened, much less how he feels about it. He says college was "not good" and not suited for him. He states that he thought college would be different from high school, but he found it to be the same. On further inquiry, he states that college was about lots of people doing the "same bullshit" as in high school. At this point, I'm driving our conversation and Steven looks uncomfortable and reluctant to reflect.

After our session, I'm left with the memory of having made a diagnosis, but almost no contact with the person behind the label.

Adults with AS often behave as if they were confused actors walking onto a stage and being the only ones who don't know the lines or the plot. Worse still, their ability to fake it—to just pick up the emotional tenor of others—is severely limited by their concrete, inflexible thinking style. People with AS aren't able to shift their attention easily or adapt to changing circumstances. Unexpected departures from routine can throw them into complete catatonia.

I eventually begin my treatment with Steven by discussing the strengths and challenges of AS, describing it as an extreme learning style. I offer some basic information about the nature of Asperger's syndrome, including demographic studies that suggest an incidence of at least 1 in 200 people, with 90 percent of these being males. In lay language, I explain that the condition appears to stem from a lack of neural integration, rather than from discrete neurological impairments. As a result, children with Asperger's typically have normal language and intelligence. In fact, problems often become evident only later in their development, and many individuals reach adulthood without diagnosis.

I also meet separately with Steven's anxious and exhausted parents and follow these separate sessions with a conjoint family summing-up session. When I explain that Asperger's is a neurobiological condition that isn't a result of poor parenting, his parents are profoundly relieved to hear that the cause of their struggle over all these years has a name and that their concerns and exhaustion are shared by many parents in their situation. Then tears of relief and sadness start to flow. These moments with parents are among my most touching experiences as a psychologist, since I identify with the emotional toll of raising a socially confused and often rejected child.

Asperger's syndrome places the therapist face to face with the separate realities of social and analytic intelligence: two fundamentally different ways of understanding the world. Most of us have some level of integration of both domains, which allows for a more efficient and flexible response to changing circumstances. In AS there's usually an extremely dominant, analytic, left- hemispheric bias, which leads to seeing the world as isolated elements without context. Adults with AS feel they need every piece of information before being able to make any decision and are unable to discriminate between the essential and the nonessential. One of my initial goals in therapy is to provide clients with an awareness of this bigger picture, helping them realize the role their brain plays in their everyday practical and social understanding. With both the client and the family, I go over in detail the problems related to empathy, communication, and executive skills typically experienced by clients with Asperger's.

Therapy with AS is a step-by-step process of skill training, life planning, and helping clients integrate their unusual and obsessive talents into a productive life. With Steven, our time was balanced between working on specific behavioral goals (i.e., improving his sleep schedule) and the more complex process of social skill training and enhancing communication awareness.

With my support, he joined a train club not too far from his home. Although this provided him with the beginnings of a motivating social experience rooted in his interest, he needed repeated prompting to attend the meetings. AS clients typically exhibit symptoms of social avoidance and must be encouraged to increase social interactions gradually.

Steven is now attending a community college and is making slow but consistent progress toward a degree in computer science. An early focus for us was basic social skills. For example, he was unaware of the social taboo of staring at girls who were attractive to him. We practiced social presentation and nonverbal communication every week. We'd role-play situations and, as homework, I asked him to act out certain scenarios in his room and practice expressing specific emotions. Once we'd achieved a fairly acceptable repertoire, I photographed his best examples and he then placed these on the wall next to his mirror. This helped him practice what each expression felt and looked like on a daily basis.

He's become more aware of his body language and participates in an acting club on campus, actually preferring this over the train club. As our relationship has developed, he's begun to understand more clearly several key social concepts, such as the differences between certain types of conversation, which we continue to practice at each session. For example, the chit-chat (informal) mode of conversation was difficult for Steven to understand. He's had to learn that sometimes conversations have no point or purpose, and that someone doesn't have to have a correct or better opinion. He's also grasped the idea that one doesn't have to express one's opinion in every situation. The fruits of this work are reflected in Steven's reports of moments of social success and enjoyment. I plan on seeing him for at least another year, with the goal of gradually spacing our sessions more.

I'm often asked about the kind of love adults with AS experience toward their partners and family members, because it doesn't appear to be grounded in the outward expression of warmth and caring that most of us strive for. Parents of children with AS often confide to me that they're unsure whether their children really feel loved, or even like a part of the family. In trying to explain the way people with AS express love, I often remember one of my early trainers who'd lived through the World War II blitz over London, when the city was ablaze every night as bombers unleashed their fury. I asked him what it was like to see this daily carnage and terror as a teenager. He calmly explained that he remembered often looking up at the bombers flying overhead and thinking "How very strange that people would do such a thing; it's really quite absurd."

This man cared deeply about his country and his people, yet expressed this reaction in a detached, unemotional manner. Did he care any less than the man or woman who screams hysterically about such atrocities?

I've always been taken by the idea that there are conventional and unconventional ways of expressing love in any given situation. As relational beings, we have to be clear about what kind of expression we need or desire.

This blog is excerpted from "The Missing Piece" by Richard Howlin. The full version is available in the July/August 2009 issue, A World of Difference: Living with an Autism Spectrum Disorder.

I liked the article, and I am living with an undiagnosed Adult with every sign and symptom of AS. He is a good person and, once I learned as much as I could from the behavior (and was eventually able to encourage him to take an online assessment), did I realize that I had to alter my way of communicating with him. He is extremely intelligent, but at age 55, and with a (barely-attained) college degree, still works for low wages in a job that does not require ‘on your feet’ thinking. Still, I have become a better person knowing him and I have much more tolerance (and less expectations) of human behaviors.

This is the best article I have read in many years of treating autism. While we have moved towards looking at the autism spectrum rather that strictly focusing on ADD, ADHD, Asperger, etc. The assessment and therapeutic approach of Richard Howlin is among the best I have ever read.