Lessons from a Mind in Decline

What Do You Tell Your Clients...and Yourself? 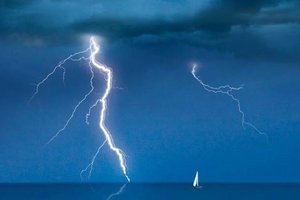 December 29, 2013. It was still dark as I was walking the unlit path to my friend’s house for our weekly meditation meeting. Suddenly, my feet went out from under me. For a moment, I was horizontal in the air. Then I crashed down onto the pavement, landing on my back. Thank god, I had the reflex to clench my neck tight and hold my head forward. I could’ve landed on the back of my head and cracked it open like an egg. I looked down at the sidewalk. I’d stepped on a patch of glassy black ice. For the next couple of days, my body was sore from head to toe, but at least I didn’t seem to have the symptoms of concussion.

January 2, 2014. “Talking about my anger now doesn’t seem right to me,” Sheila said angrily. The session was going poorly. Slowly but surely I was being dragged into battling with her about our therapeutic plan, which I was actually having difficulty remembering clearly. I thought she was supposed to be opening up to her husband Bob about her accumulation of angry feelings. She was resisting, and I was pushing despite feeling a little lost about why it mattered so much.

Why aren’t I adjusting? Why am I forcing this? I wondered.

“I understand, Sheila,” I said to her, “but I think there are always reasons to postpone, and I’m wondering if perhaps we should move ahead anyway. What do you think, Bob?”

“Actually, I’m with Sheila on this,” he responded. “I don’t think you’re really hearing her.”

Now he was annoyed with me, too. I didn’t know what was going on with me. I usually know better than to try to impose my plan on a couple united in their resistance. I fumbled through the rest of the session, feeling really off my game.

January 11, 2014. I opened the door and there were two couples sitting in my waiting room. With exaggerated courtesy, I bowed to them both, and they laughed. Then I stepped back into my office and closed the door. I quickly checked my appointment book and then emails. Sure enough, I’d double-booked. We all do it every once in a while, but this was my third scheduling error in as many days. Despite a smiling veneer of playful fallibility and an offer of a free session to the couple I had to send away, I was thoroughly shaken.

“I don’t have a clue, and there’s nothing funny about it,” I barked. We both knew I’d put the groceries away the day before.

It was happening at home, too: an increase in forgetting, misplacing things, losing my train of thought, entering a room and not remembering why I was there. All the normal symptoms of a nearly 70-year-old brain were becoming increasingly frequent. But eggs in the freezer? I was anxious and embarrassed about it, which made it even worse.

Many of us of a certain age live with the fear of early-onset dementia, cognitive impairment, Alzheimer’s—call it what you will. Incrementally becoming a vacant body to be tended, fed, changed, pitied was my worst nightmare.

Lying by my side in the dark, Kate said firmly, “You know, we have to get this checked out.” The egg episode had freaked her out.

“Well, what about the fall?” I said. “Even though I didn’t smack my head, my brain might’ve snapped backward against my skull, like whiplash in a car accident.”

“Maybe the MRI will show some post-concussion effects,” Kate replied, “but we have to consider everything.”

I knew what she meant by “everything,” and I knew she was right. I needed to find out whether this was transitory or progressive, whether I should even continue to practice, and if I did, how to do so safely and responsibly for my clients. I was scared.

March 12, 2014. “There are three microbleeds that show up on your MRI,” Dr. Goodman said. “It’s impossible to tell whether this is from your fall or your heart surgery. There aren’t any indications of postconcussion effects, but they might have already resolved. From the look of the neuropsych testing you had last week, you don’t have any signs of a progressive disease like Alzheimer’s, but you do have quite a few deficits that you’ve probably always had in the nonverbal/spatial areas.”

“I do feel assaulted by an army of senior moments,” I said, trying to be light. “But does this mean that it’s okay for me to continue to see my clients? I don’t want to do them any harm.”

“Well, from what you said, it seems like the quality of your clinical presence has returned,” he replied. “So I’d cautiously continue working and regularly check in with a colleague for a few months. You should also develop a variety of mnemonics to help you stay on top of your appointment book.”

March 16, 2015. It’s been about a year. Thank god, I’ve gotten better. Not all the way—I still have to be a zealot about scheduling accurately—but by cutting back my clinical hours to half of what they used to be, the quality of my clinical presence and concentration has returned. My connection to my clients and passion for our work is fully back, and somehow, I’m beginning to be less anxious about not being as sharp and quick as I once was. Now I can look my clients in the eye and say, “You know that I have to write that down because my aging memory isn’t as good as it used to be.”

But despite doing better, this past decade of health crises has taken its toll. I’ve had a crash course in what all of us will face in one way or another as we age. Cancer, heart surgery, and this terrifying bout of cognitive impairment have brought home the fact that we all live on borrowed time. I knew that, yet somehow I didn’t expect to feel so diminished by it, to feel so suddenly and truly old, a little like the grizzled guy who stares into his bathroom mirror every morning and says, “I don’t know who the hell you are, but I guess I’ll shave you anyway.”

Suddenly, I remembered when I sailed across the Atlantic alone in the summer of 1982. Each day I’d use my sextant to track my course and mark my tiny X on the great North Atlantic Ocean chart. One day, I put my X in the middle of the chart and paused. I was truly a speck in the vast sea. I was more than 1,000 miles from land, from anywhere. For a moment, I felt trapped and panicked. I knew a strong gale was inevitable, and at sea, you never know if you can ride out a storm.

So too, this past year, I’d felt consumed by my fear. There was no place to run, no place to hide. There still isn’t. But now, I feel calm and steady. Now, when I see that old guy’s face in the mirror—my face—I just smile and say, “Well, I guess I’m going to shave you today.”

This blog is excerpted from "Writing on Water" by David Treadway. The full version is available in the July/August 2015 issue, Should This Marriage Be Saved?: Therapists and the Dilemma of Divorce

Thank you for sharing this. I never had a fall like you had (hope you're all better), however I do have times when I'm so off my game that I question myself due to feeling ill or overwhelmed. This post made me feel normal.