How to Overcome Your Fear of Couples Therapy

What's at Stake When We Only Treat One Partner 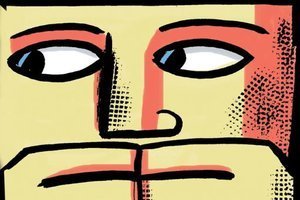 We’ve learned how easily one partner’s tone of voice can trigger the other’s amygdala, how the mirror neuron system can instantaneously shape our ability to grasp each other’s inner world, how few of the countless implicit messages passed between people in any interaction are conveyed by language or even become conscious. As Dan Siegel has put it, we’ve moved from a “single skull” model of the brain to the “neurobiology of ‘we.’”

So here’s the question for clinicians: if we now recognize how inescapably relational and interconnected people are, why do most of us continue to work primarily with individuals—most of whom grapple with serious, persistent problems in their intimate relationships?

Part of the reason, of course, is that so many clients themselves avoid couples therapy. Sometimes they resist because they aren’t motivated, or because they fear the unpleasant things their partners might say about them. Often they resist because they want to avoid the unwelcome challenge of self-confrontation that accompanies hearing their partner express dissatisfaction with them and their relationship. Besides, why should partners risk exposing their deepest vulnerabilities with the very person they may see as the cause of their emotional struggles?

By contrast, individual therapy seems like a safe haven. Clients want, and usually get, plenty of empathy from their therapist, and they don’t have to share this special relationship with anyone else. They have the freedom to work on issues that they select, on their own timetable. If they aren’t ready to deal with a problem—a struggle with selfishness, deception in an intimate relationship, addiction—they can simply minimize it, or never bring it up at all.

Another, less-discussed reason that most psychotherapy today is focused on the individual is that many clinicians themselves prefer it. When working with an individual, we get to establish a one-on-one relationship that’s usually pretty rewarding for us. Most of our individual clients feel positive toward us; many express appreciation for our efforts. We get to apply skills that we think we’re already good at: active listening, understanding, and acceptance. If a misunderstanding or power struggle emerges with a client, there’s usually far more calm predictability in the process of addressing it than happens when angry spouses square off against each other in our offices.

Couples therapy, by contrast, can feel like piloting a helicopter into a hurricane. When we started doing couples therapy, more than 25 years ago, full of hope and enthusiasm, we were unprepared for the hostility, bitterness, distrust, and occasional homicidal rage that we’d witness. (One of Ellyn’s clients once sprayed her allergic husband with insecticide, hoping it would close up his airways and kill him.) Brain research suggests that the part of the brain that processes an emotional assault is the same part that processes a physical assault, so when an individual is verbally assaulted by a partner, the brain responds as though he or she is being punched in the stomach, prompting the same toxic mix of fear and rage.

How, then, are we to proceed? How do we construct a bridge of understanding between people who may disagree hotly about what’s wrong, resist self-awareness in the service of blaming each other, have unequal motivations for change, and continue to be terribly unkind to each other? Being an effective couples therapist requires us to develop skills we may not come by naturally and to spend a lot of time feeling unsure of our capabilities.

When Tom called for an appointment, he told me that he and his wife, Betsy, were just having a few communication problems. As their first session began, Betsy described a 30-year marriage in which she felt shut out by Tom’s tendency to “space out” and spend a lot of time away from the house.

Barely 10 minutes into the session, Tom began to talk about how anxious he’d been feeling during the past week as he anticipated our session. Before long, I got a sinking feeling in my stomach. “I don’t really know what’s bothering me,” he said. “I just seem to stay at work later and later. I don’t feel much desire to rush home.” Years of doing couples therapy screamed out to me: “He’s here to end this marriage, but he won’t say it.” It wasn’t just his words: he barely made eye contact with either Betsy or me; he was emotionally flat, yet perspiring profusely.

“We need to learn how to talk about our issues,” Betsy responded, in a determined but hopeful voice. She put her hand on Tom’s. “I’ve wanted to do this for years,” she said softly. “I’m so glad you finally agreed to come and get some help.”

Looking slightly past her, Tom said, “Yes, we do need to learn to talk better.” He stared down at the rug. “I’m just not good at talking. I’ve never been good about talking.”

As he said this, every fiber of my being was signaling, “This is a man with a secret.” Despite his protestations about his difficulties with communication, he was talking just fine in my office. Could it be that, for some reason, he just didn’t want to speak his truth? My head was spinning. Would he be willing to be direct? Or would I be the one who had to ask? What was the secret that was going to be revealed?

“Tom,” I began, “what do you think your anxiety is telling you?”

He replied, “I’ve been anxious for years, especially when I get into bed at night. Now, since we decided to get therapy, I barely sleep at all. She thinks I have an intimacy issue.”

Immediately, Tom began rambling on about how compatible he and Betsy were. “I really value her friendship,” he said. “And we’ve been good parents together.” Not a word about what the anxiety might signal. The temptation was to allow him to continue on like this, especially since Betsy was nodding along as he spoke, seeming not to pick up on what I was sensing.

Could I postpone my probing for the real story? After all, I was tired. I could slow down for now and hope that between sessions, Tom might tell Betsy the truth. But my instincts told me that wasn’t going to happen. Plus, they’d come to me for help, not for self-protective silence. After years of doing couples work, I knew that sometimes what we must offer, at least initially, is pain.

I turned to Tom and simplified my earlier question. “Sometimes spouses are afraid to grow and change, while other times they’re afraid to reveal something painful,” I said to him. “I wonder which of these is more true for you?”

At this, Betsy sat up straighter and looked directly at Tom, who grew silent for what seemed like an excruciatingly long time. Still he said nothing. He appeared to be deliberating whether this was the time to wreak havoc on his marriage. My dread was mounting and I imagined his was, too. Finally, he said, “The last thing I’d ever want to do is hurt Betsy.”

I nodded. “You deeply value the friendship you’ve created with her,” I said. “Are you concerned that you might say something that will hurt Betsy or lose something meaningful?”

Eventually Tom revealed what he’d been struggling to contain: he didn’t want to be married to Betsy anymore. For years, he said, he’d given up his desires for long backpacking trips into the wilderness, returning to Wisconsin to live on the lake where he’d spent his childhood, and leaving the business world to become a chef. Now that their youngest child was graduating from college, he wanted to explore a new life. He said to Betsy, “I’ve worked for years to support you and the kids at a job that’s bored me to death.”

I could see Betsy struggling not to break down into tears. Tom looked glum, barely moving a muscle. I could see the dawning realization of a devastating awareness spread over Betsy’s face. What was I to do now? In graduate school, I’d spent many hours role-playing how to help couples compromise and arrive at mutually agreeable goals, but here was no easily resolvable disagreement. Tom had been preparing himself to make this speech for a long time. His mind was made up.

Betsy began to weep uncontrollably. “I thought you were finally coming to therapy so we could get some help,” she sobbed. Tom slumped in his chair, rubbing his face with his hands. I sat with them in the rawness of the moment. I was watching a dream being crushed, and felt I’d somehow helped to trigger its destruction.

When the hour was up, they got up heavily. “Well, I guess that’s that,” Tom murmured. While keenly aware how much easier it would be to let them go and avoid the pain of watching them dismantle their 30-year marriage, I insisted they return. So much was left unsaid between them. These weren’t two people who hated each other; they were two people who didn’t know how to process intense feelings.

Over the next few months, I’d witness more heartbreak and raw emotion as Tom finally dropped another bombshell: he’d realized that he was gay and had secretly begun to explore relationships with men. He’d been wrestling with his gayness for years, fearing rejection from his kids and friends. To Betsy, it seemed impulsive. I knew that unless they could process this complexity together, they’d never preserve their friendship and care for each other. And I knew that, left alone, they’d never process feelings they’d avoided during their marriage.

Over time, we continued to slog through the grief and sadness of ending their marriage. They did eventually divorce, but with hard work, they preserved much of the good from their marriage, and I’ve since watched them share weddings, graduations, and grandkids with mutual kindness and good spirits.

Before beginning my work with couples, I had no idea how much could suddenly be at stake in a single session. I hadn’t become a therapist to inflict pain, but I’ve since learned that sadness, anger, shock, and disillusionment can be part and parcel of therapy with couples in serious trouble. Good couples therapy sometimes hurts.

Make no mistake: in our work with couples, we sometimes feel like we’re bringing a water pistol to a gunfight. But more often than not, we get inspired by couples who make the difficult journey, falter, stumble, and rise again—just as we therapists do. When they express difficult truths with loving honesty, it gives us the courage to keep stretching ourselves, and in a profession in which burnout is a prime occupational hazard, perhaps the only feeling that we rarely experience in our work with couples after all these years is boredom.

This blog is excerpted from "Facing Our Fears" by Ellyn Bader and Peter Pearson. The full version is available in the November/December 2011 issue, Who's Afraid of Couples Therapy?: Stretching Your Comfort Zone.

Great article with many great quotes that so clearly express the experience of being a couple'small therapist. I would like to point out that many therapists who do venture into couple's therapy do not have adequate training for working with couples. Those who try to treat couples without any knowledge of systems can cause more damage, rather than helping