Sorting Through the Bewildering World of Therapeutic Apps

Left to Our Own Devices 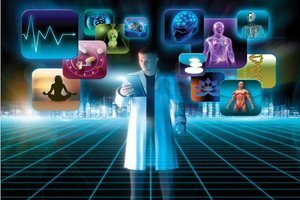 A decade ago, nobody knew what a “mental health app” was, except perhaps a few prescient techies in Silicon Valley. Today, we’re entering a new and fast-expanding universe of emotional self-help—one populated by smartphone apps. They offer tools for everything from depression, social anxiety, and binge eating to phobias, postpartum problems, and substance abuse recovery. They’re even available for such complex conditions as borderline disorder, PTSD, schizophrenia, and bipolar disorder. On an iPhone or Android, anyone can click an icon and track their state of mind, try mood-boosting activities, or get instant feedback on their body–mind status via wearable biosensors that “talk back” to smartphones. Many apps also offer the chance to text with others facing similar issues, engage in real-time talk sessions with therapists, and get immediate crisis help.

The choices are breathtaking. A recent search of Apple’s App Store turned up 1,490 programs for anxiety relief, 2,193 for relationship help, and 948 for depression management. By the time you read this, more will be on the market. There are enough apps for addressing bipolar disorder for a blog called Healthline to post “The Best Bipolar Disorder Apps of 2016.” Some apps rely on a particular therapeutic model, with cognitive behavioral therapy (CBT) leading the pack at more than 4,000 iPhone offerings. Clearly, people are interested: Headspace counts more than 5 million users, while an app called PTSD Coach has been downloaded in 80 countries since it was unveiled in 2011.

Institutions are getting on board, too. The US Department of Veterans Affairs has created a division of mobile mental health services that encourages vets to try out designated smartphone apps. And Coastline, one of the nation’s largest employee assistance programs with clients in 40 states, has begun to recommend particular behavioral health apps to the 180,000 employees it represents. Organizations ranging from the Gottman Institute to startups with names like Electric Eggplant and Archie’s Empire continue to bring new mental health apps to market, many of them relying on venture capitalists to fund their projects.

Whether we’re comfortable with the idea or not, many clients are already using these apps, or soon will be, and will likely look to you for guidance. But from the thousands of choices out there, how is a therapist supposed to distinguish a helpful program from a useless or even harmful one? And since solace-by-app is here to stay, how might clinicians become a meaningful part of this mental health game changer, in ways that might benefit both themselves and their clients?

Mental health apps come in several distinctive, often inventive formats. They can be grouped into five categories: mood tracking, activity-based, mindfulness practice, real-time interaction, and technology-assisted. Many apps incorporate multiple formats, but most tilt toward one particular kind of service. Typically, they start out free but soon upsell, encouraging users to buy a more extensive, feature-heavy package. Some apps make an effort to be therapy friendly, making it possible for a client to share his or her experience with a therapist’s own smartphone, in turn allowing clinicians to track clients’ between-session progress or slippage.

Mood Trackers. These apps act as portable mood journals, allowing users to rate their emotions and symptoms over time, with the goal of understanding possible links between state of mind and specific thoughts, behaviors, and even the presence of particular people, such as one’s spouse, boss, or latest OkCupid date. Popular mood trackers include Moodlytics, gottaFeeling, Optimism, Mood 24/7, and Moody Me.

Activity-Based. These apps typically offer a suite of self-care tools to cope with daily challenges and boost life satisfaction. Some, like SuperBetter, are geared to young people, allowing the user to create a superhero identity and specific adventures to reach an objective, such as Reducing Stress or Being Awesome. There are hundreds more activity-based apps: Quitter helps people let go of unhealthy habits, while Sleepio addresses insomnia. The highly rat¬ed PTSD Coach offers crisis intervention for those suffering flashbacks and overwhelming emotions. BreakFree specifically targets—irony alert!—addiction to technology.

I was initially attracted to the app Pacifica because of its homepage, which features a meltingly beautiful, apricot-hued sunrise. But what won me over was its full-service array of tools, including journaling, chat groups, guided deep breathing, and a “thought diary” featuring a CBT-approach to challenging unproductive beliefs. A few weeks ago, I logged on to try to address my growing anxiety about a dinner party my husband and I were hosting that evening. I’m not a huge fan of cognitive behavioral approaches, so my expectations were low-to-medium. To my considerable surprise, within 15 minutes I’d moved from a previously unconscious belief that “it’s got to be perfect” to the more benevolent mantra of “it’s gonna be fine.” Following this left-brain exercise, I felt the need for a break, so I tapped Pacifica’s Relax Now icon and treated myself to Bach’s Cello Suite No. 1.

My party turned out to be, well, memorably imperfect. I forgot to turn on the oven—which meant we didn’t sit down to dinner for a full hour after the last appetizer had been eaten. But I managed to quiet my inner complaint choir and focus on what was working: the appetizers had been delicious and filling, and the conversation continued to flow. (The wine and beer helped mightily.) Finally, we served dinner: our guests crowed over it, and I saw that my hectic best was, indeed, quite satisfactory. I credit Pacifica for that. Without that immediate access to help on a Saturday morning, I wouldn’t have given myself the time or awareness to shift my disastrous definition of dinner-party success.

Mindfulness. A sizable chunk of behavioral health apps focus on mindfulness practices—some 1,147 at this writing. A 2015 study published in the Journal of Medical Internet Research sifted through 700 of them and ranked Headspace, Smiling Mind, and iMindfulness as the best of the bunch. My personal favorite is Headspace, which offers a free, 10-day series of 10-minute guided mindfulness sessions called “Take Ten,” with the option of hundreds more for an annual subscription fee.

I tried out “Take Ten,” and frankly, I couldn’t wait to participate in each session. In my experience, what makes Headspace not just good but extraordinary is the presence of Andy Puddicombe, a 43-year-old Brit whose manner projects a kind of trustworthy gravitas. Puddicombe, who’s a Buddhist, begins each session with a brief introduction to a particular element of mindfulness practice, and then guides the meditator through a brief body scan. After that, we’re encouraged to focus on our breathing. “Our practice is not about getting rid of thoughts or emotions,” he regularly reminds us. “It’s about changing our relationship with them.” No pressure, just an invitation: “Let’s have a go at that now.”

Connection-Centered. These apps provide real-time emotional support by therapists, trained coaches, or volunteers. One of the best known is Talkspace, a dedicated therapy app that gives users a choice between unlimited text messaging with a licensed psychotherapist (for a fee of $128 per month), or a package of texting along with four video sessions with a clinician ($276 per month). Other apps offer instant support from nonprofessionals, such as Joyable, which promises to reduce social anxiety if you purchase a $99 monthly package that includes the services of a coach trained in cognitive behavioral approaches. Meanwhile, 7 Cups of Tea, which has been downloaded in 189 countries and is available in 140 languages, bills itself as a source of free compassion. Its corps of on-call volunteers—“active listeners from all walks of life”—offer private, one-on-one sessions that give users a place to vent, brainstorm, and get support for emotional challenges.

Wearable Technology (More than a Mood Ring). These days, Silicon Valley types are busy creating the next wave of behavioral health apps, those that collect brain and body data using sensors built into smartphones. These wearable apps—sort of Fitbits for the soul—can record and analyze brain states, social interactions, vocal tone, movement patterns, and other markers of emotional status. Promoted as tools for self-awareness, the programs transmit the analyzed information from sensor to smartphone. Users, in turn, are prodded by the app to take steps to shift their mood and behavior.

What are the potential hazards of behavioral health apps? Privacy is surely one. After all, these apps gather highly sensitive personal information. Steve Daviss, chair of the American Psychiatric Association’s committee on mental health information technology, recently observed in the online magazine UnDark, “While the idea of automatically giving clinicians information from cellphone data is good, it’s also a little Big Brotherish.” This is especially troubling in the wake of the increasing use of behavioral health apps by medical institutions. For instance, if a person’s struggles with depression or anxiety are transmitted to a health insurance company, might his or her premiums soar, or might the policy not be renewed? Kaiser Permanente West notes on its website that if you sign up for Big White Wall app via Kaiser, “your identity will be made known to KP under certain circumstances.”

Do Apps Even Help?

The short answer is that we don’t know yet. According to a 2015 report in the Wall Street Journal, fewer than one percent of mental health apps have been studied for effectiveness—and the apps’ developers have funded some of those trials. A handful of apps have submitted themselves to independent study, most of them pilot efforts.

For now, quality remains hard to judge. Anybody can roll out a mental health app and say it’s awesome. In this digital cowboy culture, there’s no sheriff—or at best, only a part-time one. The US Food and Drug Administration plays a minimal role in assuring the safety or effectiveness of smartphone health apps, stating that it will evaluate only “the small subset of mobile apps that meet the regulatory definition of ‘device,’” that is, a mechanism that seeks to diagnose or cure a disease. The Federal Trade Commission has recently rolled out an online interactive tool to help health app developers figure out which FTC regulations might apply to them, including HIPPA privacy laws. While this is surely a useful step, it falls well short of oversight.

Will Apps Compete with Therapy?

For some clinicians, behavioral health apps may seem like a classic frenemy—a phenomenon that may support therapy while also stepping on its toes. On the one hand, if therapists or their clients can find high-quality apps—and they’re out there—they may be useful complements to therapy, helping clients to practice new behaviors and get immediate support, including crisis help. On their websites, some apps state clearly that they’re not a replacement for traditional therapy.

Numerous studies show that face-to-face connection is vital for fully engaging with, and healing, our struggles as humans. Clearly, we still need therapists to help us heal childhood pain—a father’s abandonment, a mother’s depression, torment by bullies, or simply growing up achingly lonely. A smartphone program isn’t sufficient to get us through major life crises like divorce, serious illness, or the loss of a loved one. Just as a physician is indispensable when a bone fractures—WebMD will never suffice—it’s hard to imagine a world in which therapists aren’t called upon to help restore emotional wholeness.

This blog is excerpted from "Left to Our Own Devices" by Marian Sandmaier. The full version is available in the November/December 2016 issue, The Next Big Thing: Psychotherapy and the Virtual Revolution.