The Golden Rule of Habit Change 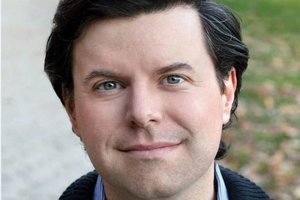 Just like everybody else, psychotherapists are creatures of habit. We open and close sessions using our standard platitudes, we sit in the same old chair that’s been anchored in place since the Carter administration, and we often use the same interventions with clients, even when they don’t seem to be working especially well. We may think of these aspects of our practice as being a stamp of our particular therapeutic approach and style, but at times, the line between stable and stuck-in-a-rut can become a bit blurry.

And of course, we have personal habits we aren’t so proud of: the manicure-destroying nail biting, the midmorning Krispy Kreme, the “why am I doing this?” nightcap cigarette, the “just one episode” of reality TV. Indeed, we may sometimes wonder how we can help our clients overcome their nasty habits if we can’t get a handle on our own.

I turned to New York Times journalist Charles Duhigg, author of the bestsellers The Power of Habit: Why We Do What We Do in Life and Business and Smarter Faster Better: The Secrets of Being Productive in Life and Business to see if he’d share how his findings may help us therapists, both personally and professionally.

RH: You write that the Golden Rule of Habit Change is “You can’t extinguish a bad habit; you can only change it.” What can you tell us about this?

DUHIGG: Well, every habit has a cue, a routine, and a reward. Once you’ve analyzed what the cue, the routine, and the rewards are that are driving a particular behavior, then it becomes a question of figuring out how to find a new routine—a new behavior that corresponds to that old cue—and then deliver something similar to that old reward. That’s critical because you really need a new routine in order to change a habit.

RH: So if you’re trying to quit smoking, you replace the stress relief it provides with something similar?

DUHIGG: Yeah, that’s right. What’s a habit that you encounter with your clients?

RH: Many are out of the habit of exercising and would like to work out more.

DUHIGG: I’m not talking about creating a new habit, but a habit that they want to change.

RH: Let’s say I have client who wouldn’t qualify as alcoholic. She has a drink after work at night, but she’d like to cut back on that.

DUHIGG: The cue for that usually lies in one of five categories. It’s usually a particular place, a certain emotion, a certain time of day, other people, or something that immediately precedes an action.

RH: She’d say a place. She goes into her kitchen after putting her kids to bed and says, “I’d like to have a cocktail.”

DUHIGG: Does she feel that when she goes into her kitchen in the morning?

RH: No, so I guess it’s the time of day. She drinks after the kids go to bed.

DUHIGG: What reward do you think that having a drink provides?

RH: It helps her to relax. It feels like something she’s been looking forward to for a while.

DUHIGG: Okay, so the cue is the time of day. It’s pretty easy to diagnose cues, but rewards are much more complicated. If having a drink allows you to relax and we know that alcohol causes physical relaxation, then we need to test that hypothesis. So you might say, “Instead of having a drink after you put your kids to bed, do something else you find relaxing, like listening to music or meditating.” If relaxing in an alternate form helps you achieve your reward, then it’s the routine of relaxation that’s driving this habit. But that might not do the trick, and you need to consider whether the post-bedtime cue could be triggering something else. It could be socialization with her spouse. It could be that she simply likes the taste of alcohol. It could be that it’s signaling to her a day well done. She’s giving herself the equivalent of some type of pat on the back. She needs to test all those hypotheses, and then at some point she’s going to figure out what the reward actually is. It usually takes a week or more to do a reward diagnosis.

Once you figure out what that reward is, then you start figuring out what behavior is going to deliver something similar. It might be that after you put your kids down, instead of turning on the TV, you spend 15 minutes with music just chilling out. Maybe you say to your spouse, “Hey, I think we should have sex three times a week after we put the kids down.” That feels intimate, and what you’re looking for is some type of intimacy or having a good conversation or whatever it is. The point is, you can find some behavior that delivers some type of reward that’s similar to having a drink. Then it’s just a matter of reengineering the habit motive.

RH: So you’re identifying the cue and the reward and finding a new routine that seems to correspond to those. That seems simple enough. Why is it so difficult in practice?

DUHIGG: Too often people think about habit change in terms of “breaking” a habit, and that’s exactly the wrong way of thinking it. Once you have the neurological pathway associated with a habit, from cue to routine to reward, that pathway is always going to exist. We know this from studies involving both animals and humans. If you simply try and extinguish it, you’re fighting a losing battle. While it’s possible to marshal your willpower and really suppress that habit—we know people who quit smoking that way—in moments of stress, relapse is high, because your willpower will falter. The question then becomes, what’s a healthier, more sustainable way of changing that habit? The answer is to actually change it—to come up with a new behavior that corresponds to an old cue to deliver something similar to an old reward. The next step is to insert that into your life.

RH: You have a new book out on productivity. What do you think Smarter Faster Better might offer therapists in particular?

DUHIGG: It think it’ll be useful for a lot of therapists who are so busy providing a service all day long that they may not feel genuinely productive. And when I say productive, I’m talking about the ability to manage your entire to-do list, from the minutiae to the overarching goals in both your career and personal life. So how do we teach ourselves and our clients to think about productivity in a way that’s helpful? One thing is knowing how to marshal your focus. That comes from building mental models, essentially telling yourself a story about your life as it occurs.

RH: You’re talking about the narrative we have in our heads concerning our work?

DUHIGG: Study after study has shown us that people who visualize what they hope to get done, with even a bit more specificity, tend to be significantly more productive than their peers. Some people, for instance, will say to themselves, “I have a meeting at 10:00.” But others might say, “I have a meeting at 10:00, and I’m just going to take 30 seconds to tell myself a story about how I expect this meeting to unfold. What we know about the most productive and most successful executives and physicians is that they tend to have this habit of telling themselves a story that’s a little bit more specific than everyone else.

This blog is excerpted from "Creatures of Habit" by Ryan Howes. The full version is available in the September/October 2016 issue, Courage in Everyday Life: An Interview with Brené Brown.

A wonderfully organized interview, and it gave great and very useful information!! Thank you!!

I work primarily with children and I have one child in particular who has a habit of interrupting her teacher and asking questions all the time. Could you provide some feedback about what might work as a replacement for behavioral habits that tend to get on others' nerves and get them into trouble with teachers/parents/peers?