Hidden Strengths Can Be the Key to Healing Trauma 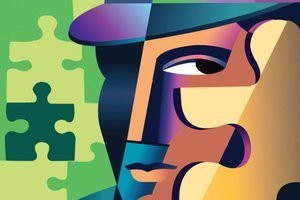 As therapists, we’re taught to be master detectives, methodically investigating our clients’ symptoms in search of a culprit—the source of their pain. But if we spend too much time preoccupied with our clients’ symptoms, we’re likely to miss important clues to their hidden strengths. Over the years, I’ve learned that turning a symptom into a client’s ally, rather than a nemesis, can transform the whole experience of psychotherapy for both the therapist and client.

I didn’t always see symptoms as allies. In fact, my early training in hospital settings taught me to view symptoms as pure pathology, and evidence of impairment. Unfortunately, seeing patients as impaired made exploring their innate strengths and how their symptoms might be resources seem irrelevant to the main task of therapy: medicating, controlling, and managing pesky emotional and physiological problems. To make matters worse, clients’ belief that symptoms were their enemy validated their fear that something was terribly wrong with them. Too often I saw therapy bog down, as patients became even more helpless, stuck, and despairing, rather than moving on with their lives.

Frustrated with the limited effectiveness of the medical model of treatment, I searched for more positive approaches to psychotherapy as soon as I obtained my professional counselor’s license in 1999. I became inspired by solution-oriented methods as well as Ericksonian hypnosis, which proposed that clients have the resources within themselves to heal, based on Milton Erickson’s assertion that clients become stuck when they believe their symptoms have control over them. Solution-oriented therapist Bill O’Hanlon termed this state of powerlessness a symptom trance and warned that we therapists, too, are susceptible to falling into it if we become overly focused on symptoms as pathological. Ericksonian hypnosis uses indirect suggestions that invite clients to reclaim their power by intentionally altering and using their symptoms in the service of change.

My client Monique was a deeply traumatized 18-year-old college freshman. She’d been brutally raped and tortured for two days after a man had drugged her at a fraternity party and held her hostage in his apartment. Before the assault, she’d been a competitive track star and a straight-A student, but her post-traumatic stress reactions had forced her to drop out of school.

Monique’s attacker had been arrested, but constant reminders of the sadistic event haunted her in her Indiana hometown where she’d attended school. Her mother, Bess, thought it might help if Monique stayed with an aunt in Tennessee for the summer. When Bess called to ask whether I could work with her daughter, she told me that Monique had seen several therapists and psychiatrists over the past six months, yet she didn’t seem to be getting any better. In fact, she felt all the doctors wanted to do was “dope her up” and get her to talk about the event over and over again, which she adamantly didn’t want to do.

When I greeted Monique in the waiting room for our first session, she was fanning her flushed face with one hand and wrapping her braided hair on top of her head with the other. She paced back and forth in worn blue Saucony running shoes. Thinking she might be reacting to the South’s steamy weather, I asked, “Is it too warm in here? I can adjust the AC.”

Monique shook her head as she wiped the sweat off her face. “No!” she cried. “I’m having a panic attack!”

I nodded. “Oh goodness, that must feel incredibly scary and uncomfortable,” I said. “If you want, I can show you some ways to get it under control.”

Monique looked at me tearfully. “I hope so. I feel like a total freak.” In my office, Monique sat down for a moment and then popped back up. “I’m sorry, I have to keep moving,” she said. “I can’t sit still when I’m like this.”

I replied, “That’s because your body is giving you extra adrenaline to strengthen you to overcome a challenge. It’s called the fight-or-flight response. When our bodies are in this state, they want to run or move in some way.” I noticed that Monique was paying full attention. “We have a private walking trail behind my office,” I said. “Would you like to go out there? Your body obviously wants to move right now, so walking might help you feel better.” She nodded. Although I was taught to lead clients into calming breathing exercises when they’re panicking, I’ve found that moving the body can bring a panic attack down faster.

As Monique and I walked together on the shady, wooded trail, I asked what she was noticing within her body. “A little more settled,” she said. Because she’d been on the track team and enjoyed running, I suggested that she might get additional relief by jogging for a few minutes. Without a word, Monique began trotting around the circular trail as I monitored her from the sidelines. After the first lap, she reported that jogging did seem to help calm her nerves, and she continued around the trail a few more times. When she finished, she flashed me a half-smile and observed, “Wow, you were right. When I started running, my heart rate didn’t get faster or seem that scary. It just felt like it was supposed to feel when I’m running.” She let out a loud breath. “That’s a relief.”

At our next session, Monique said she’d been walking or running for at least 20 minutes a day. She noticed that it reduced the intensity of her anxiety and was helping her reclaim some semblance of her outgoing, happy-go-lucky former self. She said, “I know I need to talk about what happened to me, but I can’t remember much of it because he had me drugged the whole time.”

I suggested to Monique that instead of slogging through the story from the beginning, she start by telling me the end when she became conscious and escaped the situation. I added, “To me, hearing how you survived such a harrowing event is the most significant part of the story.”

Monique hesitated, then plunged in. “I remember waking up naked in excruciating pain next to this guy I barely knew. When I sat up, the room was spinning and I felt like I was going to throw up. He was sleeping, and I decided that was my chance to get out of there.” She was breathing faster, and I wondered whether I was pushing her too far, too fast. I touched her shoulder to let her know I was there.

“But when I stumbled getting out of the bed, he woke up,” she went on, swallowing hard. “He grabbed my arm and tried to pull me back, and I puked all over him, right in his face! He yelled at me and went to the bathroom to wash it off. I spotted the front door and sprinted out of there as fast as I could, screaming. He tried to run after me, but I was too fast for him. Luckily, two of his neighbors were outside. They were big guys, and they tackled him and pinned him down until the police got there.”

“Wow, way to use your track and field skills!” I cheered.

Monique took a long breath, and then looked up at me. Her face was animated. “Yeah, that was the fastest I’d ever run!”

I didn’t want to interrupt her flow, but I thought this might be a good teaching moment. “Well, that’s the fight-or-flight response in action,” I said. “When there’s something to run from, it doesn’t feel like anxiety. It feels like a natural surge of energy right when you need it. Even the vomiting is part of it. Your body empties your stomach to redirect energy away from digestion and into your legs so you can run faster.”

In subsequent sessions, I continued to help Monique review this part of the story until she could fully embody the feelings of power and strength she used to escape her attacker. To recover from her nightmare experience, Monique needed to piece her memories into a coherent narrative, ending with her heroic escape and survival. From the neurobiological perspective, this meant moving her memory of her ordeal from implicit to explicit as a way of signaling to her emotional brain that her trauma was over and that she was out of danger. We continued to incorporate walking, jogging, and other empowering physical activities into every session to keep her connected to her strength and agency.

By the end of the summer, she was feeling secure enough to return to Indiana and attend a different college. Five years later, she called me during a visit to Tennessee to tell me that she’d finished school, had married a great guy, and had just given birth to a beautiful baby girl. “I wanted to thank you because you were the first person that saw me as a strong person, not a helpless victim,” she said. “Getting me out on the trail to run that first day was like a huge awakening. It made me see I wasn’t broken and could get better. I began to trust my body and myself again.”

Reframing symptoms as allies can’t be approached as a mere technique or therapeutic trick. I always begin by conveying my compassion for my client’s struggle and making sure I have a full empathic grasp of his or her suffering. If I skip or compress these steps, I can easily lose my bond with a client. So I tread carefully before inviting the client to work together to transform a symptom, whose painfulness I always validate, into a quality that increases their sense of power, competence, and purpose.

The truth is, clients who are feeling extremely overwhelmed by or ashamed of their symptoms may not be open to befriending them. As we know, many are bent on learning to control difficult emotions and behaviors. When this happens, I honor their request. But in teaching techniques to regulate emotions, I still share my view that rather than hindering us, emotions are trying to help us take action to solve a problem. Just considering the possibility that a symptom harbors a strength often piques clients’ curiosity and helps them become less frightened of their symptoms.

It may be hard for us to recognize that clients’ symptoms can reveal the path to healing, but if we look and listen carefully, we may find that it doesn’t take a detective to uncover their greatest strengths. Often they’re hiding in plain sight.

This blog is excerpted from "Hiding in Plain Sight" by Courtney Armstrong. The full version is available in the September/October 2016 issue, Courage in Everyday Life: An Interview with Brené Brown.

How timely! I have a new female client, who is a survivor of date rape. I feel this is going to give me additional understanding and tools with which to work with her, as well as other clients, dealing with panic disorder (especially, sexual assault/trauma). Thank you for such practical information, insight and resources!! You all are Awesome! :)

This technique is phenomenal. It shows great insight and compassion for the client's dilemma as well as into the psysiology of trauma. I appreciate how Courtney has transformed a number of therapy techniques into an empowering process for client healing.

Thank you Courtney for offering such a great example in focusing on zeroing in on our clients' strength and resilience. Love the idea of turning a weakness into a strength. Relevant to this concept is when I focus on how clients can transform being a "victim" to a "victor" through learning life skills using worksheets and handouts to show them the "how tos" of changing the focus on weakness to strengths.

Reframing "negatives", acceptance and understanding are critical to change. An excellent article thank you.